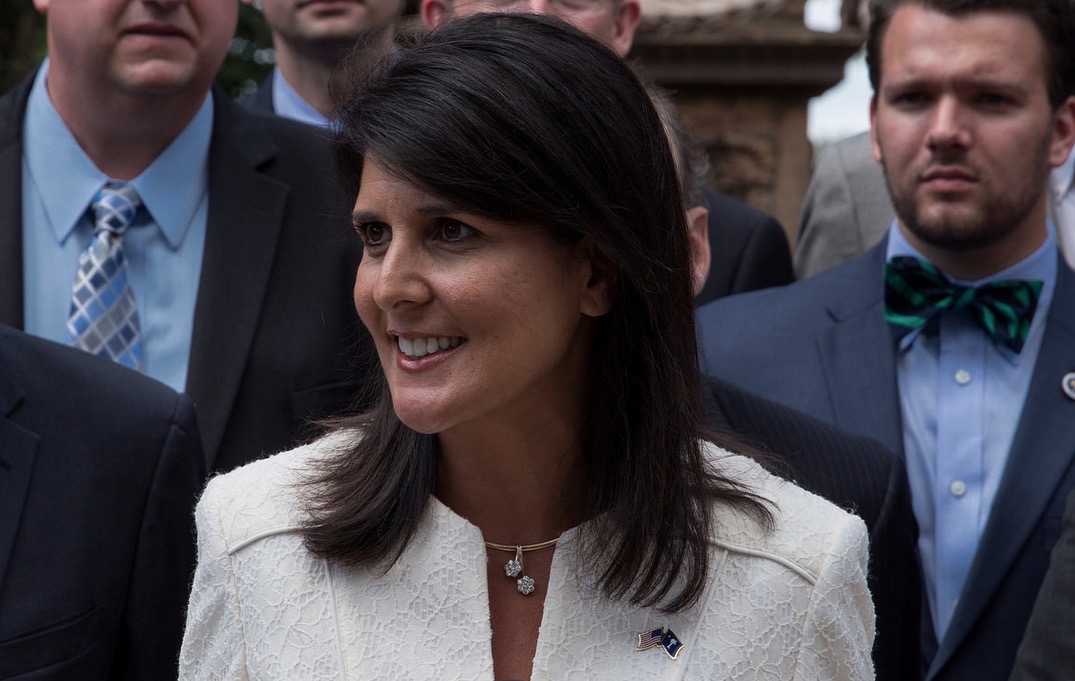 We’re referring to the $123 million in up-front taxpayer money promised to carmaker Volvo – part of a massive government-funded “economic development” deal with the company (owned by Chinese billionaire Li Shufu).

Haley previously stated she didn’t need lawmakers to lure Volvo to Berkeley County, S.C. – a statement which is true only under the most fiscally reckless scenarios.   Given the extent to which the state’s “economic development” borrowing capacity is tapped out, Haley’s plan would subject taxpayers to a whopping $86 million in borrowing costs (along with the $123 million in principal).

In fact taxpayers would shell out $30.6 million in borrowing costs before paying a dime of principal under Haley’s plan.  And another $12 million in interest-only payments would be made in years eight and ten of the seventeen-year obligation.

Also, the payments on the principal balloon at the end of the deal …

Don’t believe us?  Take a look at this spreadsheet obtained from the state’s joint bond review committee … 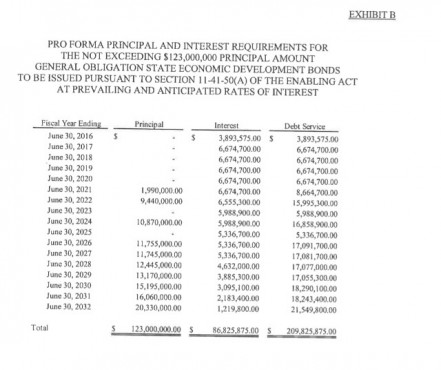 And that’s from a politician who blasted her “Republican” allies for excessive borrowing earlier this year!

According to Haley, though, it’s not her fault.  Volvo made her do it.

“The governor actually said that Volvo requested that we borrow money,” one legislative leader told FITS.  “I can’t imagine Volvo asking the state of South Carolina to borrow money for a bridge and road. All they want is the infrastructure.”

In a letter to S.C. Commerce Secretary Bobby Hitt sent last week, powerful S.C. Senate president (and finance chairman) Hugh Leatherman made plain his objections to such a risky deal.

“I cannot support a financial plan that includes interest only payments in 7 of 17 years of the duration of the bonds as well as balloon payments at the end of the term,” Leatherman wrote.

Yeah … that’s the most liberal politician in state government telling Haley her borrowing plan is too risky.

As noted in this story, House leaders have proposed appropriating a big chunk of the state’s $400 million surplus to fund Volvo’s interchange with up-front cash.  And it appears as though Leatherman is willing to go along with such a plan.

Now the only question is whether Haley will support the direct appropriation – or insist on pursuing a risky borrowing scheme.

As we’ve stated repeatedly, we oppose such handouts on principle (and because they haven’t worked).

Whether using borrowed millions or millions of dollars in cash on hand, it is simply wrong for state leaders to take money out of taxpayers’ pockets to subsidize a billionaire’s investment.  Especially when they are perpetually whining and complaining about not having enough money to fund the state’s network of roads and bridges.

SC Capital’s Growth: Out Of Control