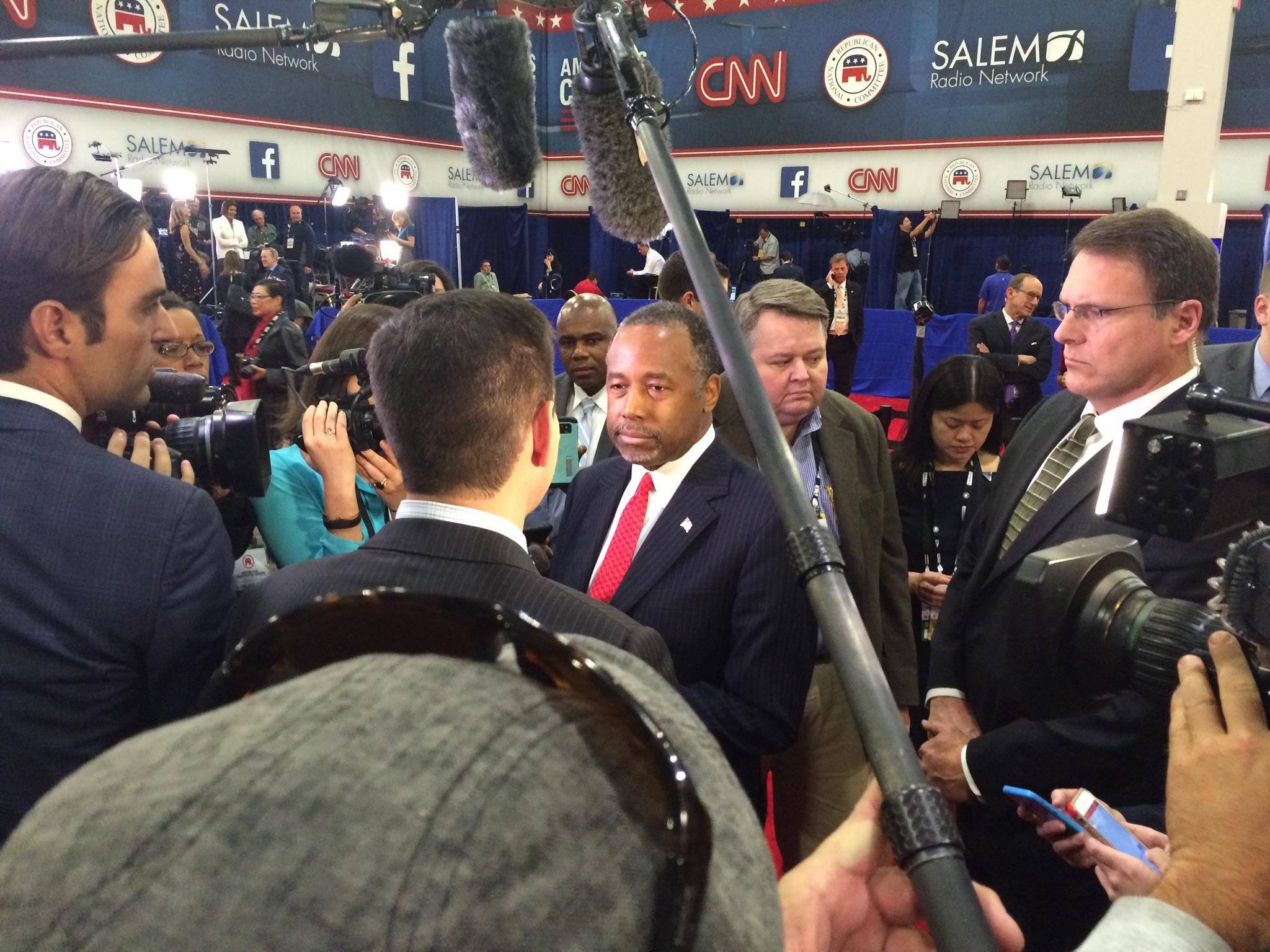 SOUTH CAROLINA NATIVE AT THE HEART OF CANDIDATE’S ONGOING IMPLOSION

According to an aggregate polling compiled by Real Clear Politics, he had overtaken frontrunner Donald Trump in early-voting Iowa.  In fact he was poised to open up a double-digit lead in the critical midwestern bellwether – leading Trump by nearly nine points in early November.

Meanwhile in early-voting South Carolina, Carson had climbed into a statistical dead heat with “The Donald” – trailing him by a little over two percentage points.

All of a sudden the brash-talking frontrunner was on the ropes … with the soft-spoken Carson seemingly offering “Republican” voters the alternative many of them had been looking for.

Right around that time, though, Carson’s campaign was rocked by reports that he fabricated portions of his personal narrative.  Since then, Carson has been free falling … “out into nothing,” as Tom Petty might say.  Err, sing.

After pulling even with Trump in national polling the first week of November, Carson has since cratered.  His support among the GOP electorate has plummeted from 24.8 percent all the way down to 8.8 percent – dropping him from first to fourth place in the race.

Earlier this week, Carson’s candidacy seemed to veer even further off the rails when his campaign manager and nearly two dozen staffers abruptly resigned.  Two of the top resigning officials cited issues with conservative commentator Armstrong Williams, one of Carson’s closest business and political advisors.

A South Carolina native, Williams is no stranger to controversy.

A decade ago, he was paid $240,000 (in undisclosed taxpayer money) by former president George W. Bush‘s administration to promote the “No Child Left Behind” law.  Specifically, Williams was hired “to promote the law on his nationally syndicated television show and to urge other black journalists to do the same.”

Prior to that, Williams – a social conservative who has repeatedly lashed out against homosexuals – was sued by one of his former employees for sexual harassment.  The male employee – Stephen Gregory – alleged that Williams repeatedly groped him and tried to have sex with him on business trips.  When Gregory refused, Williams allegedly retaliated by cutting his pay and eventually terminating his position.

That case was settled out of court.

Carson has attempted to distance himself from Williams in recent months.

“Armstrong is an independent agent,” he said during an Alabama event in mid-November. “He happens to be a friend of mine.  He has nothing to do with the campaign.  Nothing formal.”

Despite his collapsing public support and questionable political associations, Carson’s campaign continues to rake in big money.  According to Politico, Carson raised $23 million during the fourth quarter of 2015 – one-upping an impressive $20 million haul by U.S. Senator Ted Cruz of Texas.

Unfortunately for Carson, his organizations is blowing through money at a prodigious clip – spending more than half of what it took in during the third quarter of the race.

“The Donald” Hits The Airwaves