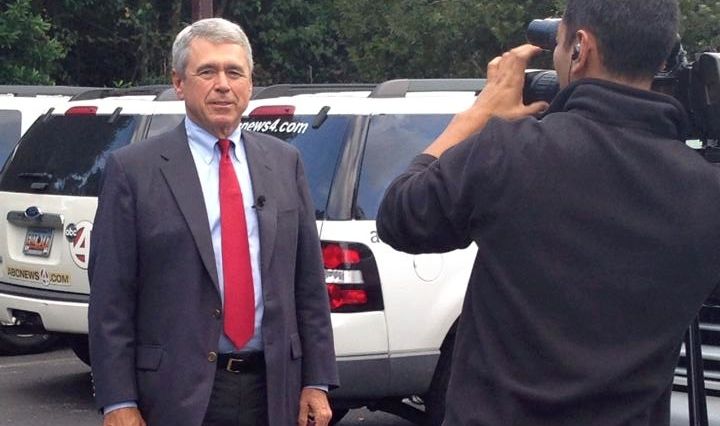 It was all part of Haley’s effort to exact a measure of revenge against her nemesis Glenn McConnell – who inherited the lieutenant governor’s job in 2012 but wound up declining to run for reelection to the largely ceremonial, part-time post. McConnell and Haley sparred extensively during her first year as governor, and she wanted to do everything within her power to make his life miserable.

Haley was also grooming McKinney to take her place in 2018 – and his campaign commercials (produced by Haley’s political consultant) repeatedly stressed his connections to the governor.

Fairly well. McKinney finished in second place in this week’s “Republican” primary for lieutenant governor – with the results of an official recount expected to confirm his participation in a June 24 runoff election against former S.C. Attorney General Henry McMaster.

And while McKinney would have had to overcome a big deficit to beat McMaster, most political analysts agree he had a “path to victory” against the intellectually challenged good ol’ boy.

McKinney ended any such speculation this week, though, by announcing his decision to exit the race.

“While we have likely received enough votes to be in the runoff, after much thoughtful prayer and consideration, I am withdrawing from consideration relative to the ongoing recount and will not participate in a runoff,” he said in an email to supporters. “Despite the emotional drain and grief over burying both my father and my wife’s father in the last eight weeks, we persevered because we felt so strongly about our message. Given all of these circumstances, I am ready to once again be a full time husband, father and grandfather.”

McKinney accompanied his statement with an official notice of withdrawal to the S.C. Election Commission (SCEC).

McKinney’s announcement caught several key members of his own campaign – and several of his prominent political supporters – completely by surprise. That’s understandable, less than 24 hours after bowing out of the race his spokesman was telling reporters how excited he was to continue bringing his “message of change” to the people.

“I was blindsided,” one of McKinney’s top staffers told FITS.

So … why did McKinney drop out? Is it really due to the “emotional drain” of losing family members? And the result of “thoughtful prayer?”

According to sources familiar with his decision, McKinney didn’t want to shell out anymore of his fortune on a race he didn’t think he could win.

“Nikki offered her endorsement but told him he would have to pay for the television time,” one of our sources says.

Another source says McKinney was told he would have to pay out of pocket for several hundred thousand dollars worth of negative ads against McMaster  (who is as vulnerable as he is dim).

In the end, McKinney dropped out of the race because the bill for all of those ads was too steep … and victory far from guaranteed.

As a result of McKinney’s decision, McMaster is now likely to face Mike Campbell – son of the late two-term Gov. Carroll Campbell – on June 24. While Campbell is expected to receive some significant family money in support of his bid, his “path to victory” against McMaster is much more difficult.