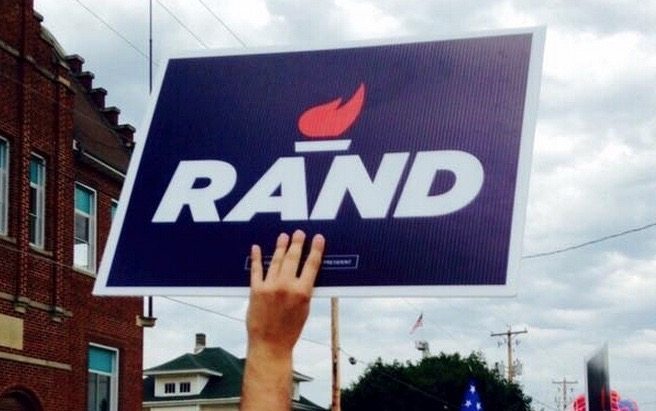 WHEN ALL ELSE FAILS …

|| By FITSNEWS || With his 2016 presidential bid struggling to catch fire among “Republican” primary voters, U.S. Senator Rand Paul of Kentucky is going back to his first, best argument for the GOP nomination: He’s the guy who can beat Hillary Clinton.

Next closest was establishment “Republican” favorite Jeb Bush, who trailed Clinton by a 49-43 percent margin.

“If our party wants to win the White House, we should not dilute our message,” Paul said.  “We cannot afford to nominate a candidate who is ‘democrat-light.’ We must be boldly for constitutional conservative principles like a ‘Fair and Flat tax’ plan, protecting the entire Bill of Rights, and balancing the budget.”

This website has never been big on “electability,” arguing a candidate’s ability to attract votes in a general election is not a good reason to support them in a primary.  In fact we ripped the “electability” argument (ahem, myth) repeatedly when it was advanced four years ago by eventual “Republican” nominee Mitt Romney.

Sure Paul’s claim to this mantle is far less offensive to us than Romney’s, but at the end of the day it’s still not a good reason to vote for him – especially given the campaign he’s conducted up to this point.

Paul’s once high-flying presidential bid has been in meltdown mode in recent weeks – lagging in fundraising and popular support as the insurgent candidacy of outspoken billionaire Donald Trump has taken the GOP electorate by storm.

Can Paul recapture the magic?

He’s trying … but he’s got a lot of work to do.  And his organization appears to be in disarray.