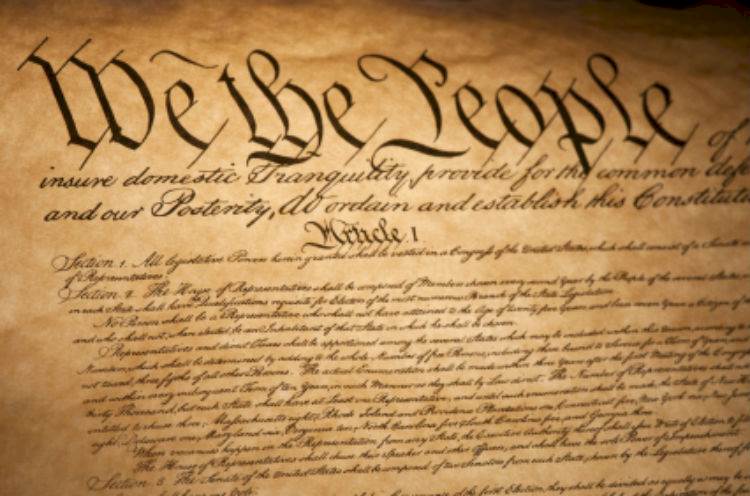 || By KEN BUCK || This year we celebrated the 239th Anniversary of our American experiment — a form of government that’s helped forge the strongest, freest, most prosperous nation the world has ever known. Born in defiance of tyranny and defense of liberty, our nation has survived — and thrived — amidst all manner of conflicts, depressions, scandals and schisms.

Through Civil War, Great Depression, World War and Cold War, America endured as the world’s indispensable nation — advancing individual freedom and free markets to the benefit of growing numbers of citizens at home while providing peace and stability throughout a turbulent world.

Our Constitution wasn’t perfect, obviously. Vital freedoms were added via the Bill of Rights, and subsequent amendments expanded and guaranteed these freedoms to all Americans. The framers knowingly crafted our governing document with the capacity to change — but they never intended for change to consume it.

Buttressing America’s progress through the years has been a simple Constitutional framework — three separate branches of government intended as checks and balances against the others. Erected to guard against the unwarranted, inherently dangerous concentration of power in too few hands, the law-making legislature, law-administering executive and law-interpreting judiciary were prescribed to protect our lives, liberties and the fruits of our labor.

“Ambition must be made to counteract ambition,” framer and fourth president James Madison wrote of this structure.

Conflict between — and within — these branches was anticipated and encouraged, although according to Madison “in republican government, the legislative authority necessarily predominates.”

What wasn’t encouraged? One branch usurping or undermining authority intended for another — or ignoring or abdicating its own authority in direct contravention of our founding framework.

Sadly, such is contemporary American governance. Decades of regulatory overreach and judicial activism have shattered the “three-legged stool” upon which our Republic rests – sapping our innovation, curtailing our productivity, eroding our freedoms and giving rise to an increasingly unwieldy, unsustainable government.

In the words of William R. Maurer of the Institute for Justice, this ongoing erosion of constitutionally prescribed authority has turned America into “a country in which all the branches of government work in tandem to achieve policy outcomes, instead of checking one another to protect individual rights.”

Take Obamacare, the passage, implementation and interpretation of which is an ongoing case study in constitutional perversion. Rammed through a Democratic-controlled Congress by the slimmest of margins, Obamacare never would have received a vote in the Senate had a pair of leery Democrats not been bought off with promises of nine-figure earmarks for their states.

Of course in the infamous words of then-U.S. Speaker Nancy Pelosi, Congress had to pass the law in order “to find out what was in it.”

Obama promised his health care law would lower insurance costs while permitting every American who liked their coverage plans — or their doctors — to keep them. Both claims were false. We were also repeatedly told Obamacare’s insidious individual mandate was not a tax — only to see the Supreme Court rely on that very definition to uphold its Constitutionality.

Once passed, Obama’s administration amended the law at its convenience — arbitrarily redefining major provisions to fit its political calculus. The most egregious of these “redefinitions?” Imposing Obamacare’s newly-minted taxing authority on the thirty-six states that declined to create state-run exchanges — even though the law explicitly forbade them from doing so. Astoundingly, the Supreme Court ignored both the letter of the law and its clearly stated intent in upholding this provision — thus pulling Obamacare out of the fire a second time.

Sound like representative government to you? Of course not …

Ken Buck is a former prosecutor who represents Colorado’s 4th Congressional District in the United States Congress.  His column – reprinted with permission – originally appeared on NetRightDaily.com.

Ron Paul: Politics Not The Path To Pro-Life Victory