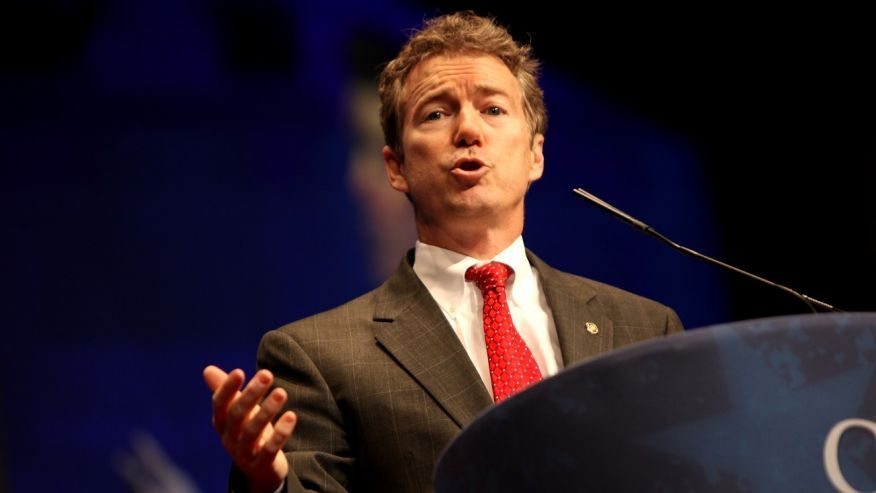 WILL ANY OF THEM FLIP?

|| By FITSNEWS || As the 2016 presidential campaign of U.S. Senator Rand Paul of Kentucky continues to un-inspire, representatives of rival “Republican” candidate are targeting his key supporters in early-voting states.

The goal?  Getting them to flip their support …

And while no one is coming out and saying it, the “targets” of these outreach efforts are early Rand Paul supporters who have watched his campaign fade into second tier status.

In “First in the South” South Carolina, one of the biggest “gets” would be S.C. Senator Tom Davis – who endorsed Ron Paul in 2012 and appeared alongside Rand Paul at his 2016 campaign kickoff earlier this year in Charleston, S.C.  Davis has a huge following in the limited government movement – and recently buttressed his conservative credentials by singlehandedly sinking a proposed gas tax hike pushed by liberal South Carolina “Republicans.”

That’s upped the value of his 2016 endorsement – and made him one of the top tier prospects for the 2018 gubernatorial election in South Carolina.

Would he flip his support, though?  And if so, to whom?

Davis is known for his loyalty.  He’s stuck by chronic narcissist Mark Sanford through thick and thin, so we don’t see him abandoning Paul’s campaign at the first sign of choppy seas.

In fact Davis affirmed his support for Paul to us this week – saying he’d told potential suitors he remained “committed.”

But one thing is clear: The fact conversations like this are even being broached is a terrible sign for Paul’s once-promising candidacy.

Like Davis, this website endorsed Paul’s father in 2012.  And we have written in generally favorable terms about his career in the U.S. Senate.  Naturally we’ve been disappointed by his 2016 bid – and have expressed our disappointment.

For the sake of the broader debate we hope he turns it around … starting by giving up his attempts to serve two masters.

Marco Rubio Is Lying About “Obamatrade”

Here’s the thing…if many of us libertarians who make up Paul’s base are disappointed with Rand..why would we support any of the other candidates? Who are all still markedly worse…I was optimistic about Kasich being that he is my governor but when he expanded Medicaid unilaterally and said we need ground troops to fight more wars overseas I was done with him. Walker also is too bellicose on FP. Alas, most of us would probably just stay home.

You should support Trump. The Republican establishment and the Koch Brothers have tried their best to paint him as unelectable, but that is not true. They don’t want him, because he is a threat to their power. He is the only candidate they cannot buy.

If you doubt what I say, see politico.com

“The Koch brothers are freezing out Donald Trump from their influential political operation — denying him access to their state-of-the-art data and refusing to let him speak to their gatherings of grass-roots activists or major donors,” Politico reports.

“Here’s the thing…if many of us libertarians who make up Paul’s base are disappointed with Rand..why would we support any of the other candidates?”

Because you’ve already accepted that if just the “right” person was in office, the government would “work” right.

So, like a whore offended over someone offering her $10 to get a screw, it’s just a matter of price for you…you’re still a whore.

Because you’ve already accepted that if just the “right” person was in office, the government would “work” right.

Your lack of understanding what libertarianism means is…epic.

Well then, you should define libertarian for us all so you can educate us.

Rand is so much more than just a libertarian… he’s a politician.. and an asshole.

“They thought all along that they could call me a libertarian and hang that label around my neck like an albatross, but I’m not a libertarian,”- Rand Paul

Rand is so much more than just a libertarian… he’s a politician.. and an asshole.

You’re trying to get Miss Lindsey to endorse Rand, ain’tcha?

But the average liberal/progressive/Democrat isn’t? Please.

“Davis has a huge following ” That phone booth is slam full.

This article = logic fail. We’re supposed to believe that if Rand “stop serving two masters” (aka become more hardline), then his base will “flip their support” to the mainstream, sellout candidates. Stupidest thing I’ve heard all week, and this week has been pretty stupid.

This article shows a massive misunderstanding of the small “l” libertarian movement. The other candidates won’t poach Rand’s main base. Remember the few million votes in the last couple of elections that went to the Constitution and Libertarian parties? The Republican’s could have won with those votes, but lost them by picking McCain and then Romney. It comes down to this…choose Rand and increase your odds of winning or choose one of the establishment shills and increase your odds of losing and having a Hillary presidency. I think the establishment would rather lose and have a Democrat president than pick a small government libertarian-like candidate.