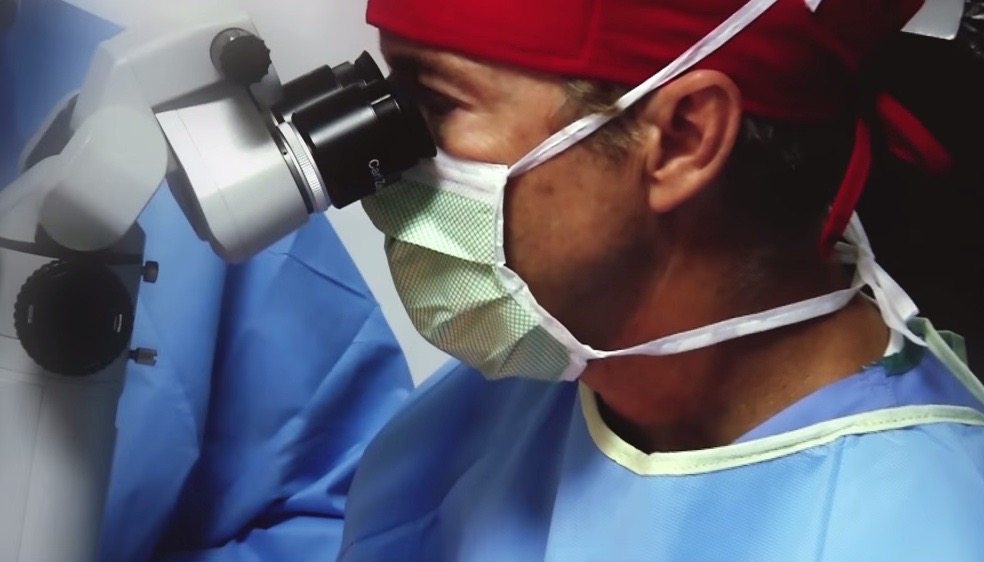 || By FITSNEWS || As pro-life activists released another undercover video of Planned Parenthood leaders detailing their gruesome fetal body parts scam, U.S. Senator Rand Paul is seizing on the issue – sponsoring legislation in the U.S. Congress which would defund the government-subsidized abortion provider.

Paul’s presidential campaign is also out with a new video touting not only his legislative efforts, but also his career as a medical doctor.

“Rand Paul is taking action,” the ad’s narrator states. “As a pro-life doctor… Rand Paul cared for premature babies to save their sight.  As a conservative leader, Rand is forcing a vote – this week – to end taxpayer funding of Planned Parenthood.”

“We’ve been very good at getting heart, lung, liver, because we know that, so I’m not gonna crush that part, I’m gonna basically crush below, I’m gonna crush above, and I’m gonna see if I can get it all intact,” Nucatola said in the clip.

In the latest video Savita Ginde – vice president and medical director of Planned Parenthood of the Rocky Mountains – discusses the organization’s fear of the scam becoming public knowledge.

Specifically she laments how pro-lifers would “really run with it and make it really negative.”

“We have to know who else is doing this,” she a pair of undercover actors posing as prospective buyers in the video, “because if you have someone in a really anti state who’s going to be doing this for you, they’re probably gonna get caught.”

The administration of Barack Obama has stood by Planned Parenthood – and said it would veto any bill defunding the organization.

“No baby parts for sale!”

It really is a shame none of these republican candidates have any sort of positive legislative record to run on.

There is going to be “Blow Back”.
Rand Paul was an ophthalmologist.

“Eye tissue from fetuses has played a crucial role in studies aimed at finding treatments for degenerative diseases of the retina that are a major cause of vision loss in people as they age,
“http://www.nytimes.com/2015/07/28/health/fetal-tissue-from-abortions-for-research-is-traded-in-a-gray-zone.html?

“We won’t be trod upon,” he wrote, using the language of 1776. “You can’t promulgate injustice without consequences.”

(A letter from the National Board of Ophthalmology, the group that Rand Paul formed to issue its own certifications to ophthalmologists.)

The injustice he was talking about was a new rule, from the powerful group that deems American ophthalmologists to be “board-certified.” It required younger doctors to take a test that older doctors did not have to take.

The Kentucky doctor was so outraged that he seceded — and started his own Board of Ophthalmology, so he could certify himself.

“You can send a clear message to the establishment” by signing up to be certified by the new board, too, the letter said. “Check the appropriate box and return the card with your $500. Sincerely, Rand Paul, M.D.”

The letter, from about 2003, helps illuminate a little-understood (and mostly ridiculed) chapter of Paul’s life before politics: how he became a self-certified ophthalmologist.

The saga began in the 1990s, when Paul — now a senator representing Kentucky and a GOP presidential contender — hatched a plan to put his family’s free-market ideals into practice. He wouldn’t submit to the establishment. He would out-compete it by offering doctors an alternative with lower fees and fairer rules. His do-it-yourself medical board lasted more than a decade, becoming one of the most complex organizations Paul ever led on his own.

But it didn’t work. Indeed, in a life of successes, it became one of Paul’s biggest flops.

The board certified only 50 or 60 doctors, by Paul’s count, and was never accepted by the medical establishment. It failed partly because of resistance from the old guard — but also because Paul hurt his own cause with shortcuts and oversights that made his big effort seem small.

The other officers of his board, for instance, weren’t ophthalmologists. They were his wife and father-in-law. His Web site was mainly a mission statement, and his mission statement had grammatical errors. And, after Paul missed a filing deadline in 2000, the state legally dissolved his board. Although Paul kept it operating, it remained unrecognized by the state until he officially revived it in 2005.

“It was a good idea,” said Tim Conrad, an ophthalmologist in Louisville, who paid to be certified by Paul’s National Board of Ophthalmology. He eventually took the certificate off his wall. Now he can’t find it.

Is this the official split between the FITSNews and the paul Family?

It is the official spit at the Paul Family from Fits. And a very phlegmy one too.

The boy definitely needs it!

If you were for abortion rights for women, you would find a “libertarian” justification to condemn Paul was right under your nose.

If you were were against barbaric murder, even when not convenient, would you find a “liberal” justification to condemn Paul, right under your nose?

Do you use Kleenex or Charmin when you blow your nose?

Do you really want to talk about abortion = murder?

Let’s all be adults about stem cell research….

You do know the Nazis conducted medical experiments on Holocaust victims. And Hitler was an adult when he did it, just like you.

Stem cell research does not involve a live human being, so not exactly a good comparison.

I understand the moral issue with abortion, but if a woman is going to have one, isn’t it preferable that tissue be used by science, rather than just discarded?

Paul’s campaign is on life support and he is trying for any advantage to prop himself up.

GrandTango’s Nazi reference is bad here for that very reason. Yes, they did perform horrible experiments on Jews, and they got lots of medical data from doing it. When Germany fell, we all took that information and put it to good use. Why? That’s because to burn that information means that those people were tortured and died for nothing. At least in this way their deaths help others.

Thanks, GrandTango, for helping prove the point that aborted fetuses should be used for medical research for the greater good, rather than just thrown into a dumpster to rot away.

Good thing we liberals pushed those right wing rat bastards back to the Rhineland, and stomped the holy shit out of them.