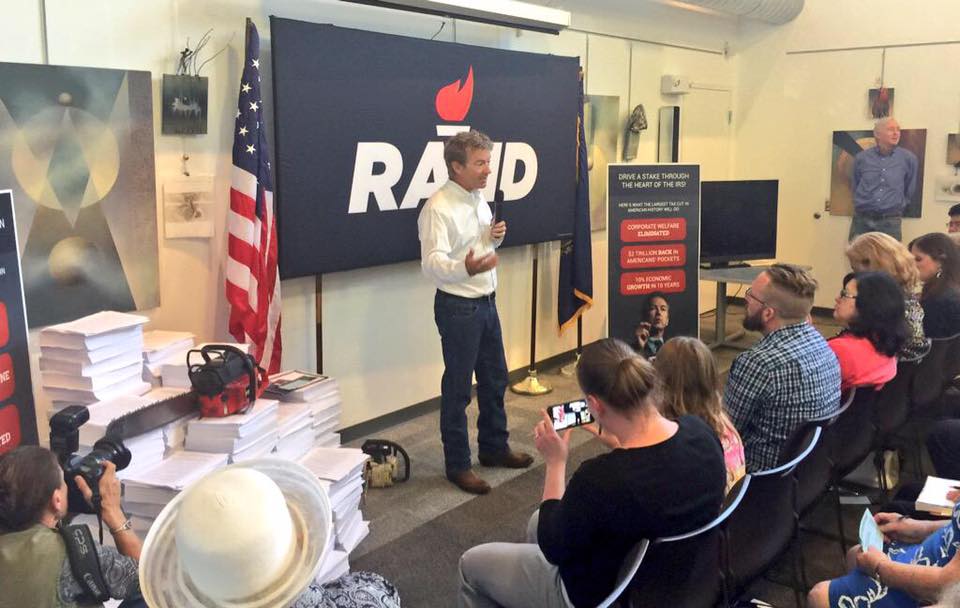 THE GOP’S MOST ELECTABLE CANDIDATE CAN’T FIND THE MOJO

|| By FITSNEWS || A week ago, we addressed the disappointing lack of forward motion coming from the presidential campaign of U.S. Senator Rand Paul – a libertarian-leaning “Republican” who was supposed to give the Grand Old Party a fresh new look.

For whatever reason, though, Paul’s campaign simply isn’t gaining traction among the “Republican” primary electorate.

From a damning piece written by Alex Isenstadt of Politico …

Interviews with more than a dozen sources close to the Kentucky senator, all of whom spoke on the condition of anonymity, painted a picture of an underfunded and understaffed campaign beaten down by low morale.

They described an operation that pitted a cerebral chief strategist against an intense campaign manager who once got into a physical altercation with the candidate’s bodyguard. And they portrayed an undisciplined politician who wasn’t willing to do what it took to win — a man who obsessed over trivial matters like flight times, peppered aides with demands for more time off from campaigning, and once chose to go on a spring-break jaunt rather than woo a powerful donor.

“It’s such a negative environment,” one Paul aide told Isenstadt. “Everyone is on edge, and no one is having any fun. They need to recapture some of their positive mojo, and fast.”

According to Isenstadt’s article, Paul is simply not motivated to do the things one must do in order to run for president – especially as a “Republican.”  As a result he’s struggling to raise money and energize the grassroots army his father created – while presiding over an organization rife with internal squabbling.

“The senator had once hoped to develop an apparatus that would allow him to nationalize his political brand, but instead finds himself with a skeletal operation that has suffered from disorganization and dysfunction,” Isenstadt wrote, adding “the confusion starts at the top, and dates back to the campaign’s earliest days.”

As we noted last week, Paul’s candidacy has been a mixed bag in our opinion.  He’s offered up some solid substance on the fiscal front, but he’s been less than impressive on liberty issues and has taken major steps in the wrong direction when it comes to foreign policy.

He’s been playing to the crowd in other words … running to win over a certain subset of the GOP electorate rather than campaigning on what’s best for the country as a whole.

We wish Paul had campaigned as an independent.  And done so aggressively.

As the rise of Donald Trump continues to demonstrate, there is widespread willingness within the GOP electorate to embrace non-establishment candidates who buck “Republican” orthodoxy.

In other words, Trump is riding the wave Paul should have caught months ago … but didn’t.

A year ago we assessed the underlying dilemma associated with Paul’s presidential prospects … again, as a “Republican.”

We referred to his bid as trying “to shove free thinking capitalists into the same tent as corporate cronyists and sanctimonious moralizers.”

That was going to be a tall order under the best of circumstances – presuming a deeply committed candidate and a well-oiled machine implementing his directives.  Such a synthesis is impossible if the candidate is half-assing it – and the team around him is struggling to find cohesion.