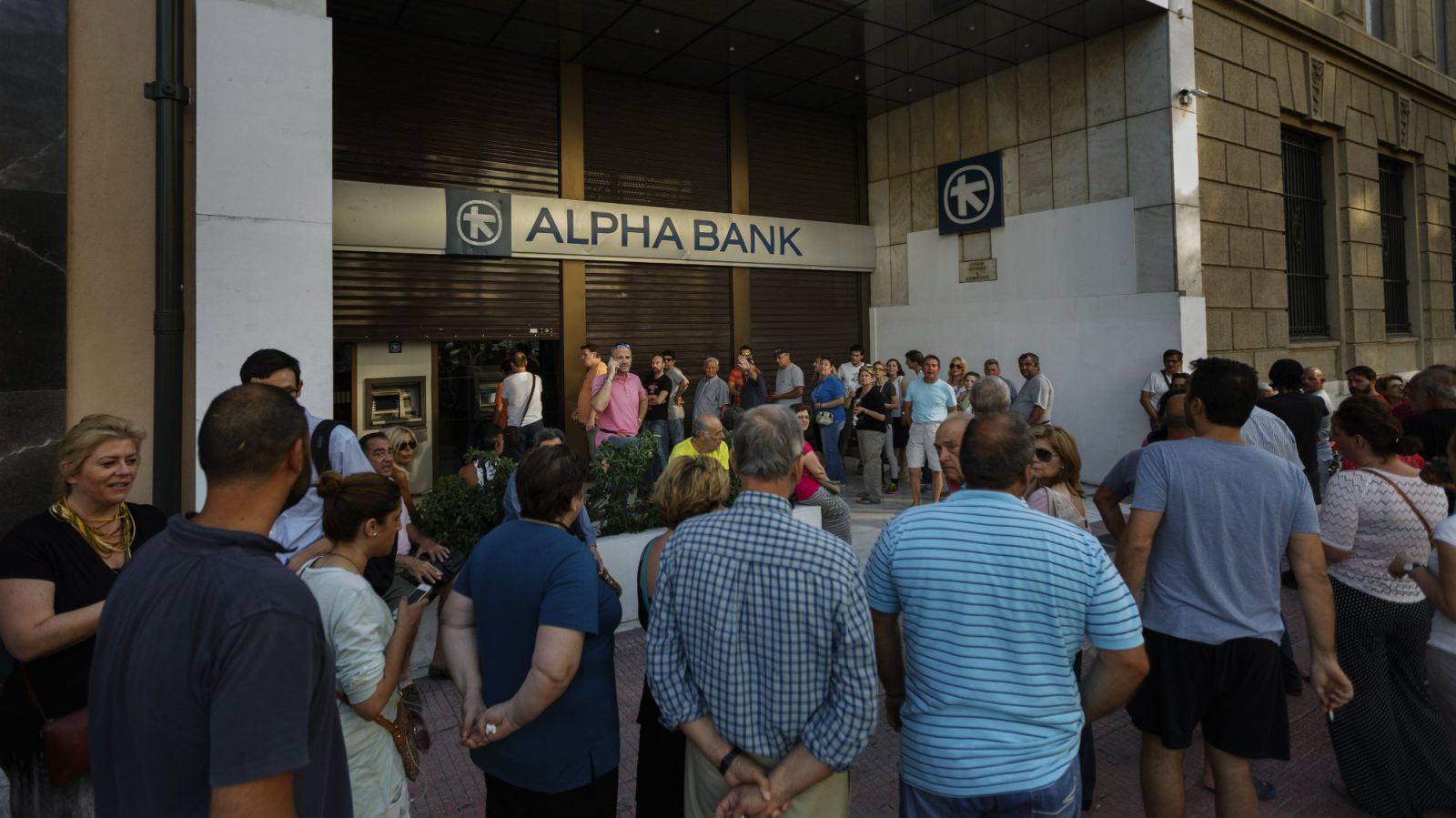 Those are the biggest point declines of 2015 …

America wasn’t the only country taking a beating.  Asian and European markets were also battered – with Germany and France’s key stock indices losing more than 3.5 percent of their value.  Japan’s Nikkei index was down 2.9 percent – roughly the same as Hong Kong’s Hang Seng index.

What’s prompting the global selloff?  The “Grexit,” a.k.a. the increasing likelihood that Greece will default on its obligations and leave the Eurozone.

Greece is supposed to make a €1.5 billion ($1.7 billlion) payment to the International Monetary Fund (IMF) this week – part of the €330 billion ($367 billion) it owes to creditors.  That payment isn’t happening.

Greece represents just two percent of Europe’s gross domestic product, but there’s growing concern that a default and subsequent “Grexit” will contaminate the broader European market – a process known as “contagion.”  The greater the panic in the bond market, the more likely Greece’s problems will infect other European countries like Italy, Spain and Portugal – which are in similarly dire straits (and in need of the same debt relief Greece is demanding).