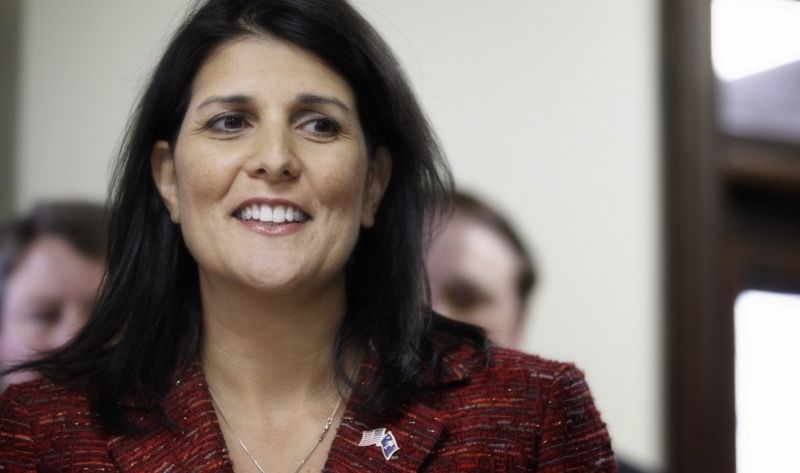 || By FITSNEWS || S.C. governor Nikki Haley blistered the “Republican-controlled” S.C. General Assembly at the 2015 SCGOP State Convention on Saturday, accusing them of betraying the ideals the party was founded on.  In fact Haley said of the 106 GOP members of the S.C. General Assembly – only seventeen had been consistent conservatives.

“If your representative and senator are not on this list, it is time to start having a serious conversation about whether or not they need to continue to represent you in Columbia,” Haley wrote on her Facebook page.

Whoa, hold up … Haley is deciding who a “consistent conservative” is now?

That’s funny.  Remember, this is a governor who spent her first four years in office advancing a big government agenda on taxes, spending, education and (most notably) government-subsidized health care.  She also approved a massive deficit spending bill – one even bigger than the borrowing proposal she threatened to veto this year.

Oh … and if that wasn’t sufficiently ironic, one of Haley’s “litmus test” votes in establishing her definition of “consistent conservatism” was opposing legislative pay increases.  That’s all well and good … but what about the huge pay increases she gave her own staff?

Don’t get us wrong, we’re glad Haley is finally summoning the courage to oppose a modest amount of unnecessary government … but our questions are as follows: 1) Why not more?  And 2) Why not four years ago?

“I have never heard such a negative speech,” one GOP House member told FITS.

“She was horrible,” one GOP Senator concurred, adding that Haley “even bashed those who voted against Leatherman last week.”

The Senator is referring to a failed effort by liberal S.C. Senate president Hugh Leatherman to move an $800 million gas tax increase into a coveted “special order” slot on the Senate calendar – guaranteeing it would receive a vote this session.

One Senator who voted against advancing the gas tax hike said Haley’s assault on lawmakers was going to cost her.

“I voted with her twice last week and just got stabbed in the back for it,” the Senator told us.

The Senator added that lawmakers who support Haley’s position – which is a gas tax hike coupled with the promise of eventual income tax relief – are now far less inclined to fight for her proposals.

“She may have just guaranteed that we pass a gas tax hike with zero tax relief,” the Senator said.  “And I think it’s safe to say her veto is irrelevant.”