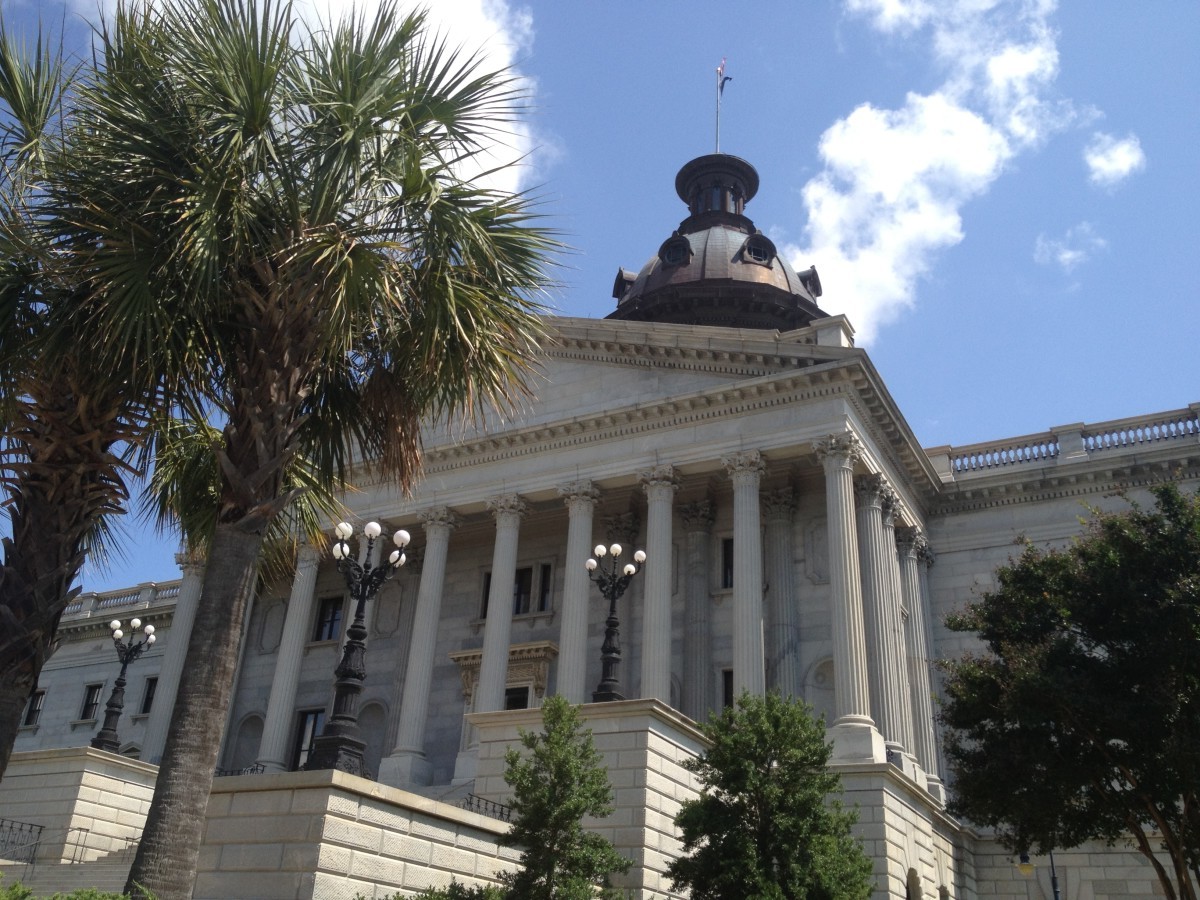 The “Republican-controlled” S.C. House of Representatives included a nice $12,000 a year pay raise for its members in the FY 2014-15 budget – only to watch in disbelief as the more fiscally liberal State Senate rejected the increase.

Oops … right?  You better believe it …

Glad you asked: The pay hike for lawmakers – which would have totaled $2 million – was one of a handful of items in the state’s $25.1 billion budget singled out as excessive by S.C. Gov. Nikki Haley, who used her veto pen to reject less than one tenth of one percent  of the largest state spending plan ever .

That’s a pitiful showing for any governor … but it’s especially weak for one who captured the GOP nomination four years ago as a Tea Partier (and who won the general election in 2010 as a “conservative”).

Even more pitiful?  The lengths top “Republicans” – including majority leader Bruce Bannister – went to in an effort to make sure Haley’s veto of the raises was ultimately overridden.

Here’s how the process works:  If a governor vetoes an item of spending in the state budget, both the S.C. House of Representatives and State Senate must come up with two-thirds majorities to override that veto – or else the item gets cut.  Getting those big majorities is not always easy to do, especially if a popular chief executive is willing to use the power of the bully pulpit to call out those lawmakers who go against their efforts to cut government.

Which Haley has clearly not  done …

The veto is an effective instrument, though, which is why it’s so depressing Haley has failed so abjectly in using it to cut state spending.

On the House’s first effort to override Haley’s veto (and restore the $2 million in funding for legislative pay raises), “Republicans” came up one vote short of the two-thirds majority they needed to keep the raises in the budget. 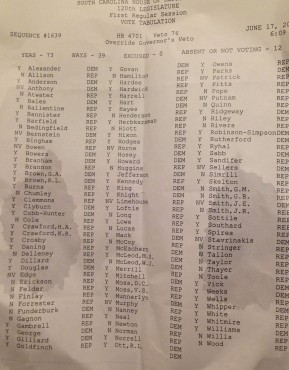 Just to be clear, a “yes” vote supported the inclusion of the legislative pay hikes in the budget – a “no” vote took them out.

Just twenty minutes after Haley’s veto was sustained, though, a second vote was taken … and guess what? The number of “yes” votes remained the same, but the number of “no” votes mysteriously changed. 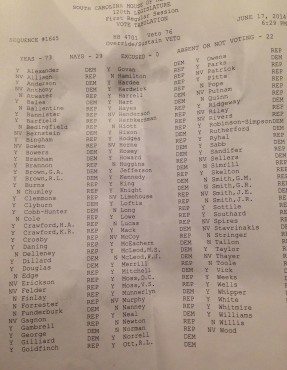 As a result, the legislative pay raise – shot down less than half-an-hour earlier – was restored to the budget (with several votes to spare).

Allison, Erickson, Felder, Thayer and Wood all entered statements in the official journal of the S.C. House of Representatives attempting to explain their absences – posting eerily similar comments referring to being “temporarily out of the Chamber on constituent business” or “unavoidably out of the Chamber” or “on excused leave” at the time the second vote was taken.

Each one of these lawmakers “took a walk,” as it’s known, deliberately ditching their duties in an effort to pass this pay raise … and each one of them ought to be ashamed of themselves for doing so.

Same goes for “majority leader” Bannister and other ranking “Republican” leaders who pushed these lawmakers to play hooky so they could sneak this pay raise through the back door.

There was just one problem with their fool-proof plan, though … an unexpected override from the fiscally liberal State Senate.

There, only two “Republicans” – Hugh Leatherman and Ray Cleary – supported the pay hike.

“We got punked,” one GOP House member told FITS.

We’re sure these ten “Republicans” will have all sorts of explanations for their absences on the second pay hike vote … but don’t be fooled.  Each one of them punked out on their duty to stand and be counted for the taxpayers … which actually makes them worse than the dozens of “Republicans” who voted on the record in support of giving themselves pay raises.