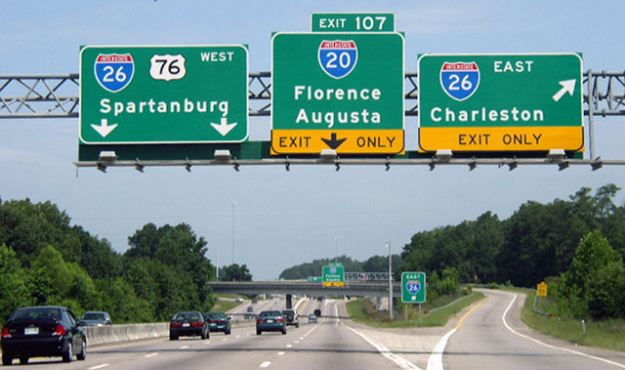 South Carolina politicians are not allowed to run deficits. But they are allowed to borrow untold sums of money that taxpayers are obligated to pay back … including the state’s latest $120 million handout to aircraft manufacturer Boeing.

This week, S.C. Gov. Nikki Haley signed a bill authorizing an additional $700 million in borrowing – most of it slated for road repairs.

Haley’s scandal-plagued, incompetent Department of Transportation (SCDOT) has made a mess of the Palmetto State’s infrastructure situation over the last few years. How bad have things gotten? SCDOT has effectively stopped all paving and maintenance work on South Carolina roadways – while relying on a bailout from Barack Obama to make sure its inflated bureaucracy continues to get paid.

More disturbingly, Haley and her appointees to various state boards and commissions have continued to support unnecessary transportation projects (like Interstate 73 and Interstate 526) – which shift resources away from overdue repairs and move that money toward projects like this.

Fiscal conservatives in the S.C. General Assembly are outraged.

In fact three of them – Lee Bright (R-Spartanburg), Kevin Bryant (R-Anderson) and Shane Martin (R-Spartanburg) – penned an oped recently decrying this latest round of borrowing.

“The South Carolina Senate loves to spend other people’s money,” the three Senators wrote. “That we have always known. Now, the Senate has found the path to spend the money of other people’s children, and it will become a well-worn path until the taxpayers say ‘NO!'”

Taxpayers probably thought they were saying “NO!” when they elected Haley in 2010, but the “Tea Party” governor has proven to be anything but a reliable fiscal conservative.