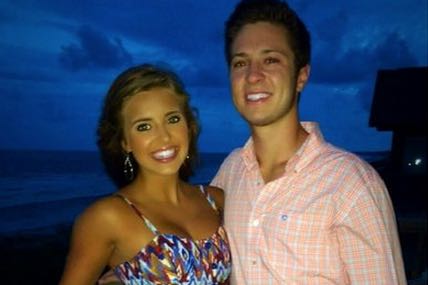 DEATH … AND A COVER-UP

|| By FITSNEWS || There were two huge developments this week in the case of Tucker Hipps … the 19-year-old Clemson University student who died last September after an “unsupported fall” from a bridge near the Upstate, South Carolina college campus.  Hipps was on an early morning run with his fraternity brothers when the incident occurred.

The first big development in the case?  Wrongful death litigation brought by Hipps’ parents against three of his Sigma Phi Epsilon brothers (including a Congressman’s son), the fraternity and against Clemson.  Earlier this week we wrote in detail earlier about the particulars of the suit … which claimed Clemson’s “culture of hazing” contributed to Hipps’ death, and that his “unsupported fall” was covered up by his fraternity “brothers.”

The second big development?  An announcement from Upstate solicitor Chrissy Adams indicating the investigation into Hipps’ death has been transferred to her office’s “unsolved crimes” file.

How come?  Because according to Adams, law enforcement has exhausted all of its leads in the case – meaning the investigation is officially at a “standstill.”

“Tucker Hipps’ death is a terrible tragedy,” Adams said. “This young man will not, and must not be forgotten. His family deserves answers. His family and those who knew and loved him deserve to know the circumstances surrounding his untimely death. I can only hope and pray that anyone with information will find the strength to come forward, for the sake of the family and in Tucker’s memory.” 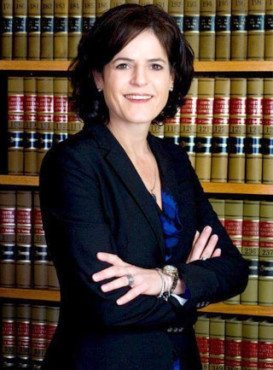 Is that seriously where we’re at with this case?

Surely Adams can do better than that … after all, the lawsuit filed by Hipps’ family clearly implicates three of his fraternity brothers in a cover-up of his death.  And references a dispute – over breakfast biscuits of all things – which precipitated Hipps’ “unsupported fall.”

And as our exclusive report last December revealed, there are those who have information on Hipps’ fall – and how it might have been a case of hazing gone tragically awry.

The truth is out there, in other words … in fact it’s not just out there, it’s practically staring everybody in the face.

We don’t believe Hipps’ fraternity brothers deliberately killed him.  In fact, they may not have even intended for him to go over the side of the bridge on that early fall morning six months ago.

But Hipps did go over the edge … and once it happened, the cover-up became the crime.  Rather than be true “brothers,” these self-serving punks decided it was every “man” for himself.

So they lied about what happened.  They waited for hours to report Hipps missing.  They deleted their cell phone histories.  They withheld information from investigators.

And the worst part?  They’re still covering it up … and getting away with it.

“No one saw (him) go off the bridge,” investigators claim.

Local law enforcement (which has a reputation for taking care of Clemson) hasn’t done much better.  After this website reported that fraternity hazing was involved (sparking a firestorm of controversy at the school), the Oconee County sheriff lambasted us for spreading “speculation” and “innuendo.”

“There has been no indication in the Oconee County Sheriff’s Office investigation that hazing played a part in the death of Tucker Hipps,” the cops said.

Clemson?  Its president held a vigil for Hipps … but the school (desperate to avoid negative publicity) has been no more helpful than Sigma Phi Epsilon in terms of getting to the bottom of the case.  And now that it’s a party to a lawsuit it doesn’t have to even pretend anymore … it can hide behind blanket refusals to comment on “pending legislation.”

The whole thing is a colossal failure … on every level: A sad case study of individuals and institutions running scared from simple truths.

Up in Washington, D.C., U.S. Rep John Carney – whose son is one of the defendants in the wrongful death suit – issued a joint statement with his wife saying their advice to their son has been “to tell the truth and remember any detail that might help” investigators.

With each day that passes the truth slips further away.  And one day that truth – like Tucker Hipps – will be gone.  Totally vanished.  Unrecoverable.

Is that “brotherhood?”  Is it “law enforcement?”

In the immediate aftermath of Hipps’ death, Sigma Phi Epsilon released a statement vowing to investigate the hazing rumors related to Hipps’ death and to “see that those responsible are brought to justice.”

It has not done that.

Instead, Sig Ep “brothers” are being allowed to lie, deny and hide.