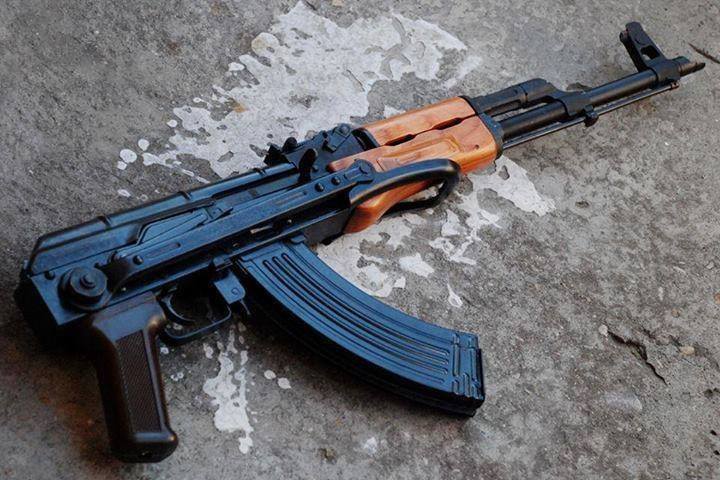 || By FITSNEWS ||  This week’s bloody terror attack in Paris is a vivid reminder of evil in the world – and an irrational evil at that.

The official narrative – and we’ve seen nothing compelling to counter it (yet) – is that a group of Islamic radicals targeted the French satire magazine Charlie Hebdo in response to its cartoon portrayals of the prophet Muhammad.

If you’re like us, your immediate response to this was of the three-letter variety … as in “WTF?”

And that’s absolutely the correct reaction.  The idea a cartoon drawing could be sufficiently offensive so as to warrant the summary execution of a dozen people is beyond baffling – indicative of misguided depravity that defies comprehension.

But it’s indicative of more than that.  It’s fear, pure and simple.  While the gruesome actions of the Paris attack’s perpetrators (whoever they are) were intended to instill terror and fear in others, the truth is they belie a deeply rooted insecurity in their own conception of Islam – namely a fundamental concern that their prophet may not be up to being lampooned.

In other words the terrorists are the ones who are afraid … that their religion isn’t strong enough to survive a playful barb.  Or that their prophet cannot withstand some light-hearted criticism.

What’s wrong, guys … after all these years, is Muhammad not able to stand up for himself?

Real adherents to any faith need only the eternal assurance that accompanies their inner convictions.  They don’t need Kalashnikovs.  Or RPGs.  Or for that matter F-35s.  Or drones.  Anybody can be tough with a gun in their hand and an irrational hatred in their heart …

Don’t get us wrong: Disrespecting others’ religious views is never a good idea – especially if the religion has a particular sensitivity to certain types of portrayals.  We don’t condone that – and never will. But all of us had better soon recognize that speech is free – whether we like it or not – and practitioners of all religions must accept that their views and beliefs will, from time to time, be criticized in a free society.

That’s the price of freedom of religion …

We get that people have a right to be pissed when their countries are invaded – or when their citizens are tortured or droned to death.  That’s why this website has been among the foremost opponents of the American government’s military-industrial complex – which continues to needlessly antagonize the Muslim world with its unjustified, inconsistent and wasteful meddling in countries where we have no business intervening.

Not to mention our subservient relationship with the state of Israel …

And make no mistake: Thanks to its poorly considered interventions, America’s government continues putting its citizens in terrible positions, which is why website continues to call out U.S. leaders – both “Republican” and Democrat – for their short-sightedness.

But the victims of the Paris attack weren’t invading soldiers, they were satirists and cartoonists … people guilty of nothing other than the expression of their views.

As Jeremy Grey said in Wedding Crashers, “This is the real world … you can’t just go shooting people on a whim!”

It really should be that simple, too: All of us should worship as we please, and respect others’ right to do the same.  And when people rob others of life, liberty or property – for religious or other reasons – a limited government should step in to preserve and protect those essential rights.

And if such a government is incapable of preserving and protecting those rights, it is up to the people to defend them.

Unfortunately we don’t live in that “real world,” though.  We live in a world of irrational evil … where people get droned for being at the wrong coordinates at the wrong time and savagely gunned down for drawing satirical cartoons.

Summing Up The Paris Attack …