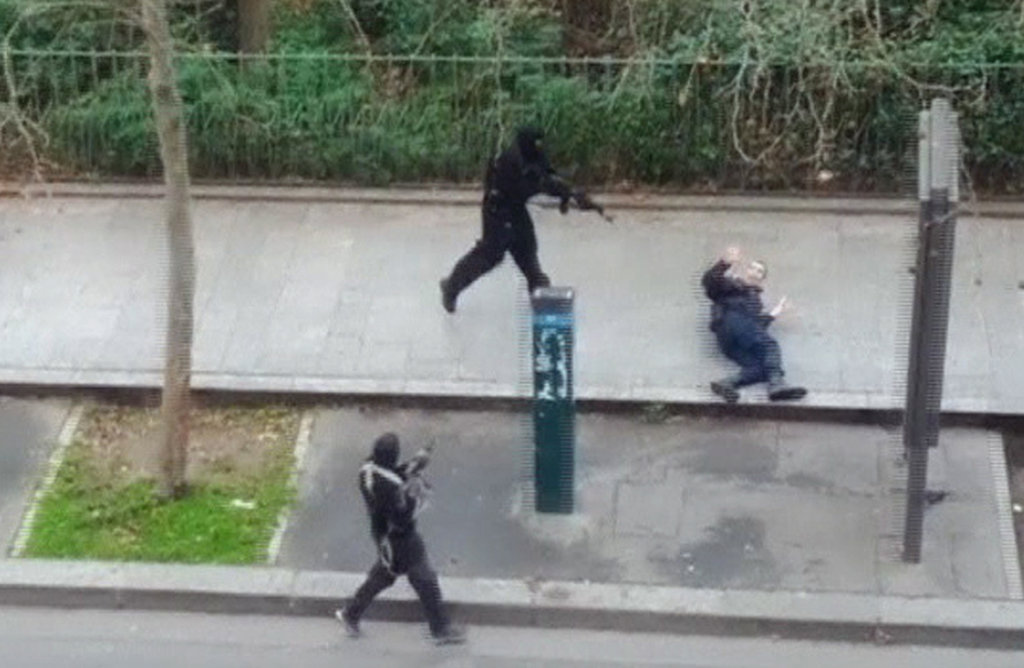 || By FITSNEWS || France remained gripped by fear Thursday as authorities stepped up a nationwide manhunt for two men linked to this week’s brutal terror attack at Charlie Hebdo, a French satirical publication.

Thirty-four-year-old Said Kouachi and his younger brother, 32-year-old Cherif Kouachi – both French nationals of Algerian descent – are the prime suspects in the attack, which was carried out in response to cartoon drawings of the prophet Muhammad deemed offensive by some Muslims.

The brothers – former jihadist activists – are to be considered “armed and dangerous,” according to a French bulletin.

“They are still free, they are heavily armed, so we can be afraid of further violence,” French prime minister Manuel Valls told RTL radio listeners.

The Charlie Hebdo attack – carried out by masked gunmen toting AK-47 rifles – killed twelve people, most of them employees of the magazine.

Paris deputy mayor Patrick Klugman told ABC News the gunmen “called out the names of their victims” and shot them “one by one in the head, execution style.”

The first to die?  The paper’s 47-year-old editor Stephane Charbonnier – who only a few short years ago refused to cower to threats made against his paper.

Speaking fluent French, the assailants reportedly shouted “Allahu Akbar” (“God is Great”) and “we have avenged the prophet Muhammed” as they opened fire.

After the attack, they fled into the streets of Paris as unarmed French policemen sought to apprehend them.  One of these officers was shot in the head at point blank range on a sidewalk outside the publication – an event captured on video.

Cherif Kouachi has a history of militant activity – and was well known to French authorities prior to the attack.  In fact he was convicted in 2008 of helping recruit soldiers for militant Islamic leader Abu Musab al-Zarqawi – who was killed by Americans in a 2006 bombing in Iraq.  Three years before his conviction, in 2005, Cherif Kouachi was arrested while attempting to travel to Iraq to fight against the U.S.-led occupation force.

What motivated his hatred?  America’s 2003 invasion of Iraq – and the subsequent torture of prisoners by American soliders at Abu Ghraib prison in Baghdad.

Another suspect, eighteen-year-old Mourad Hamyd, turned himself in to French authorities early Thursday in Charleville-Mézières – a town near the Belgian border. Hamyd is said to be the brother-in-law of one of the other suspects.

It’s unclear whether he was involved in the assault.  He claims to have been in school at the time of the incident, while French authorities initially reported that he was a getaway driver.

Could the brothers strike again?

“That question is entirely legitimate, that’s obviously our main concern, and that is why thousands of police and investigators have been mobilized to catch these individuals,” Valls said.

Obviously we – like all lovers of life and liberty – condemn these attacks.  In fact they are especially deserving of condemnation given their underlying intention – to silence the free expression of ideas.  Having said that, it’s becoming clear the root of this irrational evil wasn’t just misplaced anger over some cartoons – but a deep-seeded hatred of America’s ill-conceived warmongering in Iraq.

Is that any excuse for this sort of barbarism?  Of course not.  But it is another reminder that actions have consequences …

US Military Closing Some European Bases

Killing In The Name Of …