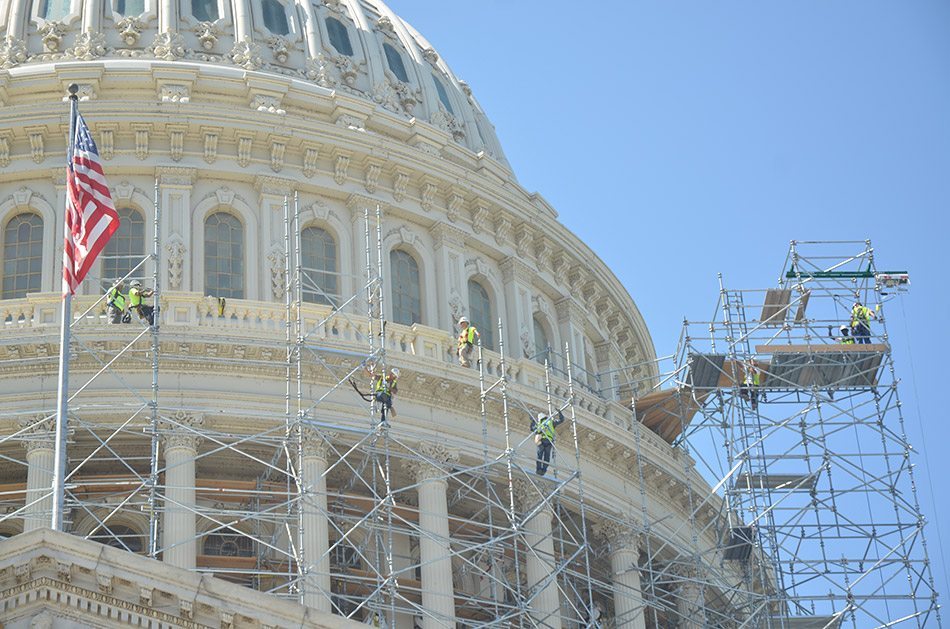 IS THE PALMETTO STATE’S GOP DELEGATION STILL A “CONSERVATIVE” FIREWALL?

|| By FITSNEWS || It’s decision time for “Republicans” in Washington, D.C. – especially members of South Carolina’s GOP congressional delegation.   On January 6, they must choose between their party’s establishment and the taxpayers they’re supposed to be representing.

And their voters matter … tremendously.

Here’s the lay of the land: As our friend Rick Manning of Americans for Limited Government (ALG) noted in this column, U.S. Speaker of the House John Boehner has lost the support of rank-and-file GOP voters.

“Fully 60 percent of Republicans surveyed want someone new to be Speaker,” Manning wrote, referring to a new poll of GOP voters. “Discontent among Republican House members over the handling of a variety of issues during the lame-duck session, most notably the decision to fully fund President Obama’s top three priorities — ObamaCare, the Environmental Protection Agency and his executive amnesty — have created a rebellion within his own conference.”

Good.  We’ve never had much use for Boehner, who has been utterly worthless except in two areas: Capitulating … and getting drunk.

We’re glad he’s once again being challenged – and we hope the GOP can muster the votes necessary to oust him.

Will some of those votes come from the Palmetto State, though?

We sure hope so … although the early signs aren’t good.  Boehner reportedly has at least three of the six “Republican” congressional votes from South Carolina already locked up – while three more are said to be undecided (and actually leaning toward Boehner).

In 2011 the Palmetto State’s GOP delegation in the U.S. House – Jeff Duncan, Trey Gowdy, Mick Mulvaney, Tim Scott and Joe Wilson – emerged as a principled, consistent pro-taxpayer voting block.  Duncan, Gowdy, Mulvaney and Scott were all swept into office on fiscally conservative platforms in the Tea Party wave election of 2010 – and their arrival forced Wilson (a longtime fiscal liberal) to start tacking to the right as well.

Several things have happened since then, though.

First, liberal “Republican” Tom Rice was elected in 2012 from the newly created seventh congressional district.  His arrival – as we predicted – enabled Wilson to start voting with the liberal wing of the GOP again.  Also, Scott has moved to the U.S. Senate and been replaced by former S.C. governor Mark Sanford – who has been a source of nothing but drama and scandal since returning to Washington.

According to our sources, Rice and Wilson are rock solid pro-Boehner voters – as they were in 2013 when an attempt was made to oust the liberal Speaker.  We’re also told Gowdy is planning to vote for Boehner – which is as surprising as it is disappointing to hear.

The remaining three lawmakers – Duncan, Mulvaney and Sanford – will be “interesting to watch on Tuesday,” according to one D.C. source.

Frankly, none of them should show any hesitation in giving Boehner the “thumbs down.”  After all, national “Republicans” pulled the plug on supporting Sanford during his 2013 special election campaign against Democrat Elizabeth Colbert-Busch – while Duncan got the shaft in his bid to land a seat on the U.S. House’s Energy and Commerce committee.

Why would either of those lawmakers now show loyalty to Boehner?  They shouldn’t …

Mulvaney?  He was the only member of the South Carolina GOP delegation who didn’t back Boehner’s 2013 reelection – meaning the die is already cast for him.

Of course for a coup to succeed, someone has to stand up as an alternative.

“No one in conservative movement is happy with Boehner,” a source close to several S.C. delegation members told FITS. “But the problem has been the senior conservative leadership hasn’t stepped up to challenge him.”

Some have contemplated such a challenge – only to leave conservatives in the lurch at the moment of truth.

“Jeb Hensarling for example,” our source explained. “(He) keeps teasing conservatives that he could run and (so) folks hold off on running because of him.  Then he balks and it’s too late in the game for a replacement.”

That’s too bad … Boehner won his job thanks to a Tea Party revolt against the administration of Barack Obama.  Yet all he’s done since assuming power is accommodate Obama’s agenda.  “Republicans” don’t really want to continue down that path, do they?