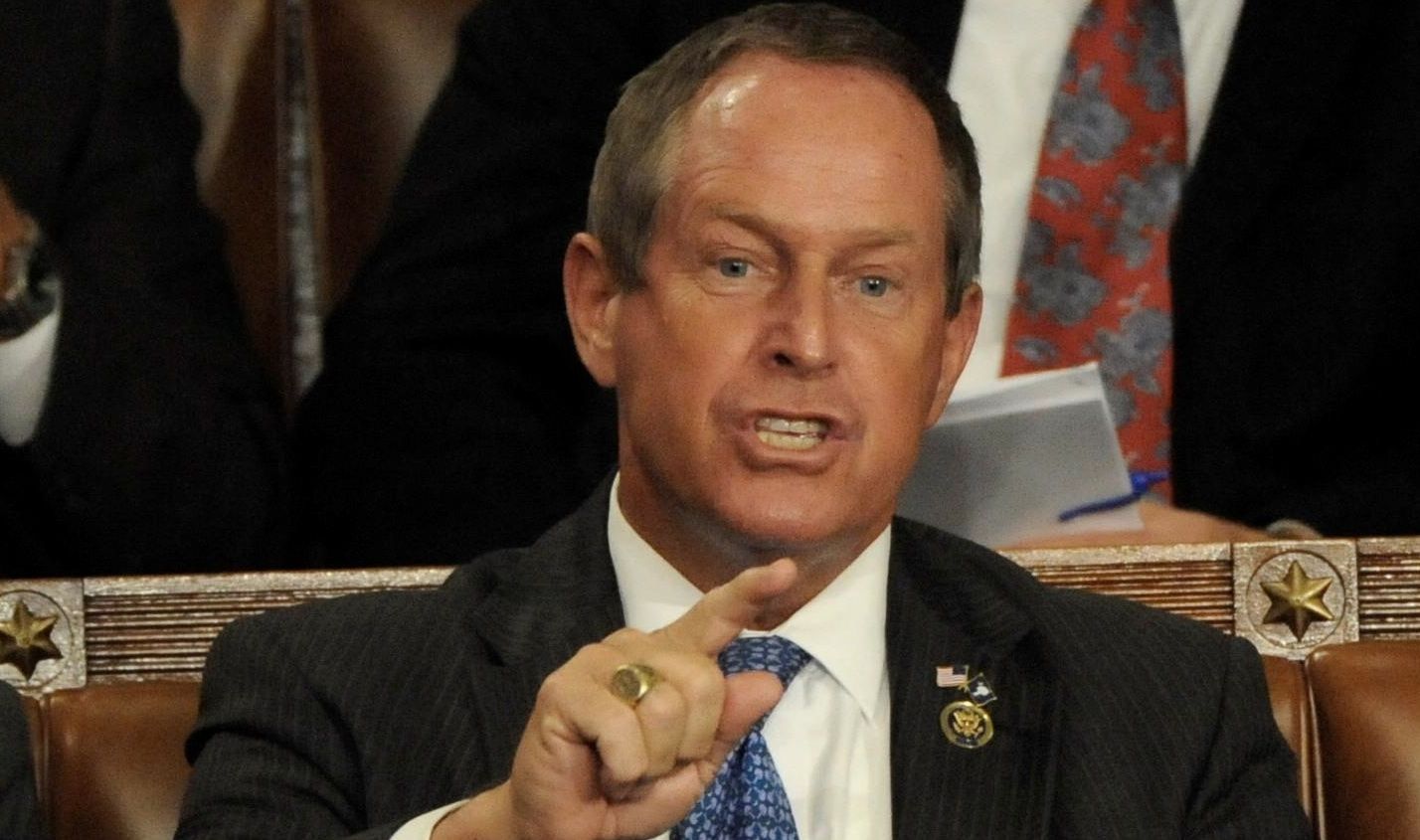 U.S. Rep. Joe Wilson is famous for screaming “You Lie” at Barack Obama during a presidential address to a joint session of Congress in September 2009.

Did we agree with his antics?  No.  Has his basic point been validated?  Clearly.  In fact just last month we ran a guest column in which one of our contributors argued Wilson’s outburst was prophetic.

Anyway, given his heightened awareness of political dishonesty (and his over-caffeinated willingness to call it out), we were surprised to see Wilson join the GOP establishment this week in voting to do away with minuscule spending cuts approved as part of the 2011 debt deal.

Apparently Wilson doesn’t believe Congress should actually live by its promises … in this case, an agreement to cut $2.1 trillion in spending over a ten year period in exchange for $2.4 trillion in new deficit spending (which the federal government exhausted in fifteen months).

U.S. Reps. Jeff Duncan, Trey Gowdy, Mick Mulvaney and Mark Sanford all did the right thing and put the taxpayer first.  But Wilson did not … nor did U.S. Rep. Tom Rice, who also joined the GOP establishment in voting to do away with the spending cuts.

S.C. Gov. Nikki Haley promised us Rice was going to do better.

“I know what Tom Rice will do,” Haley said in endorsing Rice last year. “He’ll fight for us. He’ll make sure that he does the right thing and he’ll support us as we continue to fight the issues in Washington.”

Both Rice and Wilson should be ashamed of their votes on this spending bill – which is the latest example of the Republican Party totally betraying its stated “lower taxes, less government” ideology.