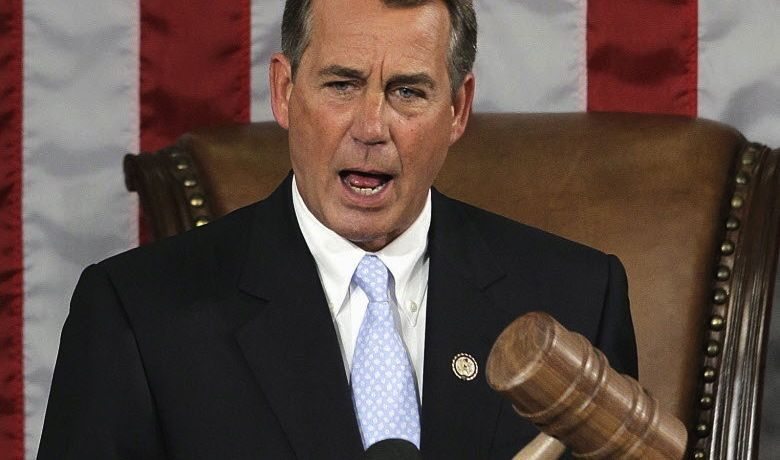 This expression is used often in our culture, usually by someone attempting to call into question the sober-mindedness of another individual. Of course this isn’t a literal interrogatory seeking to determine, say, another’s blood alcohol content – it’s more of a mental status check.

Anyway … in the case of U.S. Speaker John Boehner (RINO-Ohio), the question could go either way. Boehner obviously isn’t of “sober-mind” – as evidenced by his wholesale betrayal of the limited government movement that made him Speaker in 2011. But he’s also a drunk. In fact most nights, Washington, D.C. sources tell FITS Boehner can be found drunk off his ass at the Capitol Hill Club, a private bar located two blocks down First Street from the U.S. Capitol.

In fact, Boehner was drinking at the club when one of the few journalists ever to write about the establishment – our friend Ken Silverstein from Harper’s – received an invitation to attend. From Silverstein’s piece (published in 2008) …

Journalists can enter the Club if invited and escorted by a member, but the former board member told me that it was encouraged to “phone ahead” if a member of the press was coming. A few years ago I had a drink there with a Club member who had apparently not taken that precaution. Congressman John Boehner, flush-faced and glass in hand, approached our table and immediately began talking with my companion, whom he knew, about recent meetings he’d had with government officials from Kazakhstan. Boehner was just getting warmed up but my companion cut him off to let him know that I was a journalist. The story came to an end and Boehner, who looked stricken, quickly sought other company.

Boehner’s drinking problem – ignored by the mainstream media – received a bit of coverage on a Washington, D.C. blog earlier this year.

“Those who know Boehner best say he does tip more than a few from time to time and some of his drunken binges are poorly-kept secrets on Capitol Hill,” the blog, Capitol Hill Blue noted. “Each day, the email to Capitol Hill Blue is filled with stories about Boehner’s after-hours partying exploits.”

During a trip to Washington, D.C. earlier this year, FITS heard many of these stories … with specific references to the Capitol Hill Club.

Boehner isn’t just a drunk, either, he’s allegedly an “inveterate skirt-chaser who’s had numerous affairs,” according to Down With Tyranny, another Washington, D.C. blog. In fact one lawmaker told us on our recent Washington trip that Boehner – married since 1973 – was forced to narrow his number of regular lobbyist lovers from three down to one when it became evident he was in line to become Speaker in 2010.

Obviously there’s nothing unusual about powerful politicians getting drunk and chasing tail … that’s as natural to them as drawing breath.

But in Boehner’s case, he’s one of those sanctimonious moralizers who likes to hold himself out as something – or rather someone – he’s not.

“I believe the actions that I’ve taken in my years in Congress uphold the values of my faith,” the Catholic said not long after taking the gavel from former Speaker Nancy Pelosi.

Really? We already knew Boehner was a hypocrite on the bread and butter issues that his party is supposed to stand for, but it’s interesting to see this same trend at work in his personal life as well.

Voters put “Republicans” in charge of the U.S. House in 2010 because they wanted someone in Washington, D.C. – anyone – to show some leadership on limited government issues.

What they got instead was Boehner, a drunk adulterer who is in bed (sometimes literally) with the same special interests as Democrats and who has done nothing but accommodate the administration of U.S. President Barack Obama at virtually every turn.

In fact next to former president George W. Bush and serial flip-flopper Mitt Romney, we can’t think of another “Republican” who has done more damage to what’s left of the GOP “brand” than Boehner.