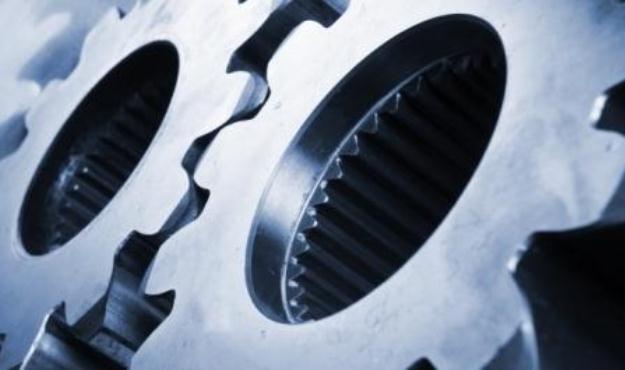 YET YOU’RE POORER THAN EVER …

By FITSNEWS || A few months ago we reported on the initial third quarter economic growth estimates – citing the disproportionate impact of government spending (notably a surge in defense spending).

Anyway, what originally printed as 3.5 percent growth has now ballooned to 5 percent – data which sent the Dow Jones soaring (closing above 18,000 for the first time in its history).

So … is the number legit?

Things are great, though … assuming you were on the winning end of the greatest wealth redistribution in human civilization (unfortunately, most of you weren’t).

And while the talking heads toast this Christmas miracle, our friends over at Zero Hedge correctly point out this big GDP number – the largest the U.S. economy has put up in 11 years – isn’t everything it’s cracked up to be.

In fact it appears the U.S. Department of Commerce has simply shifted a huge chunk of Obamacare spending from previous quarters into the third quarter personal consumption data.

“Presto change-o,” in other words. 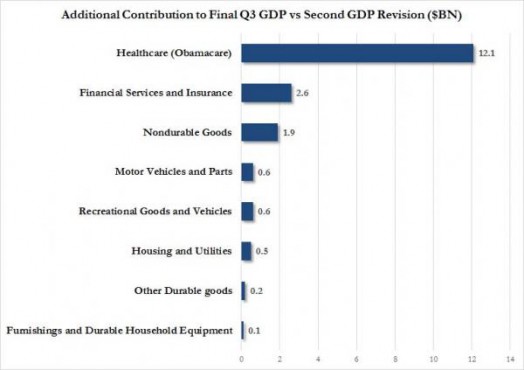 But hey … retail is booming, right? And all that money people are saving from gasoline will surely save the day, right?  Right?

Some Inconvenient Truth On Irrational Exuberance