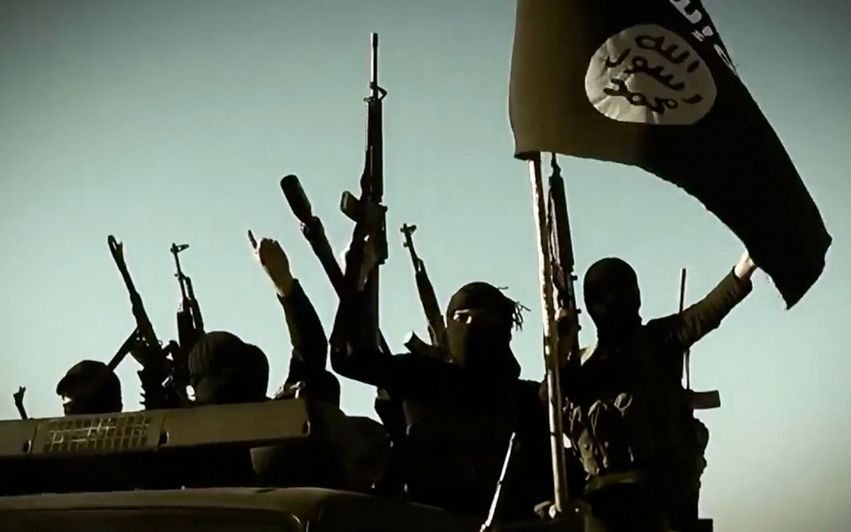 By FITSNEWS || Surging government “consumption” – including a massive jump in defense spending – drove the U.S. economy to a better-than-expected 3.5 percent increase in gross domestic product (GDP) during the third quarter of the year.  Meanwhile second quarter growth was revised to 4.6 percent while the first quarter contraction now stands at negative 2.1 percent.

Government spending accounted for 0.83 percent of the current quarter’s growth – the highest “stimulus” since the second quarter of 2009.

The problem?  Obviously the billions of dollars in new defense spending – driven by the successful fearmongering campaign against the Islamic State in Iraq and Syria (ISIS) – are unlikely to do anything to improve the broader consumer economy.

They’ll benefit a select few (including this guy) … but not you.

Oh and this growth is taxpayer-subsidized … meaning you, your kids and grandkids are going to have to pay for it eventually (which of course reduces your ability to participate in the consumer economy).

So thanks ISIS … for nothing. 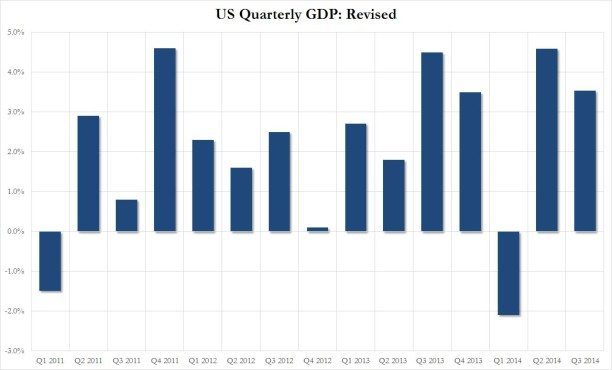 And the government consumption hike … 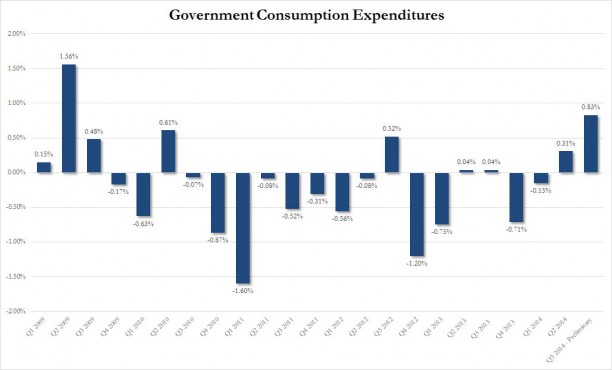 And the defense spending jump … 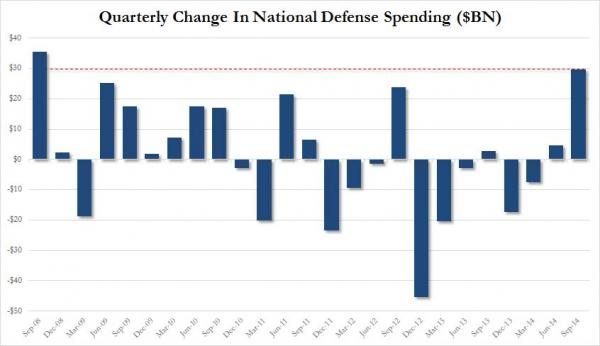 Not to CNN. According to its coverage, the U.S. economy is “chugging along” and “gaining momentum.” In fact the outlet – which barely mentioned the government growth component of this number – had the audacity to claim employment is “picking up” and that the GDP expansion was due to “more jobs” which led to “higher incomes and more spending.”

Related Topics:GDPISISstimulusU.S. economy
Up Next