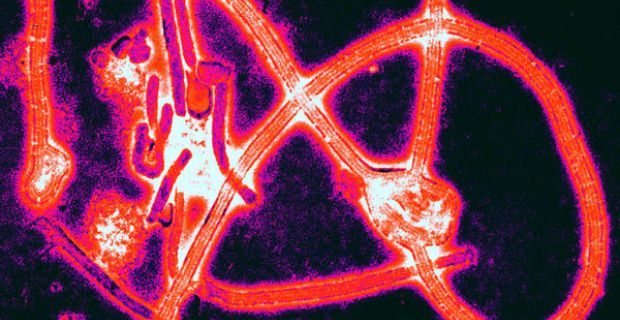 OF COURSE NOT … BUT IT’S BEING USED TO RACE-BAIT …

By FITSNEWS  ||  In what has to be the most bizarre race card ever played, the professional left – egged on by their media outlets of choice – has launched a crusade to convince us the deadly Ebola virus is racist.

“In both the United States and Europe, Ebola is increasing racial profiling and reviving imagery of the ‘Dark Continent,'” Robin Wright of the Institute for Peace wrote for CNN this week. “The disease is persistently portrayed as West African, or African, or from countries in a part of the world that is racially black, even though nothing medically differentiates the vulnerability of any race to Ebola.”

And according to Wright the worse Ebola gets, the bigger the racism associated with it will grow.

“As panic deepens, the danger is that racism — on planes and public transportation, in lines, on streets, in glances — deepens further, too,” Wright continued.

Good God.  Is this woman for real?  Are we seriously going there?

Last time we checked, the epicenter for the current Ebola outbreak was West Africa.  It’s not racist to say that, it’s accurate.  And in so saying, no one is assigning blame to West Africans for contracting the disease.  Seriously … this isn’t like some middle school stomach virus or lice outbreak where fingers can easily be pointed in the direction of incompetent parents.

Ebola isn’t racist, people … but it is becoming a cause célèbre for race-baiting.

For example in a recent article, Nation of Islam leader Louis Farrakhan alleged Ebola was one of the government’s “race targeting weapons.”

“There is a weapon that can be put in a room where there are Black and White people, and it will kill only the Black and spare the White, because it is a genotype weapon that is designed for your genes, for your race, for your kind,” Farrakhan wrote.

“They are creating this as a means of depopulating our planet of undesirables, a process called culling the population,” Farrakhan added.  “So, if you are poor and ignorant; if you are Black or Brown, you are being selected for destruction.”

Really?  Last time we checked poor blacks – like poor whites – were being targeted for food stamps.

And rich blacks were the ones pushing population control.

All of this is, of course, deliberate provocation – and baseless demonization.   And it’s nothing new.  For years, we’ve been told that any criticism of the nation’s first black (well, half-black) president Barack Obama is rooted in racism – not the fundamental inefficacy and demonstrable failure of his ideas.

It’s all racial to those who claim a desire to not be judged by race … like the pro-affirmative action hypocrites who demand equality in the form of preferential selection (irrespective of one’s abilities or the “content of one’s character”).

Ebola isn’t a government weapon targeting blacks.  Nor is it a racial disease.  Nor are its American victims being treated differently due to their skin color.

It’s a deadly virus for which there is currently no treatment and no cure … which ought to be the definition of a “we’re all in this together” sort of occurrence.

Mande: On Columbus Day (And Other Stuff)

Take This Pipeline … And Shove It