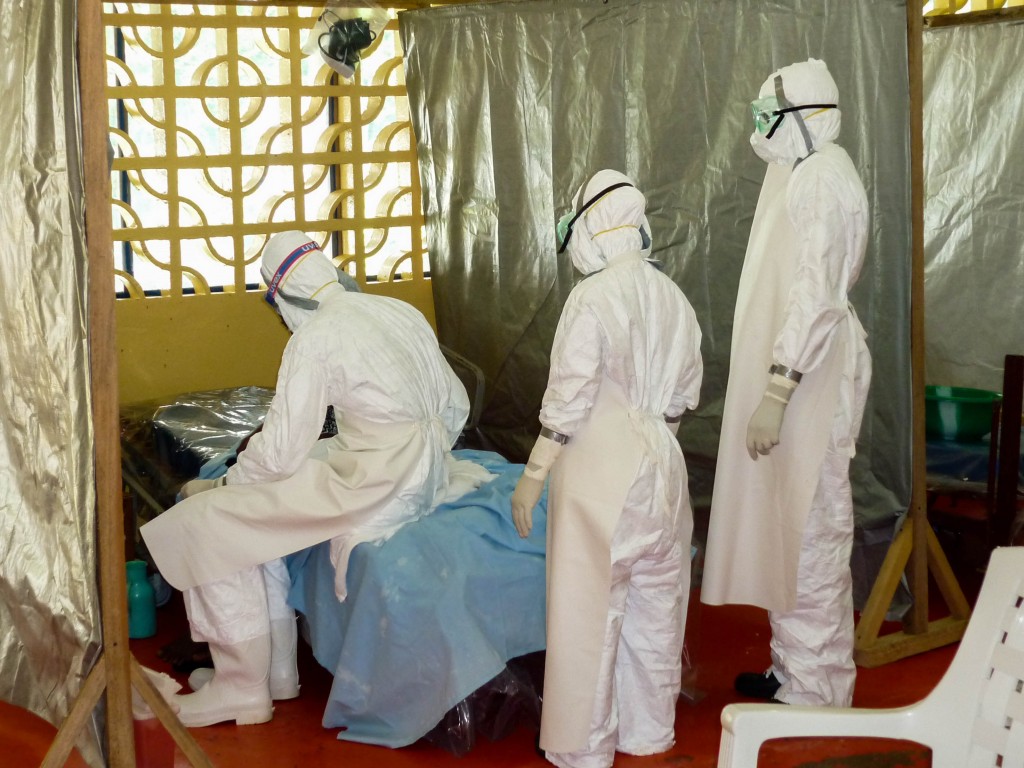 By RON PAUL ||  According to Forbes magazine, at least 5,000 Americans contacted healthcare providers fearful they had contracted Ebola after the media reported that someone with Ebola had entered the United States.  All 5,000 cases turned out to be false alarms.  In fact, despite all the hype about Ebola generated by the media and government officials, as of this writing there has only been one preliminarily identified case of someone contracting Ebola within the United States.

Ebola is a dangerous disease, but it is very difficult to contract.  Ebola spreads via direct contact with the virus.  This usually occurs though contact with bodily fluids.  While the Ebola virus may remain on dry surfaces for several hours, it can be destroyed by common disinfectants.  So common-sense precautions should be able to prevent Ebola from spreading.

It is no coincidence that many of those countries suffering from mass Ebola outbreaks have also suffered from the plagues of dictatorship and war.  The devastation wrought by years of war has made it impossible for these countries to develop modern healthcare infrastructure.  For example, the 14-year civil war in Liberia left that country with almost no trained doctors.  Those who could leave the war-torn country were quick to depart.  Sadly, American foreign aid props up dictators and encourages militarism in these countries.

President Obama’s response to the Ebola crisis has been to send 3,000 troops to West African countries to help with treatment and containment.  Obama did not bother to seek congressional authorization for this overseas military deployment.  Nor did he bother to tell the American people how long the mission would last, how much it would cost, or what section of the Constitution authorizes him to send U.S. troops on “humanitarian” missions.

The people of Liberia and other countries would be better off if the U.S. government left them alone.  Leave it to private citizens to invest in African business and trade with the African people.  Private investment and trade would help these countries develop thriving free-market economies capable of sustaining a modern healthcare infrastructure.

Legitimate concerns about protecting airline passengers from those with Ebola or other infectious diseases can best be addressed by returning responsibility for passenger safety to the airlines.  After all, private airlines have a greater incentive than does government to protect their passengers from contagious diseases.  They can do so while providing a safe means of travel for those seeking medical treatment in the United States.  This would remove the incentive to lie about exposure to the virus among those seeking to come here for treatment.

Ebola patients in the U.S. have received permission from the Food and Drug Administration to use “unapproved” drugs.  This is a positive development.  But why should those suffering from potentially lethal diseases have to seek special permission from federal bureaucrats to use treatments their physicians think might help?  And does anyone doubt that the FDA’s cumbersome approval process has slowed down the development of treatments for Ebola?

Firestone Tire and Rubber Company has successfully contained the spread of Ebola among 80,000 people living in Harbel, the Liberian town housing employees of Firestone’s Liberian plant and their families.  In March, after the wife of a Firestone employee developed Ebola symptoms, Firestone constructed its own treatment center and implemented a program of quarantine and treatment.  Firestone has successfully kept the Ebola virus from spreading among its employees.  As of this writing, there are only three Ebola patients at Firestone’s treatment facility.

Firestone’s success in containing Ebola shows that, far from justifying new state action, the Ebola crises demonstrates that individuals acting in the free market can do a better job of containing Ebola than can governments.  The Ebola crisis is also another example of how U.S. foreign aid harms the very people we are claiming to help.  Limiting government at home and abroad is the best way to protect health and freedom.

ISIS Closing In On US Troops In Baghdad