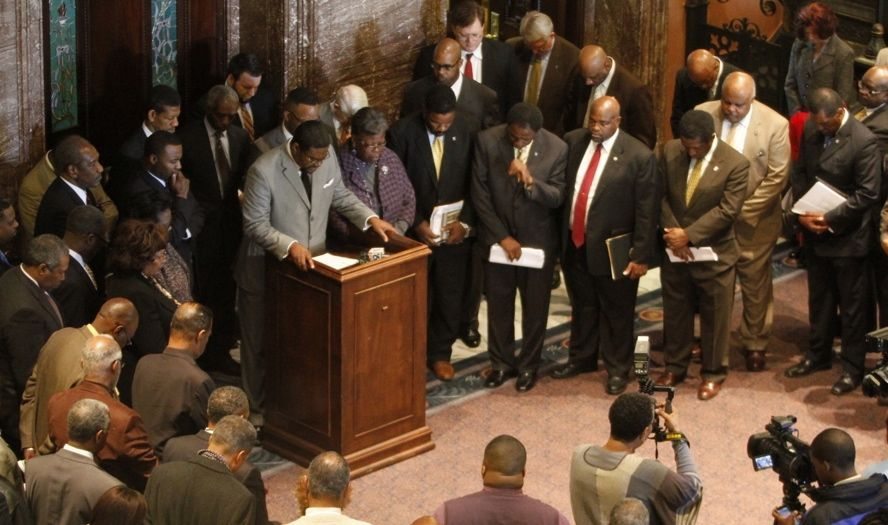 So the S.C. Democratic Party is hosting a big event next week to commemorate the fiftieth anniversary of the “March on Washington” – which of course is the defining moment in the civil rights struggle of the 1960s.

According to the party’s official news release – which we published here – the goal of this event is to answer the questions “Where Are We Now and Where Are We Going?”

Well, we can answer those questions …

Blacks in South Carolina are nowhere … and are going nowhere. Fast. Of course they shouldn’t feel too bad about that: So are most whites.

Why? Because in South Carolina “Republicans” and Democrats – especially black leaders – have decided the path to fulfilling King’s dream lies exclusively in the expansion of federal, state and local government bureaucracies.

… for far too many blacks King’s dream has been co-opted by shameless, self-serving poverty pimps who would rather see their people remain in economic chains than letting them avail themselves of the market-based reforms capable of truly setting them free. For an example take a look at South Carolina’s worst-in-the-nation government-run school system, which owes its ongoing monopoly status (and effective enslavement of generations of black children) to the monolithic support it receives from black elected officials.

On so many issues these despicable “black leaders” fatten their pockets with the spoils of office – at the same time insisting taxpayers subsidize the equality of outcomes in this country, not the equality of opportunity.

Seriously … S.C. Rep. Gilda Cobb Hunter is appearing at this event? That tells you all you need to know …

And what about S.C. Rep. Todd Rutherford? The only advancement for his people he cares about is violent criminals being permitted to remain free on bond (you know, so they can “work” to pay his fees). In fact Rutherford, a member of the powerful House judiciary committee, worked last year to block legislation which would have imposed tougher standards for the release of violent criminals.

These are “black leaders?”

Please … and the same goes for shameless status quo hacks in the S.C. General Assembly like Darrell Jackson, Gerald Malloy, Clementa Pinckney and John Scott, to name just a few.

Until a new generation of black elected officials arises – one willing to condemn the failure of this government-first worldview and embrace common sense, free market reforms – far too many black citizens (and white citizens) will remain enslaved to ignorance, poverty and hopelessness.

And until more black leaders embrace the notion of public service as opposed to corrupt self-serving, King’s dream will continue to be deferred.

King correctly noted that his dream was “deeply rooted” in the American dream. In fact it is the American dream – life, liberty and prosperity for all people. But black leaders – and the government-first world view they slavishly embrace – are doing nothing to achieve that dream.

If anything, they are holding all of us back …