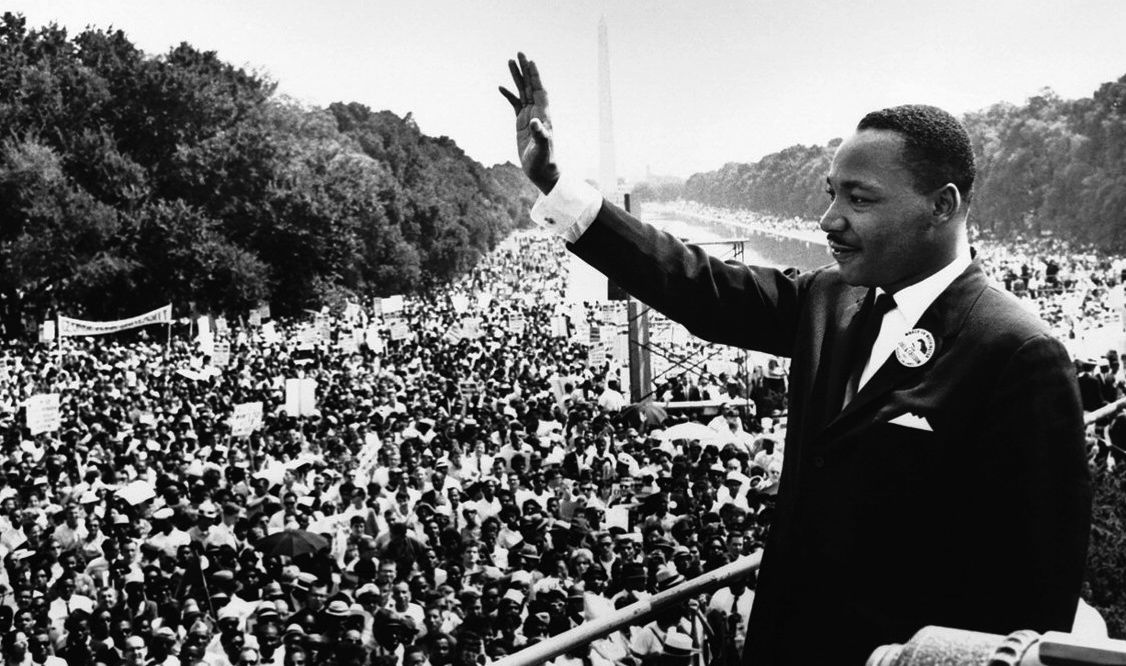 This website is an ardent defender of the U.S. Constitution and the individual liberties and limited form of government it outlined for a fledgling nation. However we’re not foolish enough to assert the infallibility of America’s founding blueprint. For example the U.S. Constitution not only viewed blacks as “three-fifths” human – but as property capable of being bought, sold or bartered. Meanwhile blacks and women were barred from voting – let alone holding elected office.

These are glaring omissions – incompatible with any modern definition of individual liberty. And thankfully these injustices have been rectified over the past two-and-a-half centuries.

One reason? The life and work of Dr. Martin Luther King, Jr., a Baptist preacher from Alabama (by way of Atlanta) whose leadership in the civil rights movement cost him his life – but earned him a place in American history as one of the foremost proponents of liberty. In fact we can’t think of any American who more steadfastly, passionately and eloquently advocated on behalf of the basic “inalienable” freedoms upon which this nation was founded.

We’ve heard the allegations against King – that he was a closet communist and a moral degenerate whose personal life was wholly incompatible with his public preaching.

Whatever. Even if those things were true, they don’t diminish what he stood for or what he was able to accomplish on behalf of liberty.

Here’s the problem, though. Well … there are two problems, a pair of inescapable truths which cast long shadows over what ought to be a day of celebration for black Americans.

First and foremost, for far too many blacks King’s dream has been co-opted by shameless, self-serving poverty pimps who would rather see their people remain in economic chains than letting them avail themselves of the market-based reforms capable of truly setting them free. For an example take a look at South Carolina’s worst-in-the-nation government-run school system, which owes its ongoing monopoly status (and effective enslavement of generations of black children) to the monolithic support it receives from black elected officials.

On so many issues these despicable “black leaders” fatten their pockets with the spoils of office – at the same time insisting taxpayers subsidize the equality of outcomes in this country, not the equality of opportunity.

That’s a major distinction, people. Equality of opportunity is a fundamental, God-given right. The forced equality of outcomes? That’s socialism.

Second, the freedoms King fought so courageously to obtain for black Americans are currently being eroded for all Americans. Consider this: When an unelected, unaccountable central bank lends and prints money at will – this makes it harder for all income earners to stretch their dollars. Same with the recent payroll tax hike. Also, do warrantless wiretaps not affect black Americans? What about Obamacare’s insidious individual mandate? And will blacks be exempted from the coming “War on Guns?”

One of King’s most famous quotes is that “injustice anywhere threatens justice everywhere.”

Well justice is currently under siege everywhere, and it’s up to all Americans – black and white – to stand up for it.