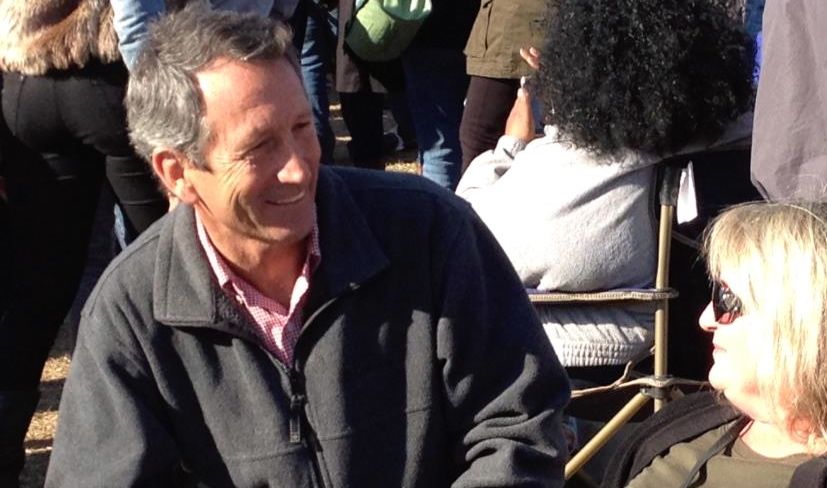 To say this website has gone round the bend a few times with former S.C. Gov. Mark Sanford is an understatement. It’s a lengthy, rocky history – one which has factored prominently in the Palmetto State’s recent political past.

In the summer of 2001, Sanford plucked our founding editor from the obscurity of a bass guitar gig with a local alternative rock band – tasking him with messaging responsibility for a statewide gubernatorial campaign.

Astoundingly, that campaign won the November 2002 election over an incumbent Democrat – and for two-and-a-half years Will Folks (a.k.a. Sic Willie) was Sanford’s gubernatorial press secretary.

Things went downhill from there though – rapidly. After Folks announced his departure from the governor’s office in 2005 Sanford flat out stabbed him in the back – accusing him of making a “stupid and tragic mistake” in a trumped-up domestic violence case. The rug having been pulled out from under him, Folks was forced to plead guilty in this “he said, she said” case.

It was during this dark period that FITSNews first appeared on the Palmetto political scene – and quickly established itself as one of Sanford’s most outspoken and aggressive critics. In fact this website was the first media outlet to call on Sanford to resign his office in the wake of his 2009 sex scandal.

“I can understand how he feels that need for redemption very strongly on a personal level, but that is precisely the basis for my advice to him – that he should, in fact, resign,” our founding editor wrote the day after Sanford’s dramatic confession. “Sorry, Mark, but spending the next eighteen months winning people’s trust back is just not a good enough reason for you to stick around.”

Nor is winning people’s trust back a good enough reason to run for the U.S. Congress – which is exactly what Sic told Sanford when he called last December and asked about whether he should jump into the first congressional district race.

That conversation – and several subsequent ones – reminded us of the former governor’s chronic narcissism. Seriously, it’s as though every chat with him involves a lengthy recanting of the “seasons of (his) life” and the “spiritual journeys” he’s on before he eventually gets to the point – which invariably involves something he wants. And for those gullible enough to grant Sanford his wishes, those favors are rarely if ever reciprocated – an imbalance one former staffer related to us once in terms so egregious we literally boiled over with anger against the disgraced politician.

For these and many other reasons – most notably his use of tax dollars to facilitate his extramarital affair – we had resolved not to endorse Sanford in the event he made the GOP runoff for the first congressional district. In fact we were hoping S.C. Sen. Larry Grooms (R-Berkeley) would advance to the runoff – which would have made our decision a no-brainer.

We endorsed Grooms in the crowded primary race – and he came within a few hundred votes of making it to a head-to-head match-up against Sanford. 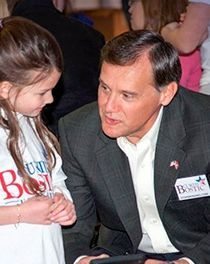 Grooms had all sorts of redeeming qualities – including a proven record of advocacy on behalf of taxpayers and major free market reforms. Instead, the “anti-Sanford” would up being Curtis Bostic – a trial lawyer and former Charleston County councilman whose only redeeming quality is the fact that he’s not Mark Sanford.

In fact he’s worse … much worse.

Bostic – who doesn’t even live in the first district – is a disaster waiting to happen. He’s a fiscal liberal and social conservative panderer who brings all sorts of troubling baggage into this race. He also has a similar “trust problem” – not to mention his refusal to come clean with voters on who’s paying his bills.

More to the point, Bostic’s “conservatism” appears to be limited to his oft-repeated campaign mantra – “bringing conservatives together around conservative ideas.” Never mind that the only specific “conservative idea” he’s attached to this mantra wound up being a tax hike for reckless “green space” purchases (which Bostic falsely portrayed as a “private sector” effort).

Bostic’s campaign website is StopSpending.com. The only problem? He’s never done it.

Look, we have no doubt Sanford is going to continue his narcissistic behavior. And we have no doubt he’s only running for this seat because he wants to revive his national ambitions – and start drawing a steady paycheck again.

It’s a “chicken or egg” case of self-indulgence, isn’t it?

But despite this, we also know Sanford will vote right down the line with fiscal conservative champions in the South Carolina delegation like U.S. Reps. Jeff Duncan and Mick Mulvaney. That’s what matters – and that’s why we’re willing to take the heat for endorsing him.

Take this nod with a grain of salt, though. In 2010, this website endorsed the candidacy of S.C. Gov. Nikki Haley – even though we knew intimately (and we mean intimately) what a liar she was. Upon further review that endorsement was a terrible mistake – we probably should have just stayed out of that race.

And we were going to stay out of this race … or simply “un-endorse” Bostic. But that would have been silly.

Mark Sanford is a flawed politician and an even more flawed human being. But held up to the light of taxpayer-centric scrutiny, those flaws pale in comparison to Bostic’s. For this fundamental reason, we endorse Mark Sanford for the first congressional district – and urge its residents to choose this narcissistic philanderer over the wolf in sheep’s clothing knocking at their door.

Summey: The Truth About Those “Greenbelts”