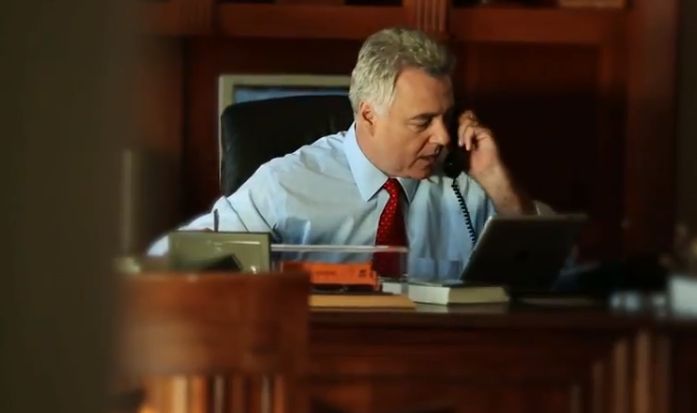 Talk is cheap in politics … increasingly so, as a matter of fact. And the longer “conservatives” and “Republicans” permit fiscal liberals and closeted Democrats to self-apply these labels with impunity, the less meaning these terms will have – and the more watered down the GOP brand will become.

And the further to the left our country will slide …

Fortunately in South Carolina’s first congressional district there is no need for voters to settle for a “talker.” Standing out in an uninspiring field of unproven options and outright hypocrites is one candidate who has consistently demonstrated a firm commitment to protecting the best interests of Palmetto State taxpayers. He also happens to be the candidate best positioned to defeat former S.C. Gov. Mark Sanford in a Republican runoff election on April 2 – and strongest GOP option against likely Democratic nominee Elizabeth Colbert-Busch.

Which candidate are we referring to? S.C. Sen. Larry Grooms.

Unlike the rest of this field (which is replete with glad handers who say one thing and do another), Grooms walks the walk when it comes to fiscal conservatism, free market reform and protecting individual liberty. And not only does he vote the right way on these issues, he has carried the flag on some of the major pro-free market reforms this website has consistently advanced.

For example, while liberal Republicans in the S.C. Senate (like John Courson, Wes Hayes, Hugh Leatherman and Larry Martin) were endorsing the Barack Obama position on parental choice – Grooms was rolling out one of the most comprehensive parental choice bills the nation has ever seen.

He’s also been a strong supporter of S.C. Sen. Tom Davis’ taxpayer rebate fund proposal – an effort to take government “savings” and surpluses and route that money back to the people who sent it to Columbia, S.C. in the first place.

Why have these reforms failed to pass? Because Columbia, S.C. – like Washington, D.C. – is full of “Republicans” whose commitment to conservatism stops and starts with the hot air that emanates from their word holes.

Sadly this race (like most South Carolina elections) is full of such politicians – including hypocrites like Mark Sanford, Teddy Turner, Curtis Bostic and Chip Limehouse. Bottom line? None of them can be trusted to keep their word.

Grooms on the other hand has kept his word – which is why he’s been endorsed by U.S. Reps. Jeff Duncan and Mick Mulvaney, a pair of fiscal conservative champions who know exactly the sort of consistent commitment to fiscal values that’s required right now in our nation’s capital.

For fiscal conservatives, free market backers and supporters of individual liberty, there is only one sure choice in South Carolina’s first district GOP primary: Larry Grooms.