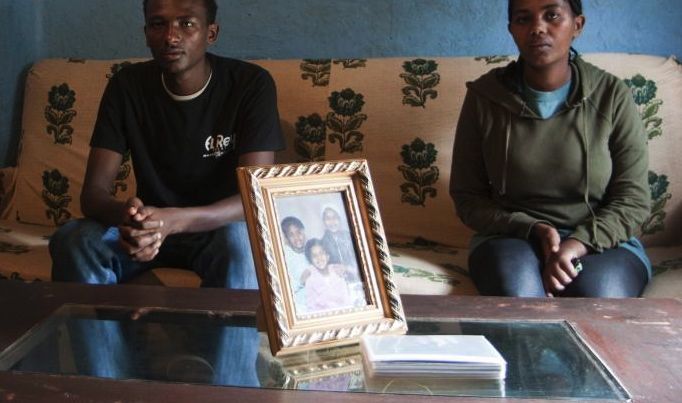 Of course his residency problem – first exposed by FITS – is small potatoes compared to another story about Bostic which bubbled up over the weekend.

Bostic is (or until very recently was) the attorney of record for Christian World Adoption (CWA) – a multi-million dollar Charleston, S.C.-based company which critics contend is nothing but a sophisticated human trafficking outfit.

“Adoptive families allege that many children brought to the U.S. are not even orphans, that prospective parents are misled about a child’s health and background, that local families are recruited – and sometimes even paid – to give up their kids,” a 2010 CBS News exclusive report alleged.

The adoption agency at the heart of the CBS investigation? Christian World Adoption.

Then there’s this relevant exchange between CBS investigative journalist Arman Keteyian and a then-11-year-old Ethiopian girl named Meya, who along with her two brothers was “adopted” by an American family via Christian World in 2009 …

Bostic appeared in the CBS report, referring to the allegations against his employer as “completely unfounded.” And while he refused to discuss details of specific cases – claiming he was “prohibited by law” from discussing them (more on that in a moment) – his response strongly suggested the adoptive parents were to blame.

Bostic’s connections to CWA were buried toward the end of a very favorable profile piece written by reporter Shawn Drury of The Patch.

“CWA was the subject of serious charges with respect to some of its adoption practices, none of which was ever proven,” Drury reported.

Um … really? Did Drury not watch the CBS report?

On his website, Bostic lists Ethiopia among the nations to which he has traveled for the purpose of “non-profit” work. Of course he was paid handsomely by CWA. According to The Patch, the company paid Bostic’s law firm $466,073 in 2011 and $189,845 in 2010.

Once again, though, the attorney refused to comment – citing “attorney-client privilege.”

Bostic then offered up this doozy of a quote …

Christian World Adoption filed for bankruptcy earlier this month, incidentally – listing “fewer referrals in Ethiopia” among the contributing factors in its decision.

“It is with great regret that CWA announces that we are ending operations as an agency effective immediately,” the company wrote on its website. “If there were any way forward for CWA, we would take that option, but at this point in time we see no other choice but to close our doors. Needless to say, we are devastated.”

So … will Bostic’s past employment with Christian World Adoption impact his 2013 congressional candidacy?

That remains to be seen. The attorney has been aggressively courting social conservatives, touting his volunteer work with a number of regional Christian non-profits.