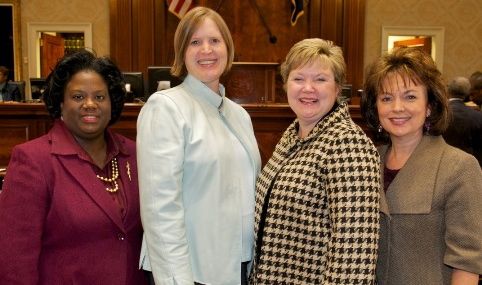 First of all, there shouldn’t even be a “Women’s Caucus” in the S.C. General Assembly – nor a “Black Caucus” for that matter. The expenditure of tax dollars on gender- or race-specific entities in any branch of state government is ridiculous and unnecessary in this day and age – no matter what certain irascible vaginas or race card players might lead you to believe.

As further evidence of its ongoing pointlessness, the S.C. Women’s Caucus (including a few of its Democratic representatives) is reportedly engaging in open jihad against its newest member – State Rep. Beth Bernstein (D-Richland). In fact certain members of the committee recently led an effort to scuttle Bernstein’s first judicial nomination on account of their hatred for the freshman lawmaker.

Well, the convenient explanation for this “extreme hostility” (as a source close to Bernstein described it) is the fact this first-term Democrat defeated veteran “Republican” lawmaker Joan Brady – a notoriously corrupt fiscal liberal who might as well have been a Democrat. In fact we endorsed Bernstein for the simple reason she was (is) further to the right than Brady on fiscal issues.

Not to mention a champion for long-overdue ethics reform.

But we think there’s something else going on here …

In case you haven’t noticed from our previous coverage, Bernstein is an attractive, articulate young lawmaker who takes very, very, very good care of herself. Seriously … take a look … 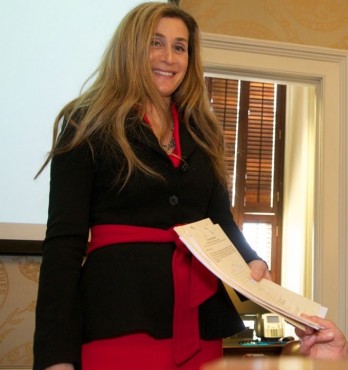 The rest of the “Women’s Caucus?”

So while there may be some lingering bitterness owing to Brady’s defeat, this strikes us as more of a petty girl-on-girl vendetta based on the fact Bernstein is infinitely more attractive than the women conspiring against her. And when we say “infinitely,” that’s understating things dramatically.

In fact we apologize to Bernstein for that …

Seriously, it isn’t Bernstein’s fault that S.C. Rep. Shannon Erickson – the Beaufort RINO said to be leading this Real Housewives-style intrigue – took a nose dive off the “ugly Redwood” and hit every friggin’ limb on the way down (at which point her face plowed into the ground beneath the tree and took out a big chunk of its root system).

Nor is it Bernstein’s fault Erickson and most of her stretch-pants wearing colleagues haven’t engaged in sustained cardiovascular exertion since the Nixon administration. Or that they view high fashion as draping some 1990s thrift store sofa pattern over their ever-expanding frames in an effort to simultaneously conceal their flab and elicit insincere compliments from fellow members of their “Biddie Brigade.”

No you don’t, bitch. No you don’t. And you don’t like those hideous fucking earrings either.

“It doesn’t matter if those bitches like her or not,” one Bernstein supporter told FITS. “Joan Brady’s constituents made the call on that one. She was elected by a huge margin and deserves to be treated with respect unless or until she does something dishonorable. Winning an election against an incumbent is not dishonorable.”

Nor is being hot …