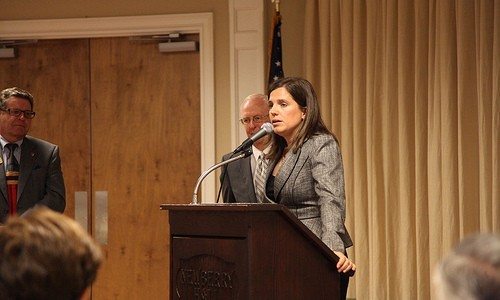 U.S. Senate candidate Nancy Mace has come out against American military intervention in the Syrian Civil War – putting her at odds with incumbent “Republican in Name Only” U.S. Sen. Lindsey Graham.

“I find no compelling national security reason to engage our military in Syria,” Mace said in a statement. “I believe American troops should be fighting against al-Qaeda, not alongside them.”

Mace added that “bolstering an opposition dominated by al-Qaeda will hurt our national interests and only deteriorate the situation in the Middle East.”

South Carolinians aren’t the only ones Graham is attempting to sell. He’s been appealing to other “Republican” members of the U.S. Congress after a series of strategy meetings with Obama over the Labor Day weekend (with some success it would appear).

This website has repeatedly argued against American involvement in this conflict (see here, here, here and here). Even the chairman of Obama’s joint chiefs of staff has expressed grave reservations.