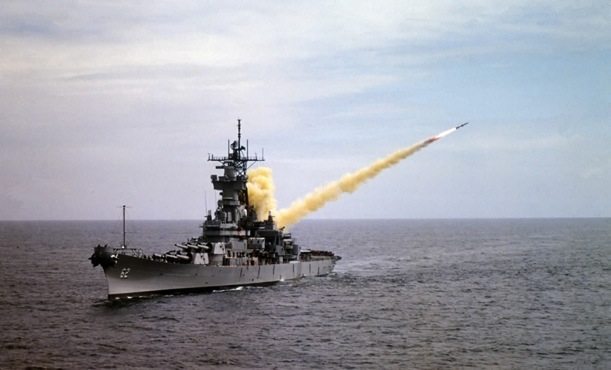 But U.S. President Barack Obama is having a terrible year … and Syria has crossed his so-called “red line” by using chemical weapons. So we’re going to bomb them.

“President Obama believes there must be accountability for those who would use the world’s most heinous weapons against the world’s most vulnerable people,” U.S. Secretary of State John Kerry said this week.

Meanwhile numerous media outlets are reporting that American military commanders are preparing for a forthcoming strike – one expected to last at least two days involving the use of long-range bombers as well as ship-based cruise missiles.

No chemical weapons have been used against Americans, mind you – Syrian leader Bashar Al-Assad is accused of gassing his own people. You know, as part of the Syrian Civil War.

Why should we care if he does that? Easy: We shouldn’t. It’s terrible, but its also none of our business … in fact some of the people fighting against Assad’s regime are every bit as savage as he is. And Obama is spending our tax dollars putting weapons in their hands.

Now we’re going to escalate our intervention … dropping an as-yet-undetermined amount of explosive force down from the sky in an effort to punish Assad’s regime for its actions..

As we’ve stated repeatedly this sort of recklessly aggressive interventionist foreign policy is not going to make America any safer. If anything attacking Syria in this way is going to make our country less safe – creating new martyrs, new enemies and new terrorists eager to carry out new plots.

All so Obama can have his “Wag the Dog” moment …