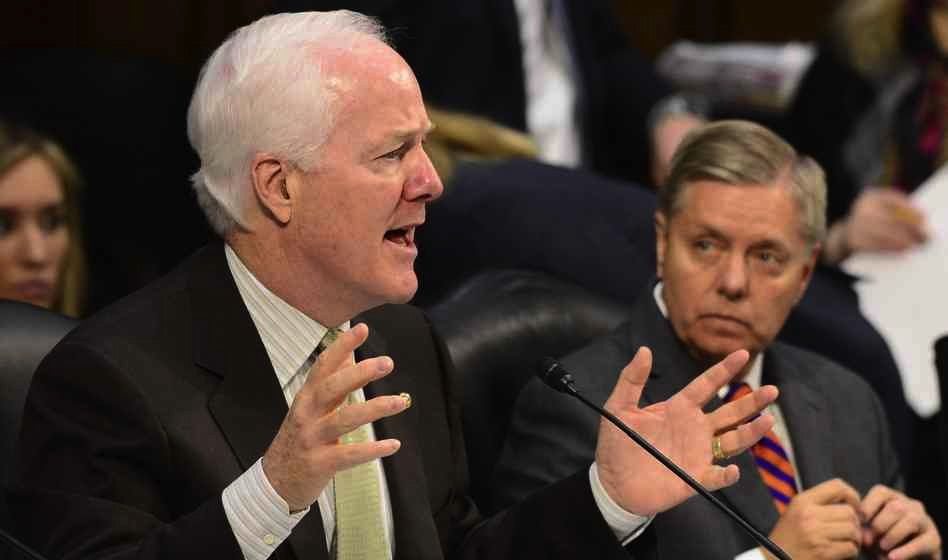 U.S. Sen. John Cornyn (RINO-Texas) is signaling support for American intervention in Syria’s civil war because it will help U.S. President Barack Obama save face with the “bullies” of the world.

“I believe what I’ve been told and what we’ve all been told that it’s indisputable that chemical weapons have been used,” Cornyn told a Texas radio station last week. “The president said that’s a ‘red line,’ and I think for him not to do anything since the red line has been crossed would just send a signal to Iran who’s building nuclear weapons , and other bullies of the world that we don’t mean what we say.”

Ah … Obama’s “red line.” Along with dubious intelligence … what a great reason to get involved in another Middle Eastern conflict (not).

Cornyn joins fellow “Republican” warmongers like U.S. Senators John McCain and Lindsey Graham in supporting military action against the regime of Syrian president Bashar al-Assad – even though there is no compelling national interest involved (and even though intervening in the conflict puts the American military on the same side as these al-Qaeda butchers).

This website has written repeatedly in opposition to American involvement in Syria’s civil war (here, here, here and here) – arguing it serves no compelling American interest and will only make our citizens less safe by needlessly stoking anti-American extremism.