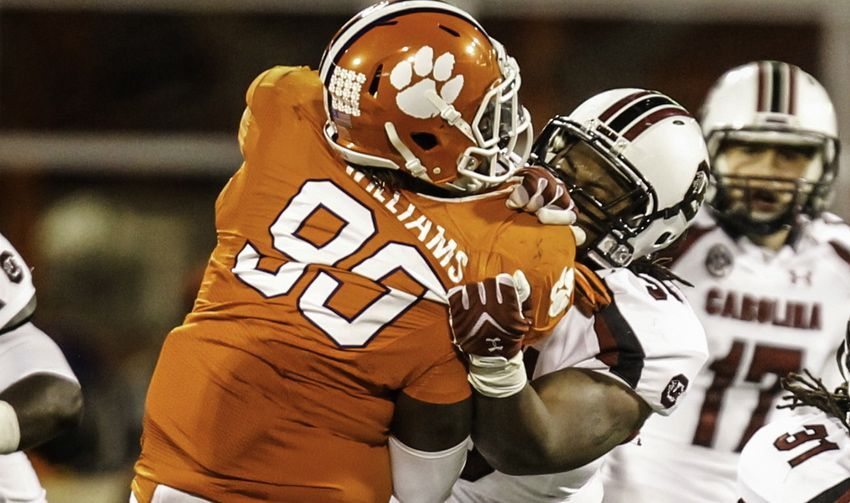 Clemson University and the University of South Carolina’s football programs continue to make history with their poll positions – extending what could one day be remembered as the golden age of Palmetto pigskin.

For head coach Dabo Swinney’s Tigers (1-0, 0-0 ACC), this week’s No. 4 ranking in the Associated Press poll marked the program’s highest ranking since September 1988, when they were the third-ranked team in America. Clemson also received one first-place vote in the AP poll – the first time that’s happened since 1991.

Meanwhile South Carolina – which climbed as high as No. 3 last year – is ranked sixth in both the AP and USA Today/ Coaches’ polls. That’s the 49th consecutive poll in which the Gamecocks (1-0, 0-0 SEC) have been ranked among the nation’s Top 25 teams – extending a school record.

Only Alabama, LSU, Oregon and Oklahoma have longer active streaks.

Steve Spurrier’s Gamecocks travel to Athens on Saturday to play Georgia – which fell from No. 5 to No. 11/12 following its loss to Clemson. Nonetheless, the Bulldogs (0-1, 0-0 SEC) have been installed as three-point favorites. Kickoff at Sanford Stadium is set for 4:30 p.m. with ESPN  televising the game nationally. Brad Nessler, Todd Blackledge and Holly Rowe  will call the action.