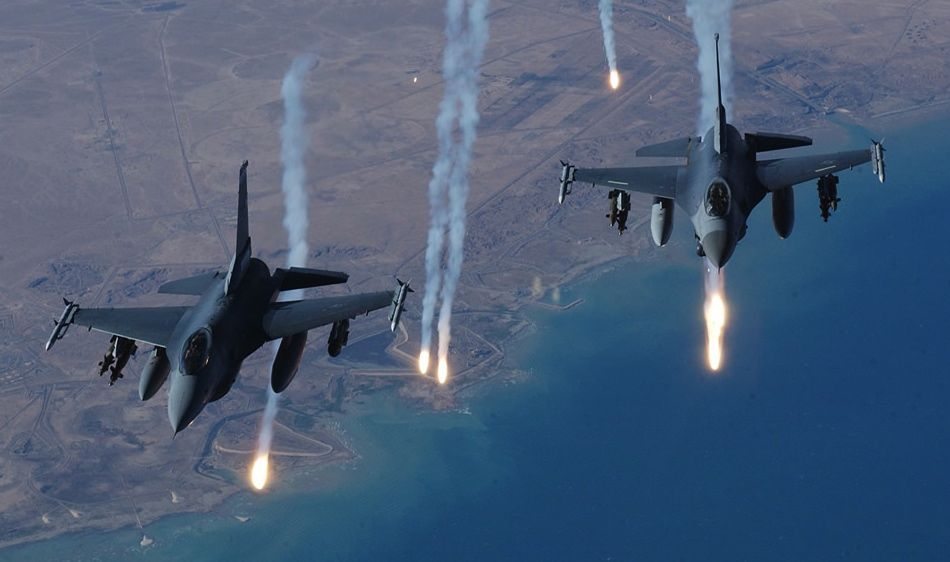 “Officers at the Pentagon on Thursday were updating target lists for possible airstrikes on a range of Syrian government and military installations, officials said, as part of contingency planning should (Obama) decide to act after what experts said may be the worst chemical-weapons massacre in more than two decades,” the Journal reported.

American engagement in the Syrian conflict would come in response to reports that Syrian leader Bashar al-Assad gassed his own people – which Obama previously referred to as a “red line.” Meanwhile fiscally liberal warmongers like U.S. Senators Lindsey Graham and John McCain have been pushing Obama to send troops to Syria.

Obama is already providing weapons to Assad’s enemies … including al-Qaeda affiliates who have been savagely executing Christians.

As we’ve stated from the beginning of this conflict, Syria’s civil war is Syria’s problem. Just as Egypt’s emerging civil war is Egypt’s problem. American military engagement is going to do precisely one thing – create new enemies for our nation, which (news flash) makes our citizens less safe.

We believe it should be the policy of the United States to engage in tariff-free trading with all nations – as the free market would have us do – while providing taxpayer-subsidized aid to no one. Furthermore, our military might should be leveraged only when there is a compelling national security interest based on reliable intelligence (i.e. another nation is about to attack us) – and then only with specific objectives and an exit strategy.

There is no compelling American interest in Syria … which is why we should stay the hell out of its war. Getting involved is only going to breed a new wave of anti-American extremism and invite new attacks against our citizens. In addition to obligating money America’s government doesn’t have.

Yet according to Obama, America is the “one indispensable nation” in the Middle East – and  it is our job to ensure “weapons of mass destruction are not proliferating, as well as needing to protect our allies, our bases in the region.”

Cue the bombs, people … and some ridiculous “Operation Patriotic Duty” campaign name inspired by the music of Lee Greenwood.

While a Syrian engagement is not in America’s interests, it is clearly in Obama’s interest. After all … he needs something (anything) to distract the media from his domestic spying, IRS discrimination and the looming disaster that is Obamacare.

Free Press? Not In The UK