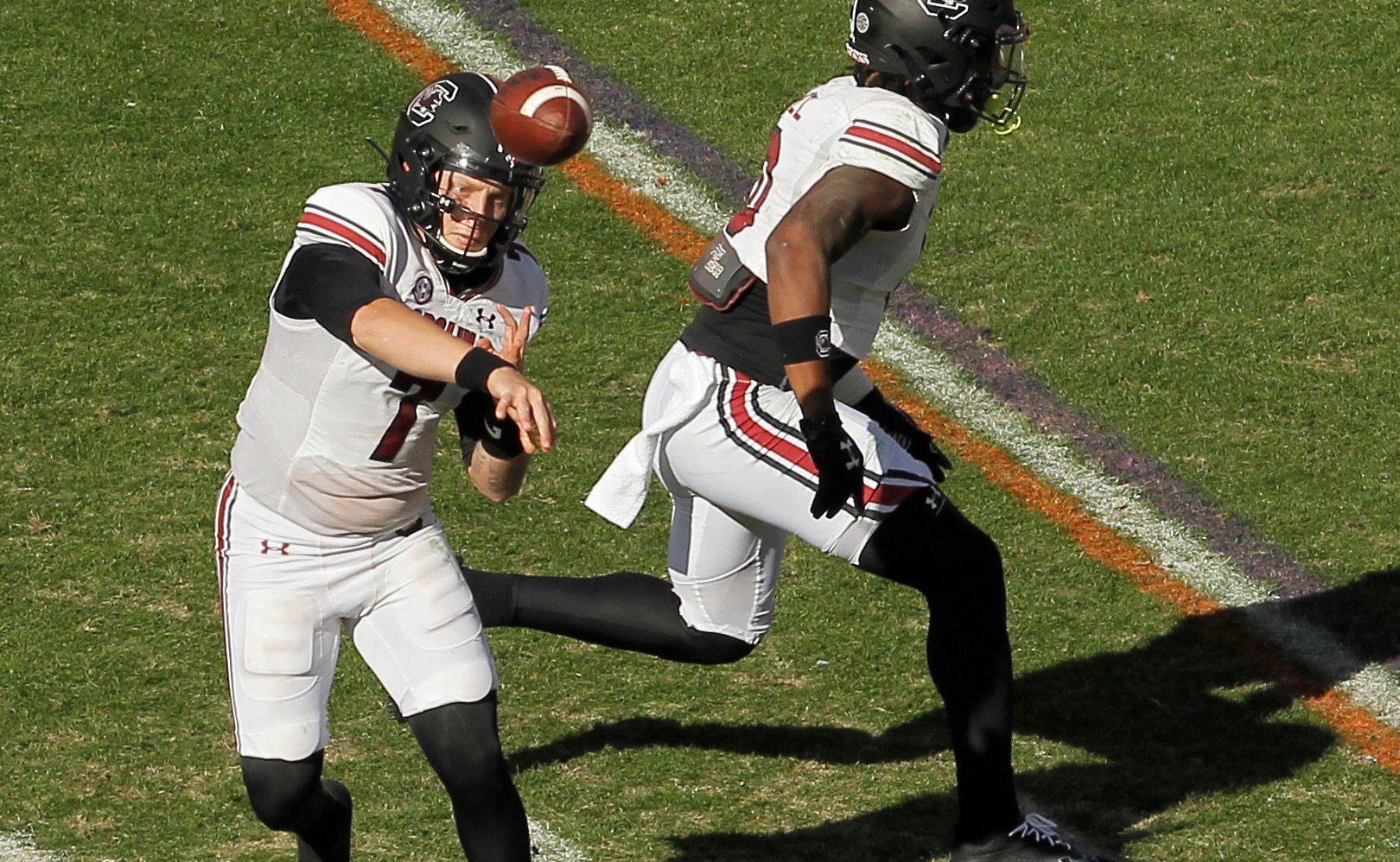 During a pair of season-ending upset victories over No. 5 Tennessee (here) and No. 8 Clemson (here), for example, Rattler threw for a combined 798 yards with eight touchdowns. He also ran for a score against the Tigers – helping propel South Carolina to its first win in this rivalry series since 2013.

The problem? Rattler threw only eight scoring strikes in the Gamecocks’ previous ten games – and was held at or below 200 yards passing in seven of those contests.

For most of the year, Rattler looked … lost.

As a result, his final 2022 regular seasons numbers weren’t all that impressive: 2,780 yards passing with 16 touchdowns and 11 interceptions (along with 19 yards on the ground with three scores).

Decent numbers … but hardly the sort of stuff that would make him a top tier dual-threat quarterback at the next level. If Rattler were to enter the NFL draft, most believe he would be selected in the third round – if not later.

Anyway, in announcing his decision to suit up for No. 19 South Carolina’s upcoming bowl game against No. 21 Notre Dame, the 6-foot-1, 215-pound native of Phoenix, Arizona certainly sounded like a man who had made up his mind.

Rattler said he owed it to second-year head coach Shane Beamer to play in the Taxslayer Gator Bowl  against the Irish on December 30, 2022 in Jacksonville, Florida.

“Coach Beamer’s been great to me all year, for him even bringing me here was a blessing so – the least I can do is play in the bowl game,” Rattler told reporters. “So I had to do it for him, the coaching staff and obviously the players as well.”

“Phrasing something like that definitely reads as if you’re only doing something out of a sense of loyalty, and not because you necessarily want to,” David Hookstead of Outkick noted.

Motivational conjectures aside … the real question is what Rattler’s statement implies for his future at South Carolina, where he has two years of eligibility remaining.

Rattler has until January 16, 2023 to decide whether to declare for the upcoming draft – which is scheduled to begin on April 27, 2023.

Should he decide to return to Columbia, S.C. next fall, things will be markedly different. As previously reported, embattled offensive coordinator Marcus Satterfield has already left the program – taking the same position under new Nebraska Cornhuskers’ head coach Matt Rhule. Tailback MarShawn Lloyd – the Gamecocks’ leading rusher – has already elected to enter the transfer portal. Meanwhile tight end Jaheim Bell – a multi-dimensional weapon who was arguably the most underutilized player on the Gamecocks’ roster in 2022 – is transferring to Florida State.


If Rattler opted to enter the draft, South Carolina would essentially be starting from scratch on offense next fall – which is not necessarily a bad thing based on the unit’s performance during the vast majority of the 2022 campaign.

But … not necessarily a good thing given the way things came together in the end.

As I noted in a previous post, Beamer has continued to defy expectations – and silence the critics – during his first two years in Columbia. In addition to the results on the field, he is putting together another consensus Top 20 (and possibly Top 15) national recruiting class – which was one of his strong suits as a member of former South Carolina head coach Steve Spurrier’s staff.

Hopefully, Gamecock fans will get some clarity regarding Rattler’s status following the bowl game … but it certainly seems as though he is planning on entering the draft.

South Carolina Will Not Seek The Death Penalty Against Alex Murdaugh

Brent Venables: Google Is His Friend