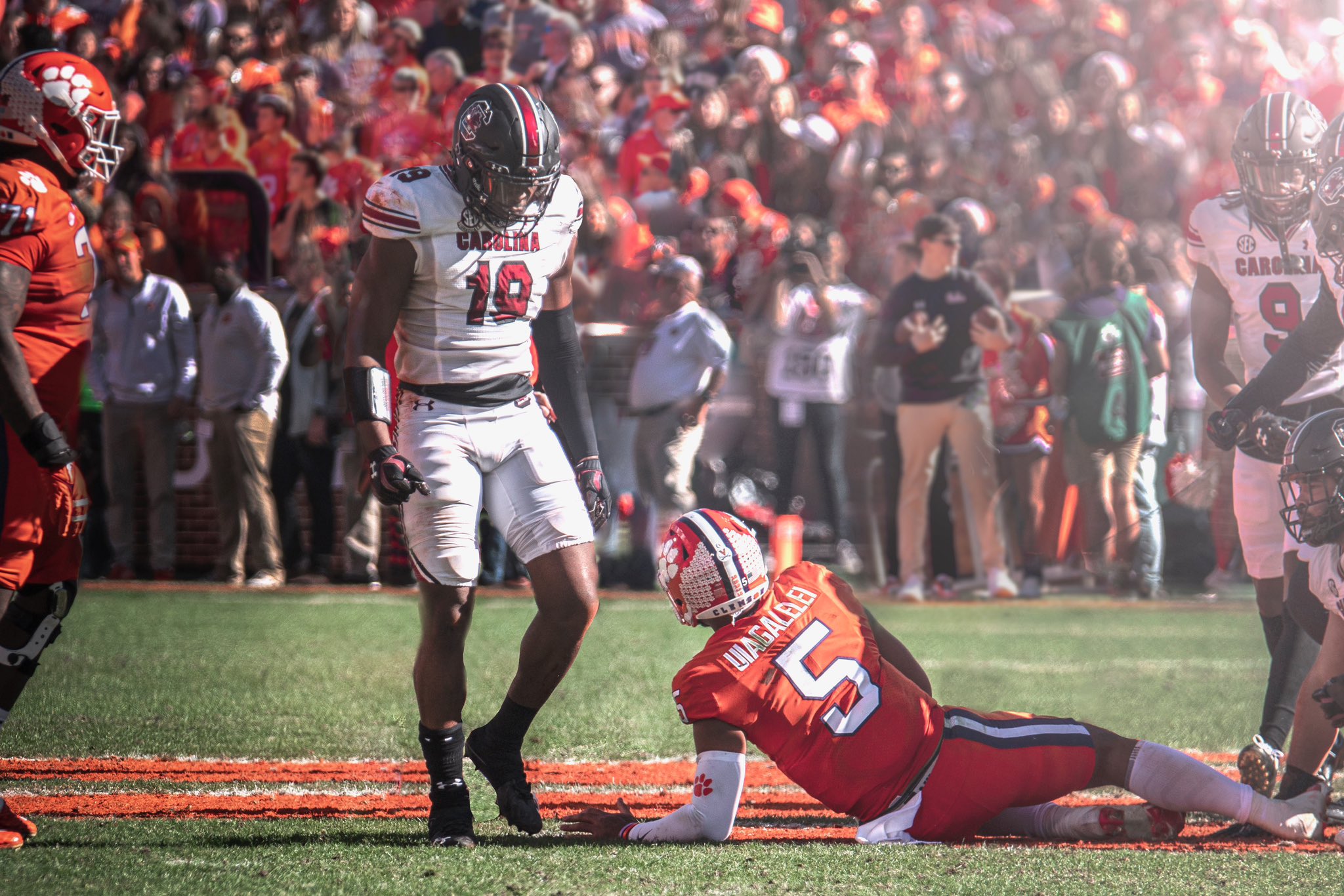 Head coach Dabo Swinney’s team missed the College Football Playoff (CFP) for a second year in a row after six consecutive appearances between 2015-2020.

The culprit? A Palmetto Bowl loss to the Gamecocks … the Tigers’ first defeat in this series since 2013.

Tennessee, as fate would have it, is another team which saw its CFP hopes dashed by Beamer’s Gamecocks.

The Tigers and Volunteers have met nineteen times previously, with Tennessee enjoying an 11-6-2 advantage. The teams have met only once in the last 46 years, though – a 27-14 Clemson win in the 2004 Peach Bowl.

Clemson is 27-21 in bowl/ postseason games – including an 11-7 mark under Swinney. The Tigers have posted a 4-2 record in the Orange Bowl – including a national semi-final victory over Oklahoma in 2015.

As for South Carolina, its bowl history is less impressive – although the numbers are trending in the right direction since the dawn of the new millennium. After dropping its first eight bowl games, the program has posted a 10-6 mark since – including an upset win over North Carolina in last year’s Duke’s Mayo Bowl.

The No. 19 Gamecocks (8-4, 4-4 SEC) will conclude their 2022 season against No. 21 Notre Dame at the Taxslayer Gator Bowl in Jacksonville, Florida. That game will kick off at 3:30 p.m. EST on December 30 and will also be televised nationally on ESPN.


The Gator Bowl battle between the Gamecocks and the Fighting Irish will be the fifth meeting between these two programs – and the first since 1984. No. 11 South Carolina won that game 36-32 in South Bend, Indiana – one of the signature victories of the “Black Magic” campaign led by coach Joe Morrison.

South Carolina has appeared in four Gator Bowls – including the very first installment of this game back in 1946. The Gamecocks lost that matchup to Wake Forest, and lost subsequent Gator Bowls to No. 3 Pittsburgh (1980), No. 9 Oklahoma State (1984) and No. 7 LSU (1987).