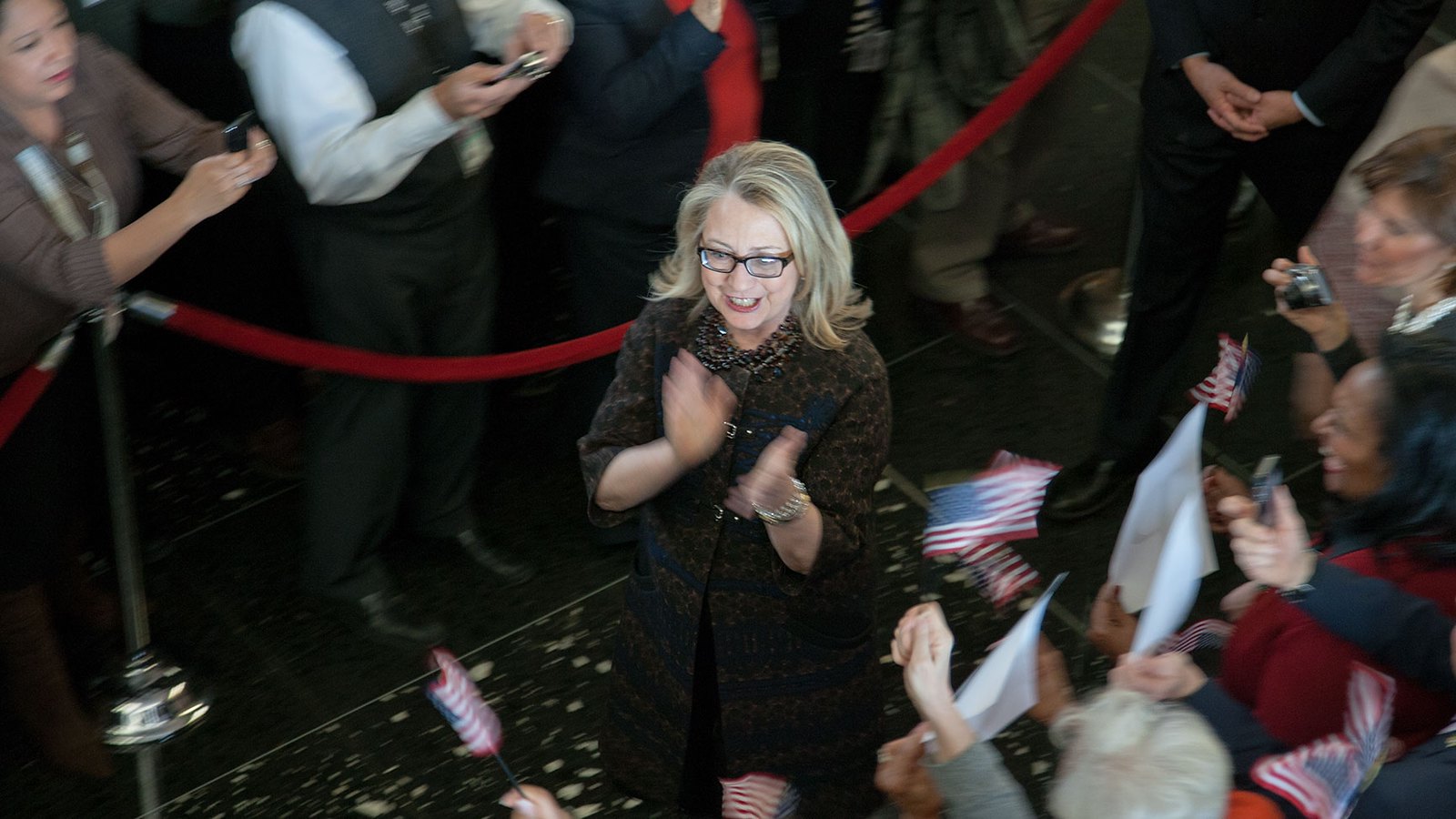 According to veteran Democratic operative Dick Morris, their choice is clear: Hillary Clinton.

“It will be one of the great political re-matches of all time,” Morris wrote, referring to a hypothetical 2024 general election pitting Clinton against former U.S. president Donald Trump. “Hillary Clinton will run again for president in 2024 to stop Donald Trump.”

“Increasingly, Democrats and big media like The New York Times know that Biden can’t run again in 2024,” Morris continued. “I share some of the backstories in my book about what his own supporters say about Biden behind his back. It’s pretty shocking.”

“These insiders know better than most that Biden’s quickly declining mental abilities, coupled with an economy spiraling out of control, means disaster for the Democrats in (2024),” Morris added. “Already they are bracing for a GOP tsunami this year, which will sweep Congress giving Republicans control of both the Senate and the House.”


Morris isn’t wrong in assessing the mood of the Democratic consulting class as it relates to Biden.

“The stakes are simply too high for Democrats to remain on this slowly sinking ship,” former Bill Clinton advisor Douglas E. Schoen wrote in a column for The Hill. “If Democrats want a chance at winning the presidency in 2024, Clinton is – now more than ever – their best chance.”

The only catch? Clinton has pledged to endorse Biden in the event he runs for reelection – which, of course, would require the current president to be sufficiently compos mentis to know who he is and what office he holds.

Frankly, all that seems pretty plausible to me … although Morris’ final prediction bodes poorly for a Clinton candidacy.

“It’s Trump’s to lose and he won’t,” he concluded.

According to aggregate polling data from RealClearPolitics, only 36.8 percent of registered voters approve of the job Biden is doing compared to 57.5 percent who disapprove. And as previously noted, the intensity data is even worse for the incumbent president.

The numbers for Harris aren’t much better. According to the aggregate polling data, only 37 percent of registered voters approve of her performance in office compared to 52.2 percent who disapprove.

So is Clinton really the answer for Democrats? Eh …


As I noted in a September 2017 piece, the former first lady/ secretary of state did not handle her shocking 2016 defeat well – blaming Bernie Sanders for his attacks against her and blaming former president Barack Obama for not allowing her to aggressively defend herself against those attacks.

“President Obama urged me to grit my teeth and lay off Bernie as much as I could,” Clinton wrote in her 2017 book What Happened. “I felt like I was in a straightjacket.”

Wait, though… what sort of woman waits on a man to tell her how she should defend herself against the broadsides of another man?

Just kneecap the socialist, already … and besides, it’s not like her people weren’t doing it already behind the scenes. Nor was it like the outcome of that Democratic primary was ever in doubt.

More damagingly to Clinton’s former (future?) aspirations? The fact her family was the closest thing to a warmongering global crime syndicate I’ve ever seen in politics – although in fairness, that was before Nikki Haley.

So … will 2024 be a repeat of 2020? Or, as Morris suggests, will it be a repeat of 2016? We shall see … but from this author’s perspective, if we are going to continue being force fed the same red-versus-blue “choice,” is at least the illusion of a little variety too much to ask?