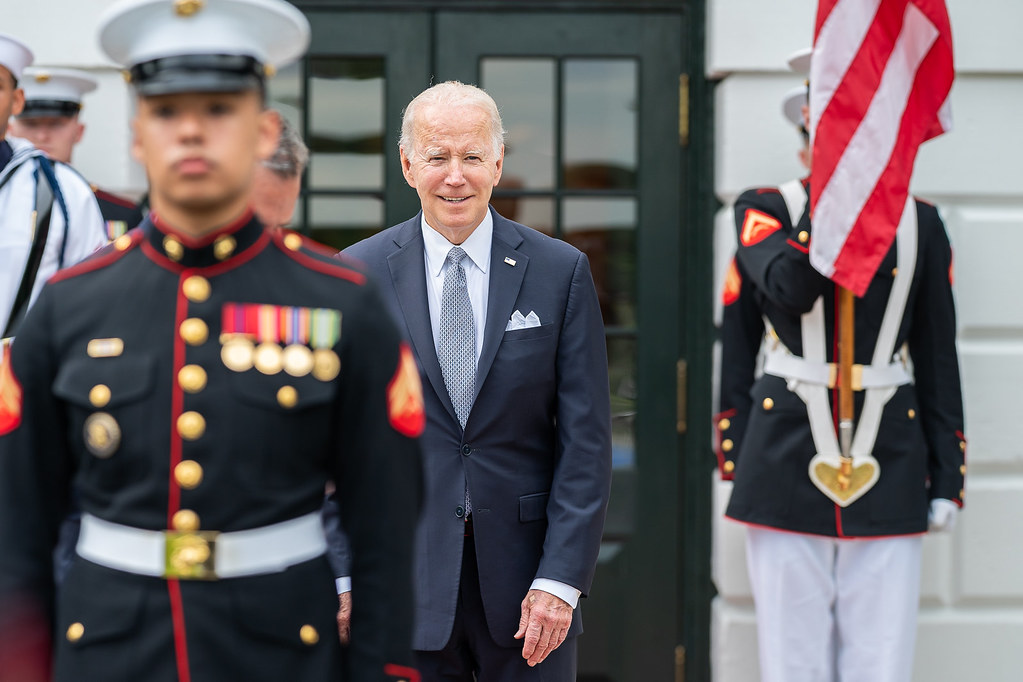 Before the liberal Twittersphere has a full-fledged conniption fit (too late), let me say this: I really don’t care how this comes off. I have never liked Joe Biden, so taking a pop at him is very much within my wheelhouse. Still, I have refrained from going after Biden ad nauseam during his dysfunctional presidency.

Hmmmm … what is the old military adage?

“Never interrupt your enemy while they are making a mistake.”

Biden is not my enemy, but the numbers about his administration do not lie: He is an unprecedented presidential pooch screw … and the vast majority of the nation knows it.

Does Biden know it, though? That is the question …

I wrote earlier this year on Biden’s troubling senior moments, but the problem appears to be escalating – as evidenced by his uneven performance at a press conference in Washington, D.C. today announcing an executive order on abortion rights.

According to Zero Hedge, Biden has “gone full Ron Burgundy – reading literally whatever is on the teleprompter.”

For those of you uninitiated, here is Ron Burgundy …

And here is Biden at today’s White House event …

Even worse was an ill-advised attempt by Biden’s assistant press secretary, Emilie Simons, to try and cover for her boss’s disastrous attempt at … you know … reading.

“He said ‘let me repeat that line,’” Simons tweeted, opening the floodgates to mass ridicule rivaled only by the general derision Biden got for his original gaffe.

Biden has faced questions about his cognitive fitness for some time – and to his credit, he put those questions to bed during the 2020 presidential race with several better-than-expected debate performances against former U.S. president Donald Trump.

“He may not have all of his marbles present and accounted for at all times, but he found enough of them when he needed them,” I noted in a post last spring.

Still, it seems painfully evident things are getting worse … which is sad to see (whatever you think of Biden’s left-of-center policy agenda). Personally, I hope Biden opts against seeking a second term in office – not for any political reason, but because it is increasingly clear he just isn’t up for the job mentally or physically.