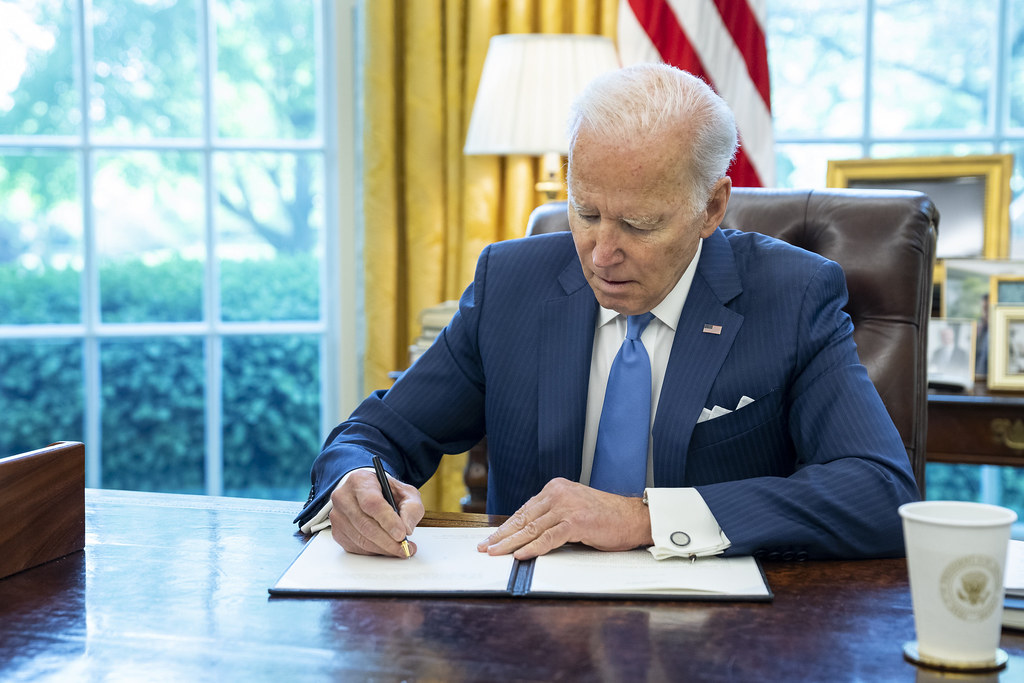 The latest job approval numbers for U.S. president Joe Biden are positively atrocious – but the numbers within the numbers tell an even worse story for Democrats ahead of the 2022 midterm elections.

According to Rasmussen, only 38 percent of likely U.S. voters approve of Biden’s performance in office. Meanwhile, 61 percent said they disapprove of the way he is running the country. While those numbers are terrible, the intensity figures show just how bad things are for the beleaguered chief executive.

“The intensity divergence here is startling,” said Bill Wilson, chairman of the Market Research Foundation (MRF). “I would contend these numbers show that the regime has lost all credibility and legitimacy.”

Wilson’s foundation highlighted a host of bad polling data for Biden – including numbers which showed him losing support among black, Hispanic and younger voters.


“The intensity which Americans strongly disapprove of president Biden is on the rise and indicates a growing number of Americans have lost faith in the Biden administration,” the foundation added.

On Sunday, the establishment paper of record – The New York Times – penned a lengthy tome in which “dozens of frustrated Democratic officials, members of Congress and voters expressed doubts about the president’s ability to rescue his reeling party and take the fight to Republicans.”

The article revealed Democrats were “alarmed about Republicans’ rising strength and extraordinarily pessimistic about an immediate path forward.”

“To say our country was on the right track would flagrantly depart from reality,” one Democratic national committee member told the paper, urging Biden to “announce his intent not to seek reelection in 2024 right after the midterms.”

Speaking of the midterms, the latest data from the Cook Political Report shows 188 solidly Republican seats in the U.S. House of Representatives, 11 likely GOP seats and 10 races which are “leaning” to the GOP. That’s a total of 209 seats. By contrast, 163 seats are solidly Democratic compared to 13 which are likely Democratic and 12 when lean to the left for a total of 188 seats. Thirty-three House seats are listed as “toss-ups.”

In the U.S. Senate, of the thirty-five seats up for reelection 16 are listed as solidly Republican compared to three which lean to the GOP for a total of 19 seats. Democrats have 9 solid seats, one which is likely to remain Democratic and another which leans to the left for a total of 11 seats. Five Senate seats are listed as “toss-ups.”