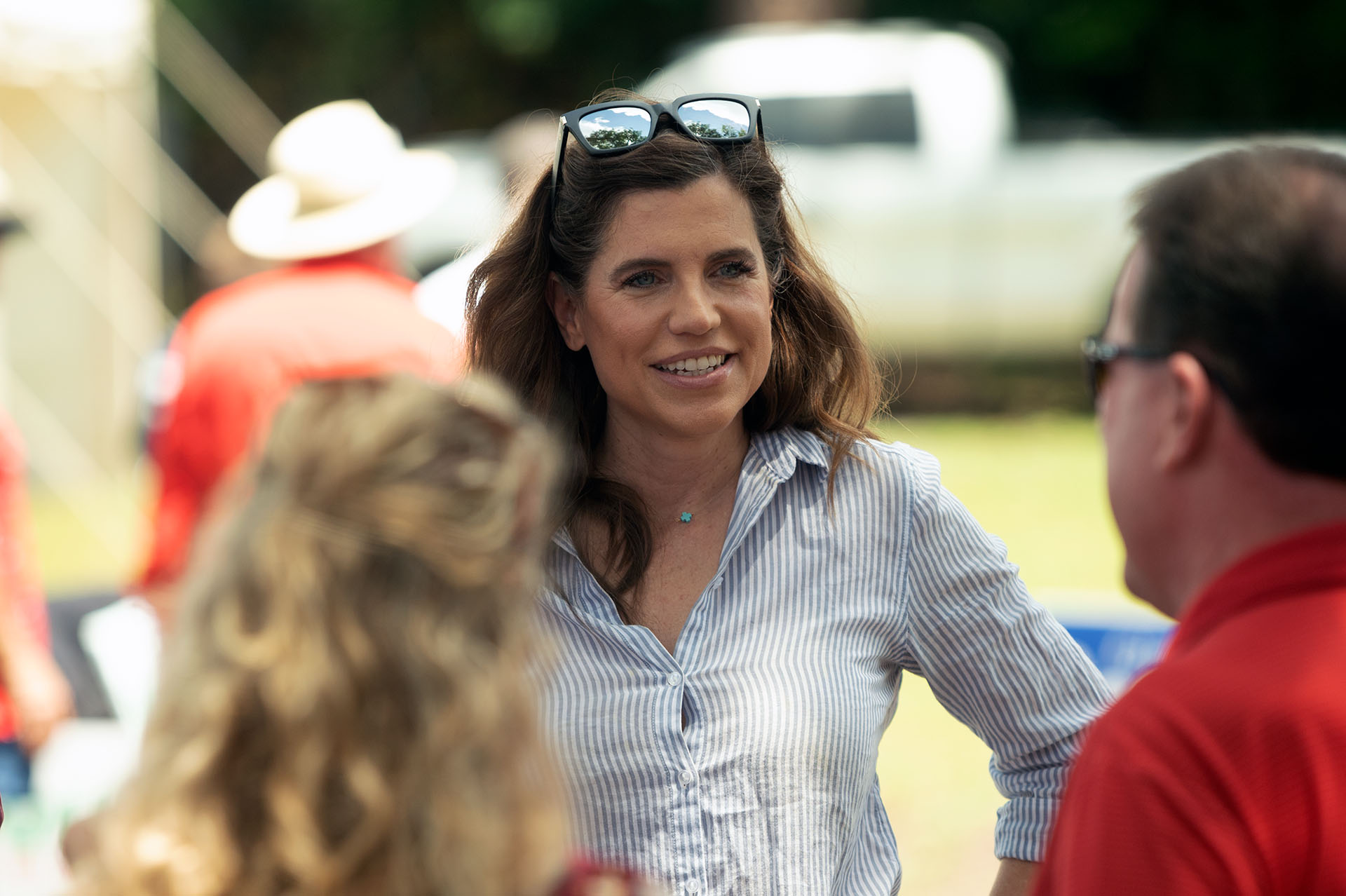 The race between incumbent South Carolina first district congresswoman Nancy Mace and former state representative Katie Arrington has been off the rails for some time now … but with voters now casting early ballots ahead of the June 14, 2022 primary, the propaganda war is escalating.

With polls showing a tight race between the two candidates, Mace is dropping televised bombs on Arrington – hitting the former U.S. Department of Defense (DOD) official with a blistering ad on the issue of her allegedly revoked security clearance.

Here is a look at that spot …

Meanwhile, one of the political action committees supporting Mace’s reelection bid has an ad up bashing Arrington for her vote in support of a 71 percent gas tax hike back in 2017.

Here is that spot …

The race is significant because it is a proxy war between former U.S. president Donald Trump and his “frenemies” in the GOP establishment – including former United Nations ambassador Nikki Haley.

Of interest? Arrington and S.C. House “majority” whip Russell Fry – Trump’s candidate of choice in the contested GOP primary in the seventh congressional district – both voted in favor of this massive gas tax hike.

Oh, and let’s not forget the duplicitous way in which Trump’s favorite governor – Henry McMaster – handled the gas tax issue.

Earlier this week, I reported exclusively on the latest polling in the first district. According to a survey conducted by the Trafalgar Group, Mace is supported by 46.4 percent of GOP primary voters in the first district – which includes Charleston, Beaufort, Bluffton and other parts of the picturesque Palmetto Lowcountry.

Arrington was not far behind with 40.5 percent support – while a total of 13.1 percent of first district voters were undecided. That latter number could prove problematic for the incumbent as undecided voters have historically tended to break toward challengers down the stretch.


Mace backers hotly contested the Trafalgar numbers, arguing that the incumbent congresswoman maintained a double-digit lead over Arrington as recently as this week.

They also hinted that the negative ads targeting Arrington were part of a broader strategy to make sure she didn’t pick up those undecided voters during the final ten days of the election.

“We’re going to keep her suppressed,” the Mace backer told me.

Mace is also the focus of several negative ads backed by “six-figure” television buys – ads which I will be covering in a separate article.

Rice was backed by only 29.4 percent of respondents.

Rice was one of the ten GOP lawmakers who voted to impeach Trump last January for his alleged role in inciting the rioting at the U.S. Capitol building. He has since doubled down on that vote – drawing the ire of GOP primary voters in the process.

The sixth-term incumbent captured this newly drawn district in 2012 thanks to an endorsement from then-governor Haley.

Haley has not jumped into Rice’s race with Fry, but she has endorsed Mace in the first district against Trump’s challenger. And raised a boatload of money for her.

As I noted in a recent “Week in Review” segment, the proxy war between Haley and Trump could go a long way in determining the next president of the United States – or at the very least the next GOP nominee.

As for Haley, she is now “standing in the way of Trump’s efforts to reshape the U.S. Congress … hoping to turn this congressional race into a referendum on their competing visions for the future of the party,” I noted.

Trump’s frenemy has contorted herself into a million different positions vis-à-vis the former president – but the basic math on their relationship is simple: If an opening presents itself for Haley to run for president, she is going to take it. No matter what Trump does.

The only wild card? Whether these two form an unholy alliance …

BANNER VIA: Mace for Congress