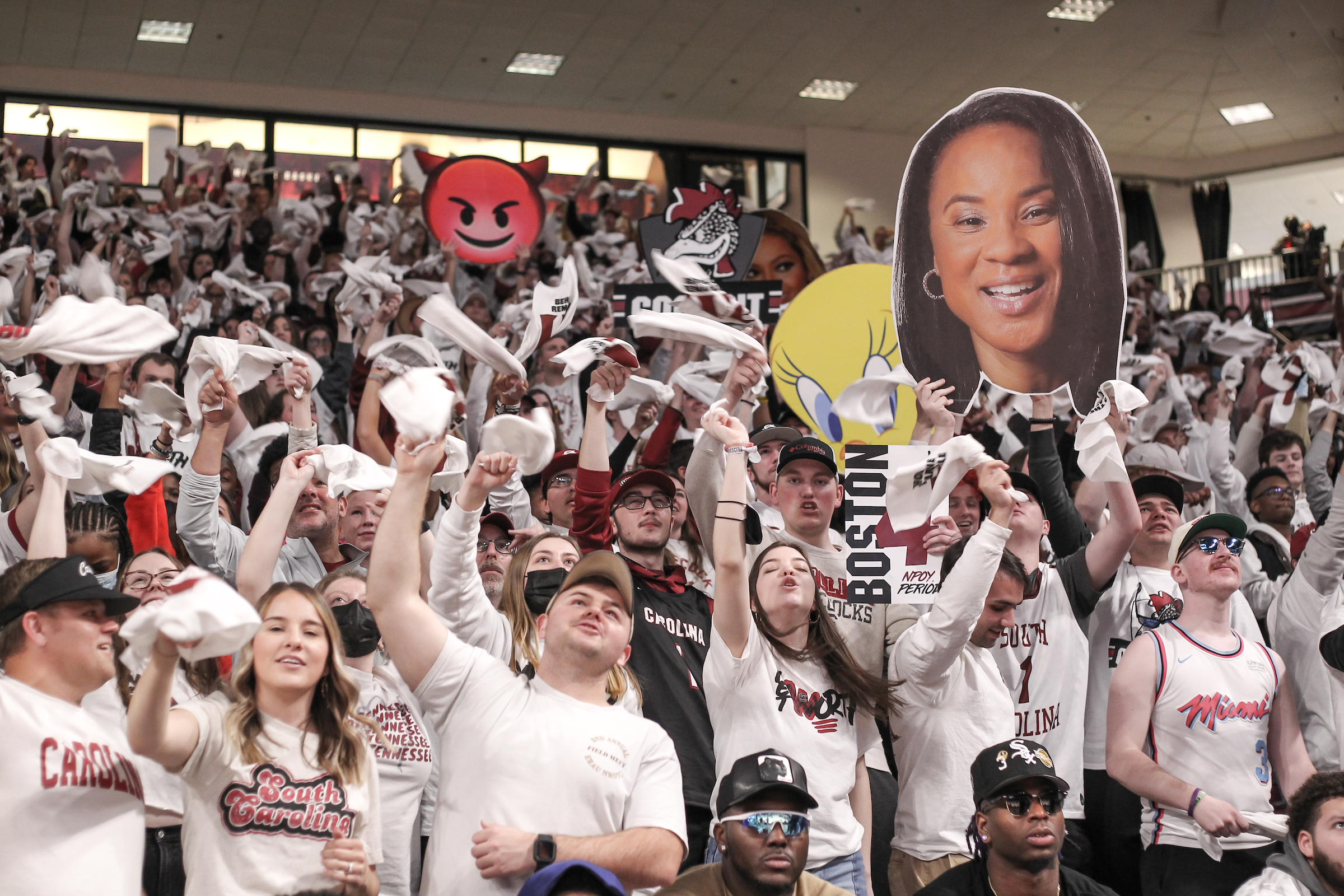 The University of South Carolina women’s basketball team is on the precipice of another national championship under fourteenth-year head coach Dawn Staley. The Gamecocks – who won the NCAA tournament in 2017 and likely would have won it in 2020 had Covid-19 not canceled the season – stand on the brink of history.

Once again, though … the product on the court is not what is being talked about.

Which, I suppose, is Staley’s objective …

As I noted last fall, Staley has built one of the most successful athletic programs in the nation at my alma mater, bringing home six Southeastern Conference (SEC) tournament championships and another six regular season SEC championships to Columbia. The 51-year-old Philadelphia native has led her team to ten consecutive postseason appearances and four Final Fours.

Those are incredible accomplishments, people … and Staley has been richly rewarded for them (from revenues generated by other sports, incidentally).

My issue? When Staley received her seven-year, $22.4 million contract extension last fall, she blasted both the university and the taxpayers who provided it for their “rich history of racism.”

Staley also had the audacity to refer to her $800,000-a-year pay raise as somehow being “progressive” – a curious description coming from a multi-millionaire taxpayer-funded employee who works in one of the poorest states in America.

Seriously: Prior to her raise, Staley was pulling down $2.1 million a year. Was that also racist?

Anyway, in furtherance of this hypocritical brand of “wokeness,” Staley and her players continued their long-standing tradition of boycotting the U.S. national anthem prior to Friday evening’s national semi-final game against Louisville (which the Gamecocks won 72-59).

As Cardinal players stood arm-in-arm and sang the lyrics to the anthem, Staley and her team were nowhere to be seen.

South Carolina has boycotted the anthem for over a year to “bring awareness to racial injustice in our country,” as Staley told Sean Hurd of Andscape last January. In fact, the team doesn’t participate in the anthem at Gamecock home games, and “if opposing teams choose to play the anthem during the time we’re in the locker room, then we choose to stay in the locker room,” Staley said.

I am curious, though, as to the specific “racial injustice” Staley and her players are attempting to draw attention to … because in her adopted home state of South Carolina the pendulum is actually swinging in the other direction.

In fact, it has gotten to the point where real justice is being materially eroded.

Look, no one is going to say racism doesn’t still exist in this country. Or that its consequences aren’t real. Or that we should tolerate discrimination in the administration of a government that has vowed to provide “equal justice under the law” to all of its citizens. But somewhere along the way, our definitions have gotten distorted. And these distorted definitions are being used to deliberately divide people. And our tax dollars are literally mainlining this division into the minds of our children.

And the woke crowd is just getting started …


As a libertarian, I have always defended Staley’s right to use her platform as she sees fit …

“Staley has a point. And she has every right to make it,” I noted last fall.

As someone who speaks his mind for a living, I respect her for putting her views out there. But that doesn’t mean everyone should swallow those views without question. More importantly, at some point I believe our public discourse must evolve from its current one-way ratchet into a place where accomplishments speak for themselves – as opposed to being conveniently leveraged as vehicles of division and demonization.

Unless some people just don’t want to get along …

And to stop cheering …

In fact, if you are looking for a program to cheer for during Sunday night’s championship game … last time I checked the UConn women played not one but two national anthems before their games.