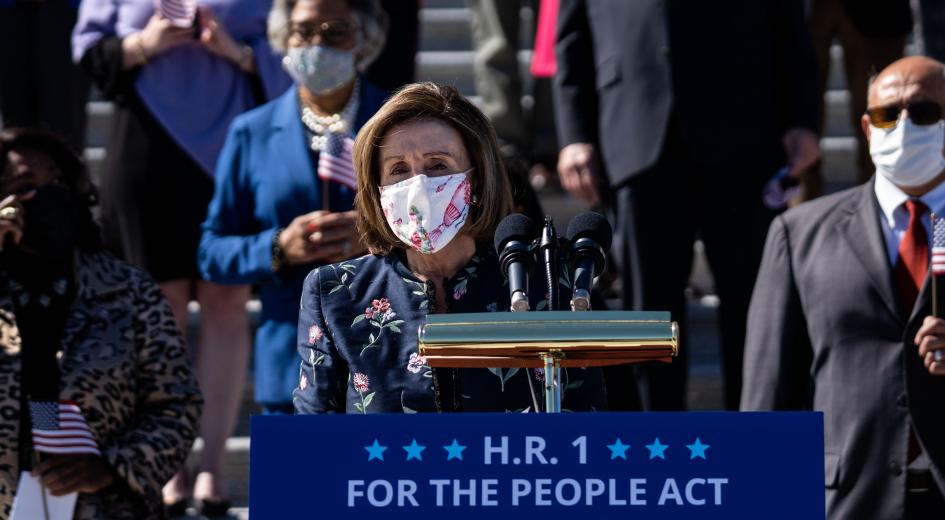 There is an old expression in the south about blind hogs finding acorns … which is akin to a better-known expression about broken clocks being right twice a day. Basically, these sayings refer to people who are always wrong stumbling into the correct position – usually through no ability of their own.

These expressions came to my mind as I reported on a recent decision by the South Carolina Small Business Chamber of Commerce (SCSBCC) to support the sale of the Palmetto State’s abysmally managed government-run utility Santee Cooper.

For once, this organization – led by liberal ideologue Frank Knapp – lived up to its name by endorsing a policy that would have actually benefited small businesses (a policy my news outlet first unveiled more than thirteen years ago).

Had lawmakers listened, such a move could have staved off yet another disaster for ratepayers and taxpayers … who continue to suffer as a result of this politically managed bureaucracy’s missteps.

Unfortunately, Knapp’s group rarely embraces pro-small business positions. In fact, more often than not it seems to be serving as a vehicle for policies which would actually harm these businesses – or for policies that have next-to-nothing to do with the economic challenges these businesses are facing.

In decades past, the rap against Knapp and his group was that it was allegedly a shell association for the left-of-center South Carolina trial lawyer community. In recent years, though, it has gotten much worse than that …

Now, Knapp is openly aligning his organization with some of the nation’s most left-of-center interests – including lending its imprimatur to a controversial “voting rights” bill that libertarian and conservative analysts warn is an existential threat to American democracy.

“It’s not a coincidence that the United States has a strong democracy and a thriving entrepreneurial economy second to none. The two go hand-in-hand,” Knapp wrote recently. “Entrepreneurship and a nation’s entire economy suffer when electoral power is removed from the people allowing an autocratic government and the politically well-connected to control the business ventures of others.”

I’m sorry, but consolidating control of local and state elections in Washington, D.C. seems pretty damn autocratic to me …

Of course, the centralization of federal control of elections is just one of the major problems with this legislation – which would do untold damage to our national interest.

“H.R. 1 is a sprawling omnibus measure that would assert federal control over a broad array of areas of American life related not just to elections and campaigns but to the dissemination of opinion about politics and policy, as well as a range of matters yet further afield,” noted Walter Olson for the Cato Institute.

According to Olson, the legislation would unwind federal protections on free speech and force taxpayers to subsidize congressional elections – two issues which have nothing whatsoever to do with “voting rights.”

“You can see why promoters of a grab-every-power-in-sight piece of omnibus legislation might wish to name the whole 100-car freight train after whichever segment of it is deemed most politically appealing,” Olson wrote.

Former Federal Election Commission (FEC) member Hans von Spakovsky went even further in his critique of the bill, arguing the legislation would call into question “the fairness and credibility of future election outcomes.”

“H.R. 1 would make things much worse, usurping the role of the states, wiping out basic safety protocols, and mandating a set of rules that would severely damage the integrity of the election process,” von Spakovsky wrote in an analysis of the legislation for the Heritage Foundation.

Whatever your views on the bill, though, why is this suddenly a priority item for Palmetto State small businesses?

Not only does Knapp (above) want this legislation passed, though, he wants to eliminate the filibuster in the U.S. Senate in order to ram it through.

“Small business owners understand how important a healthy democracy is to a thriving economy,” Knapp wrote. “They want our leaders in Washington to take action to protect voting rights. If the Senate can’t pass bipartisan voting rights legislation under current rules, then the filibuster carveout must be enacted.”

Certainly, I do not begrudge Knapp for advocating on behalf of issues he is passionate about … but it certainly seems as though there is a huge disconnect between these issues and the best interests of South Carolina small business owners.

I wonder … if this is true, then why is South Carolina so staggeringly non-competitive on all of these fronts?

Seriously … the numbers do not lie.

I have recently come upon several areas in which Knapp’s group appears to be going off the deep end on various matters of public policy that have little-to-no-nexus to the real needs South Carolina small businesses are facing.

So stay tuned for more … and of course, my microphone is always open to Knapp and his supporters in the event they wish to address readers as to the rationale behind their increasingly left-of center politicking.