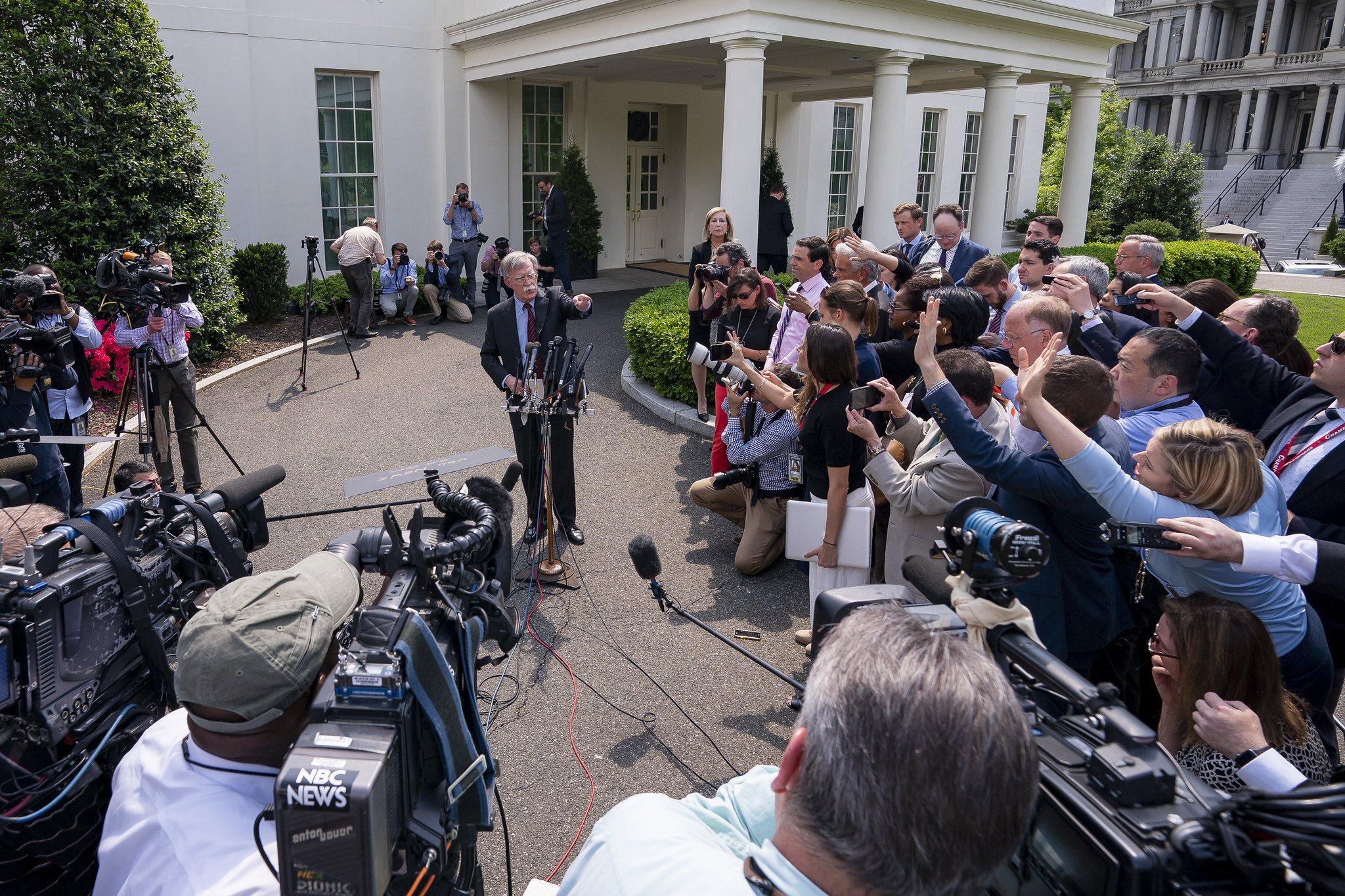 Former United Nations ambassador and national security advisorJohn Bolton is coming to South Carolina this fall, according to an advisory issued by a Hilton Head Island nonprofit organization.

The neoconservative foreign policy interventionist – who was fired from his national security post by former president Donald Trump in September 2019 – is listed as the guest of honor at an event being hosted by the World Affairs Council of Hilton Head (WACHH).

Bolton, 72, will “review the national security challenges and opportunities” facing the administration of U.S. president Joe Biden at the event, including an assessment of “the positions it inherited from its predecessors.”

Readers will recall Bolton dropped a bombshell on his former boss in January 2020 when he alleged that Trump told him to freeze nearly $400 million in military assistance to Ukraine until the nation resumed its investigations into Biden and his son, Hunter Biden.

Remember that scandal? Many don’t … and there’s a good reason why not.

Anyway, Trump denied Bolton’s allegation, saying he “released the military aid to Ukraine without any conditions or investigations – and far ahead of schedule.”

“If John Bolton said this, it was only to sell a book,” Trump tweeted at the time.

Trump is not the only American president who has question the veracity of Bolton’s claims. In 2008, former president George W. Bush blasted the warmonger – who six years earlier made the demonstrably false claim that Iraqi dictator Saddam Hussein possessed “weapons of mass destruction.”

This claim was the basis for the U.S.-led invasion of Iraq in 2003.

“Let me just say from the outset that I don’t consider Bolton credible,” Bush told reporters after the fact.

Taxpayers subsidizing the ongoing “War on Terror” probably shouldn’t consider him credible, either.

Bolton was viewed as an ally of fellow neoconservative (and former South Carolina governor) Nikki Haley, who was Trump’s ambassador to the United Nations from 2017-2019. However, the two clearly had a falling out – with Bolton slamming her as an “attention-seeker” and someone who routinely “overstepped her role” in a June 2020 interview with McClatchy.

“Haley had no qualifications for the job, but it was ideal for someone with presidential ambitions to check the ‘foreign policy’ box on her campaign résumé,” Bolton wrote of Haley in his 2020 memoir, The Room Where It Happened.

Bolton also said at the time that he would not support Haley’s 2024 presidential aspirations – which puts him in good company considering those aspirations have all but collapsed this year.

So … what is there to know about the group welcoming Bolton to the Palmetto State?

WACHH describes itself as “a vibrant community of thoughtful, highly educated people who are fascinated with international affairs.” According to its website, the group boast more than 1,100 members including “academics, diplomats, business executives, authors, government service personnel, and people from all walks of life.”

Most of the group’s members “live in Hilton Head” and surrounding Beaufort county, the website asserted.

Bolton’s Palmetto State appearance is scheduled for Friday, October 1, 2021 at 10:00 a.m. EDT. It will be held at the First Presbyterian Church located at 540 William Hilton Parkway in Hilton Head Island. Members of WACHH can attend the event for free – and bring up to four guests with them (at a price of $15.00 per guest). Non-members looking to attend must pay $20.00 to register, which will give them access to two events per year.

Taliban Hot Takes: Nikki Haley Is Trying To Have It Both Ways Again