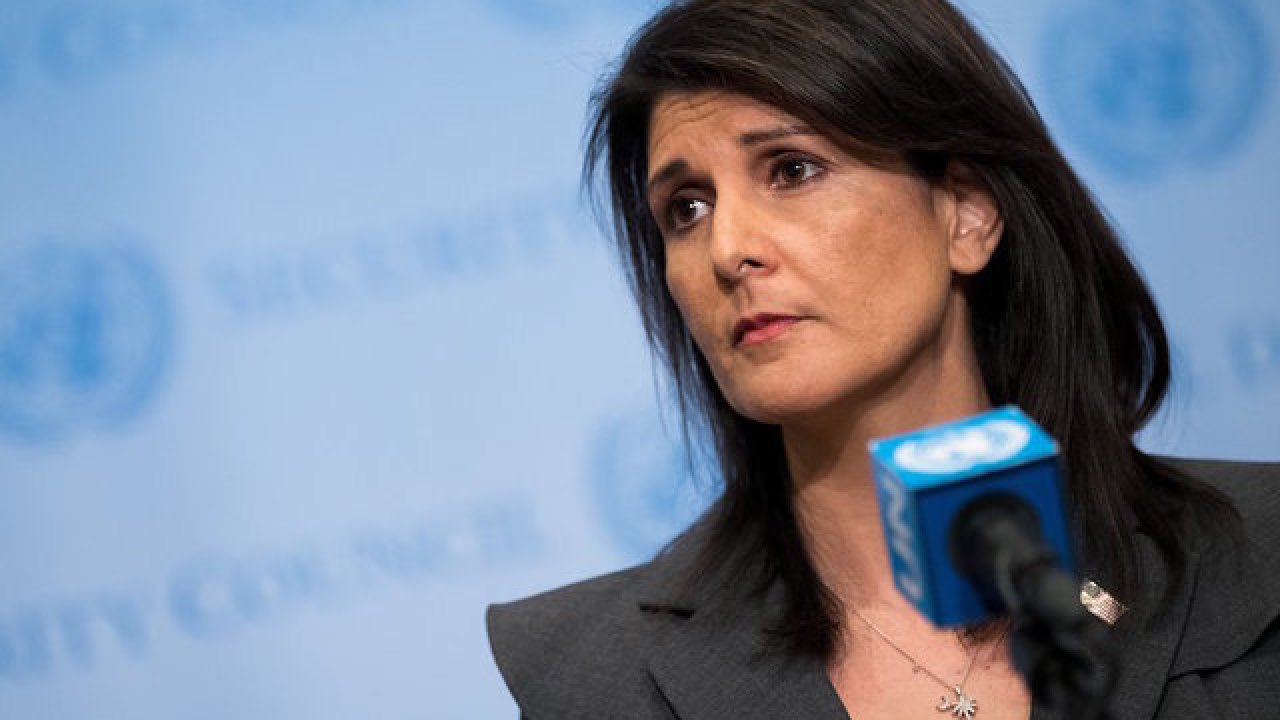 While her presidential prospects have faded considerably in recent months, former United Nations ambassador Nikki Haley is still posturing like a 2024 frontrunner – including auditioning prospective running mates in Florida who are firmly ensconced in the #NeverTrump wing of the GOP universe.

Haley is also continuing to receive top billing at prominent events in pivotal primary states … proof that while the GOP electorate may have soured on her, party leaders still view her as a viable candidate.

The latest destination for Haley’s ever-churning presidential machinations? Early-voting Iowa – where she will be headlining the Republican Party of Iowa’s annual Lincoln Dinner this summer.

The Iowa event is scheduled to take place on June 24, 2021 in Des Moines – which is about 145 miles west-southwest of the “Field of Dreams” near Dyersville, Iowa, as the crow flies.

Why is this geographic reference significant? Because due to her many missteps in assessing the mood of the GOP electorate over the last few months, Haley’s presidential campaign has become less of an automatic draw and more of an “if you build it, they will come” proposition.


In the aftermath of the bloody rioting at the U.S. capitol on January 6, 2021, Haley and other GOP politicians calculated Republican voters would abandon their leader – former U.S. president Donald Trump. That clearly did not happen. In the days that followed, Haley’s strategists realized this – albeit belatedly – and she quickly changed her tune. Several old quotes came back to bite her, though – and when Haley sought an audience with Trump in the hopes of explaining herself, she was rebuffed.

As I have often written, though, Haley cannot be counted out … ever. As a minority, female candidate who is backed to the hilt by the party establishment and any number of wealthy neoconservative and Jewish interests – she isn’t about to be forced off the national stage no matter how badly she has bombed these last few months.

And while Trump’s cold shoulder (and her own inconsistency in responding to it) has cast a chill over her 2024 aspirations … three years is an eternity in politics.

Trump notwithstanding, Haley’s core problem is that she has no guiding principle outside of her own ambition. And while that is certainly true of any number of politicians, Haley is absolutely terrible at hiding it. Which is why observers on the left, middle and right have called her out for her transparent opportunism.

The former South Carolina governor simply isn’t grounded. Or trustworthy. And while those of us in the Palmetto State were obviously well aware of her chronic hypocrisy and aversion to the truth, the 49-year-old Bamberg native should have been able to translate her identitypolitik and institutional backing into full-spectrum GOP support at the national level.

Unfortunately, rather than standing firm on principle and substantively engaging on policy Haley has been, well …

Can Haley turn things around? Absolutely …

In fact, her current troubles remind me of her disastrous first year in office as governor of South Carolina in 2011 – when her approval ratings languished in the mid-thirties and only a narrow majority of Republican voters supported her. Haley obviously lifted herself out of that nadir – and I suspect she will do so again this time.

As for the Iowa Republicans she is hoping to sway to her banner, they overwhelmingly backed Trump in 2020 (with 97.1 percent of the vote) after previously delivering a caucus win to U.S. senator Ted Cruz in 2016 (Trump finished second in that race). In 2012, former U.S. senator Rick Santorum of Pennsylvania narrowly edged Mitt Romney in Iowa, while the 2008 caucus was won by former Arkansas governor Mike Huckabee.

Unlike South Carolina – whose “First in the South” presidential primary nearly always picks the GOP nominee – Iowa has been a terrible barometer of late, failing to pick the Republican presidential nominee in each of the last three genuinely contested races.