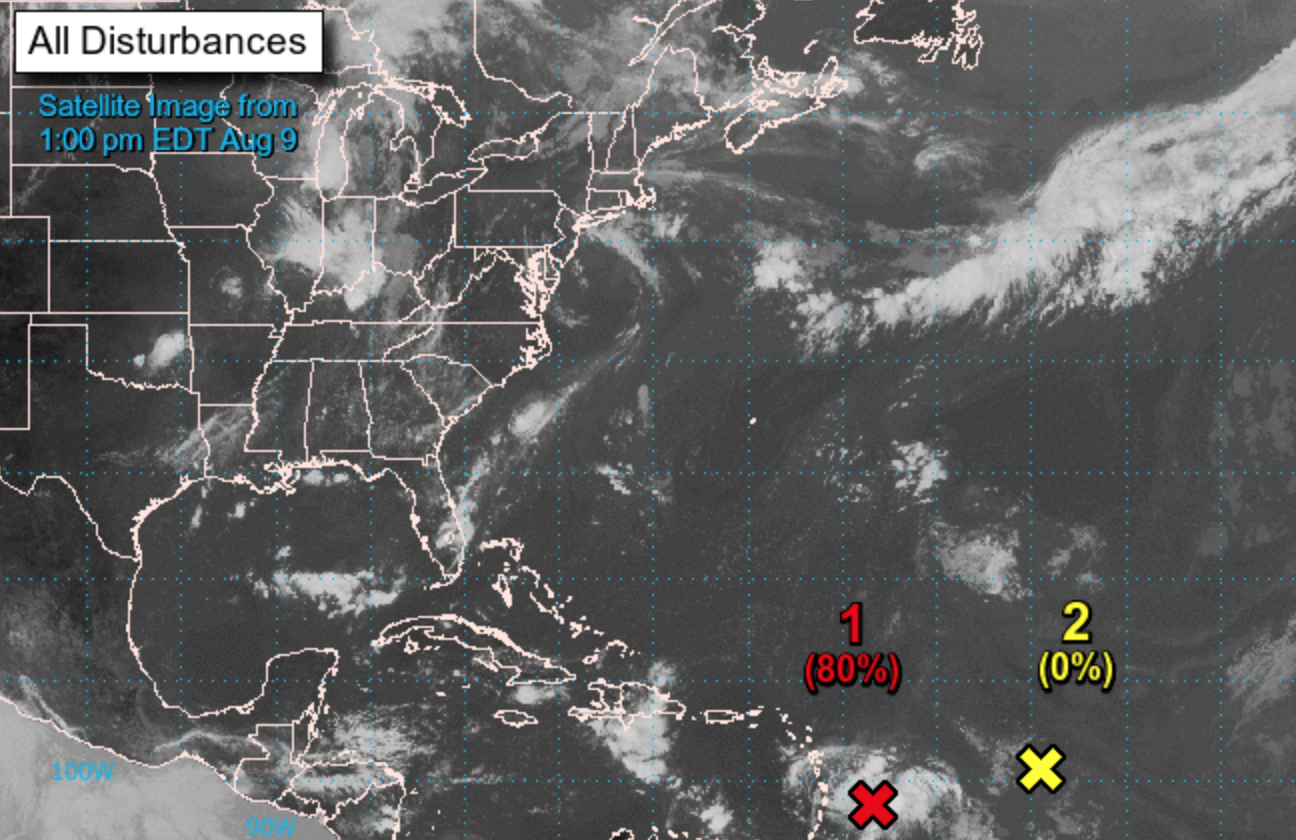 It’s that time of the year again, folks.

The tropics are turning up the heat and churning up new waves.

Forecasters at the National Hurricane Center (NHC) are eyeing Invest 94L — now named Potential Tropical Cyclone Six — which has an 80 percent chance of tropical formation within the next two days.

As of Monday afternoon, the area of low pressure about 100 miles east-northeast of Barbados was showing signs of organization, according to the NHC.

If the storm organizes, it would be be named Fred.

The National Hurricane Center could issue tropical storm watches/ warnings as early as Monday afternoon for the Lesser Antilles, the Virgin Islands and Puerto Rico. Heavy rain and flooding are predicted for those areas.

“This system has a window to develop as it moves west-northwestward through the Caribbean into Wednesday due to low wind shear,” AccuWeather meteorologist Bernie Rayno said.

At this point, it’s too early to predict if the system will have any impact on South Carolina.

The disturbance is predicted to move north toward Florida this weekend.

Take a look at some of the spaghetti models…

Officials at the National Weather Center in Charleston said Monday morning they are monitoring the system — which won’t be a concern (if at all) until early to mid next week for South Carolina.

Forecasters are predicting an increase of tropical activity in the next 10 days.

2020 was the most active hurricane season since records have been kept in the Atlantic basin – tying marks for total depressions (31) and major hurricanes (7) and breaking the record for named storms (30).

South Carolina has seen 24 hurricane landfalls since 1893 – the most recent being Hurricane Matthew in 2016 and the most infamous being Hurricane Hugo in 1989 (the state’s last direct hit from a major system). The Palmetto State was nearly hit last year by Hurricane Isaias.

Are you ready for hurricane season? To download your official 2021 hurricane guide from the S.C. Emergency Management Division (SCEMD), click here. For information on evacuation routes in the Palmetto State, click here. And for those of you who get your info from social media, be sure to follow SCEMD on Facebook and Twitter.

Also, be sure to bookmark the National Hurricane Center (NHC), Weather Underground and the Boat U.S. hurricane tracking and resource center for the latest data on current systems …

–Will Folks contributed to this report.