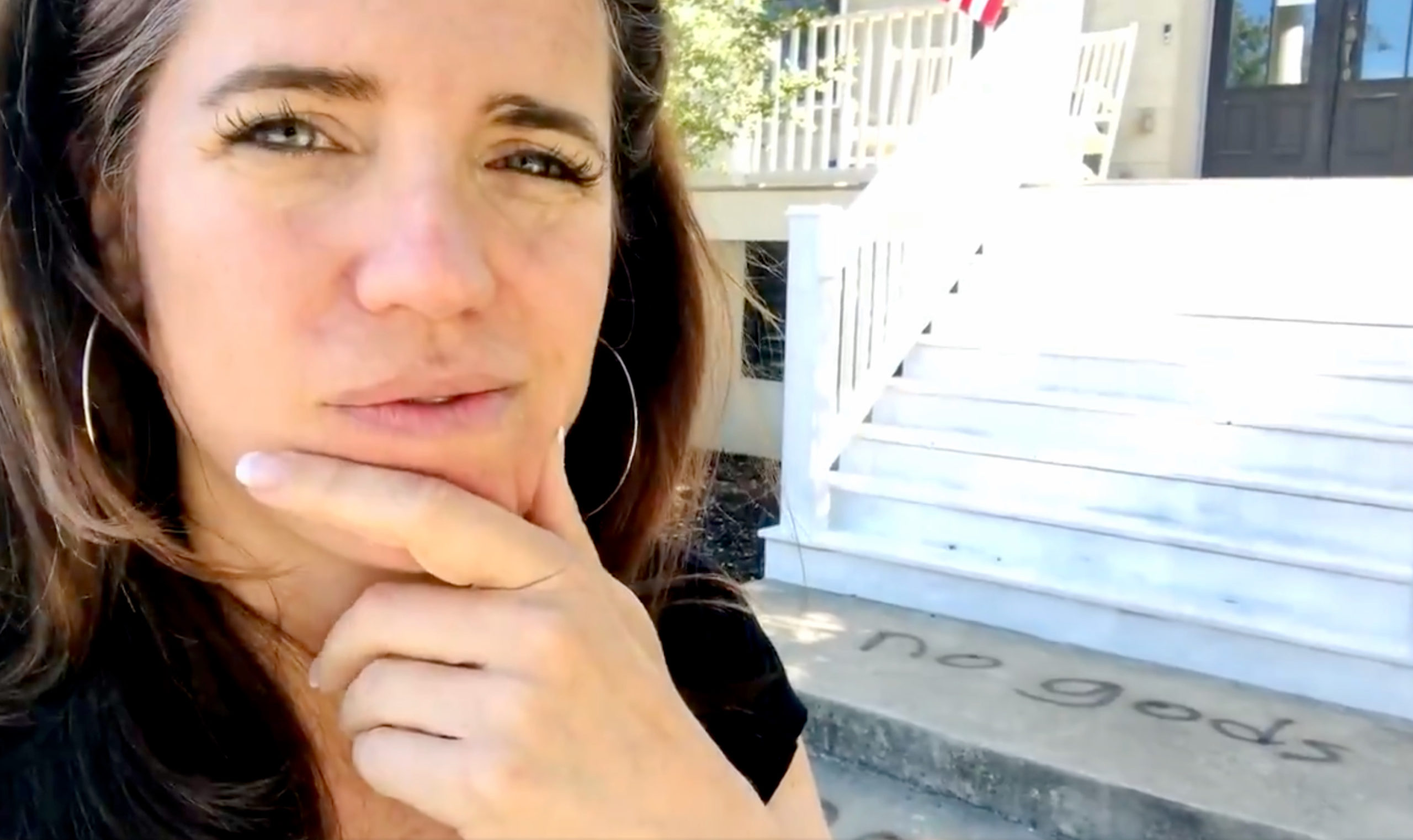 Mainstream and social media were abuzz this week when U.S. congresswoman Nancy Mace of South Carolina announced that her home – located in an affluent neighborhood on Daniel Island, S.C. – had been vandalized by left-wing Antifa radicals.

“In the early morning hours of Memorial Day, my home, where I’m raising my two children, was vandalized with Antifa symbols and profanity,” Mace wrote on her Twitter page. “Although my kids and I are thankfully fine, these criminal acts are unacceptable no matter your politics.”

“We should all be able to feel safe in our own homes, regardless of our political beliefs,” Mace added. “There is a significant difference between nonviolent protests and criminal acts of intimidation and vandalism.”

I took to social media to call this vandalism “sick,” and further expressed hope that those responsible for it would be identified and held accountable for their actions. To that end, Charleston, S.C. police officers – who have jurisdiction over Daniel Island – are currently investigating the incident (along with several other instances of vandalism in the area that are believed to be related).

The as-yet-unidentified vandals used black spray paint to deliver several profane messages to Mace – defacing her home, front steps, sidewalk and the street in front of her house.

Here is one particularly unnuanced message …

Of course, Mace didn’t exactly engage in understatement by way of responding to the incident, saying she hoped people would “realize just how hard I’m working for the first congressional district and also how hard I’m working across both sides of the aisle – a particularly difficult task – given the vitriol of our current political environment.”

Mace’s reelection campaign also sent out a fundraising email entitled “Did you see what Antifa vandals did to my house?”

Actually, the “A” symbols that were spray-painted on Mace’s property are linked to the anarchist movement, not Antifa. But that was just the beginning of the curiousness related to this incident.

Within moments of Mace making her announcement, she was bombarded with allegations that the vandalism was self-inflicted – perhaps an attempt on the part of the freshman congresswoman to win back some of the conservative support she has lost during her first five months in office.

After all, what better way to rally the right wing to one’s banner than to be the victim of an Antifa attack?

Others pointed out that the vandals only spray-painted on “washable surfaces,” and questioned why no neighborhood door cameras captured the incident.

“I can’t imagine you don’t have security cameras, why aren’t you sharing the footage?” Isa Lee Wolf of the left-leaning Rantt Media tweeted.

“I can see some crazy lefty doing this,” one of my Washington, D.C. sources told me late Tuesday. “But in South Carolina? And to her?  I hate to think this way but something does seem kinda off about it.”

The Memorial Day vandalism recalled a previous incident from last October when Mace – then a candidate for the first congressional – returned from a shopping trip to discover her sport utility vehicle had been vandalized with profanity. My news outlet has since learned that this incident is part of an ongoing criminal investigation – and that police believe they have the individual responsible for vandalizing Mace’s car in custody.

The October incident was not politically motivated, sources familiar with the investigation told me earlier this year.


Mace has been targeted by incendiary rhetoric in recent months – although as I reported back in March most of it has emanated not from the left, but rather from the right.

Specifically, supporters of former U.S. president Donald Trump were (are) not happy with the 43-year-old businesswoman over her perceived lack of loyalty to Trump in the aftermath of the mob violence that went down at the U.S. capitol on January 6, 2021.

Mace ripped Trump for his alleged role in inciting that violence, but shortly thereafter changed her tune.

More recently, conservative Republicans (and Trump, I am told) were miffed to learn of Mace’s participation in several upcoming fundraising events with U.S. congresswoman Liz Cheney, the former president’s top target for defeat in the 2022 election cycle.

What do you think about Mace’s #GraffitiGate? Vote in our poll and post your thoughts in our comments section below …