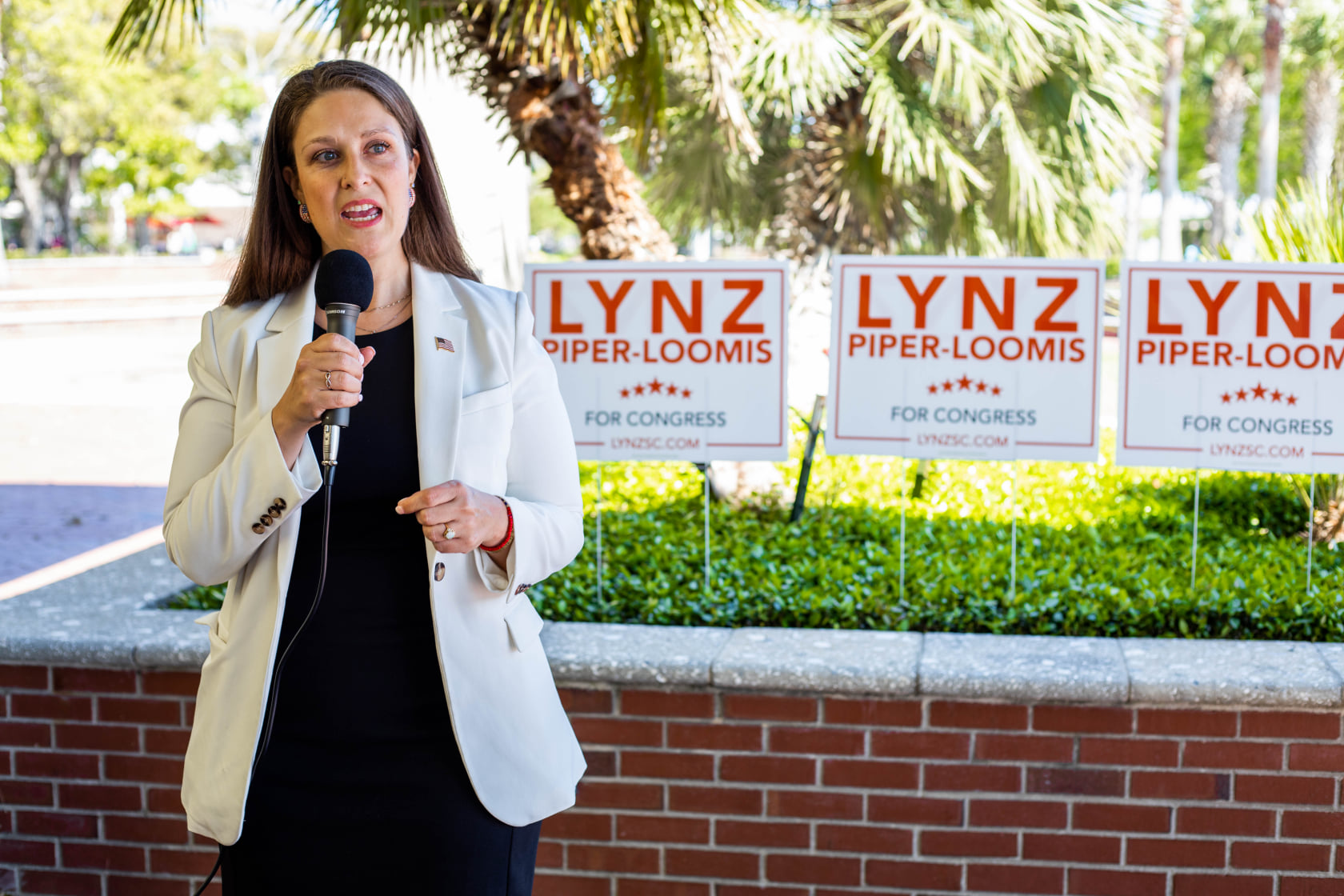 A Republican challenger to incumbent congresswoman Nancy Mace held a mask-burning bonfire over the weekend, calling the gathering a statement against oppression and tyranny.

“This is saying no to tyranny,” said Lynz Piper-Loomis, who kicked off her campaign against Mace last month. “This is a statement to my opponent – who supported the communism, socialism and Marxism.”

“We’re not just burning our masks,” Piper-Loomis said, referring to her gathering as part of an ongoing effort by lovers of liberty to rebuke a host of encroachments emanating from the left.

She specifically cited critical race theory, which holds that present and future racism against white people is acceptable in light of racism perpetrated against black people in the past.

That issue just keeps cropping up, doesn’t it?

Piper-Loomis (whose first name is pronounced “LIN-zee”) is a devout supporter of former U.S. president Donald Trump. As my news outlet noted in its initial treatment of her candidacy, she is a caregiver to her husband – a veteran who was wounded while fighting overseas in the Middle East. In 2019, she was selected to represent the Elizabeth Dole Foundation – an organization which works “with leaders in the public, private, nonprofit and faith communities to recognize military caregivers’ service and promote their well-being.”

In that capacity, she has traveled to Washington, D.C. to lobby members of congress on behalf of caregivers’ issues – meaning she has some experience in the corridors of power in our nation’s capital.

In announcing her candidacy, Piper-Loomis said she is seeking an “accountable, trustworthy government and election process” as well as “unity, honor, and civility towards one another as we create solutions for our nation.”

While Piper-Loomis touts unity and civility, there is occasionally a brusqueness to her rhetoric.

“No compromise! The line has been drawn!” she wrote in one of her recent Facebook posts. “America First or communism, socialism, and Marxism. You choose. My choice is freedom every time!”

In fairness to Mace, days before Piper-Loomis’ mask-burning event was held the first-term GOP lawmaker – who has enraged conservatives with her Trump-related vacillations over the last few months – joined several of her “Republican” colleagues in calling on U.S. House speaker Nancy Pelosi to modify the chamber’s mask rules based on new guidance from the U.S. Centers for Disease Control and Prevention (CDC).

“CDC guidance states fully vaccinated people no longer need to wear a mask or physically distance in any setting except where required by governmental or workplace mandate,” Mace and other members wrote in a letter (.pdf) to Pelosi. “It is time to update our own workplace regulations. The United States congress must serve as a model to show the country we can resume normal life through vaccination. Let’s follow the science and get back to work.”

“Members of Congress have operated under the strictest of Covid-19 precautions for over a year now, fundamentally altering the way we do the people’s business and limiting our constituents access to us,” she said. “It’s time for Nancy Pelosi to accept the science and let us get back to normal. We were elected to do a job, it’s time to get to work to lead our country through Covid-19.”

Mace defeated incumbent Democrat Joe Cunningham last fall to reclaim a seat the GOP previously held from 1981-2019. As I noted in a column last week, her positioning with GOP primary voters has become precarious of late given her inconsistent support for Trump – who continues to enjoy monolithic support among the Palmetto State’s Republican establishment.

Is Trump actively recruiting a challenger to Mace? Not yet (at least not that I know of) … but it certainly seems as though he could be headed in that direction very soon.