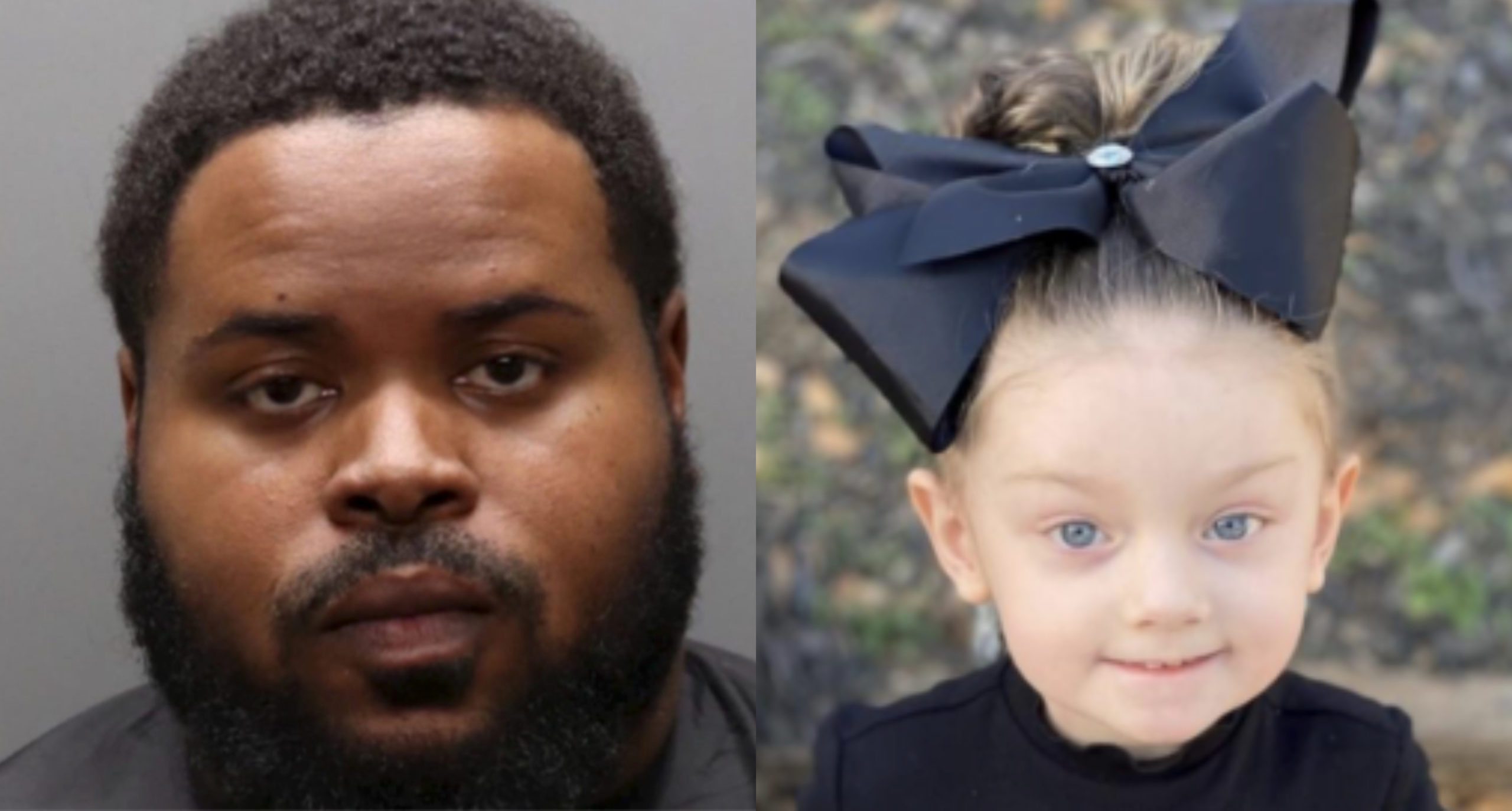 On Saturday, Jerry Austin Robinson, husband of former “Worst Cooks in America” winner Ariel Robinson, posted $150,000 bail on Saturday and was released from the Greenville County Detention Center, according to jail records.

The Robinsons were scheduled to adopt Victoria on January 19 — the day they were charged in her murder.

According to the order for bail, Jerry Robinson was placed on house arrest at his parents’ home, where he will be monitored by a GPS tracking device while he awaits his trial. Minors will not be allowed in the home.

Jerry Robinson can’t own any firearms while out on bond. He is not allowed to contact anyone under 18, but might be able to see his own children.

Family court officials will determine if Jerry can have contact with his biological children, Judge Letitia Verdin wrote in the order for bail. However, if officials decide he can see his two sons, who are now living with Ariel’s parents, the meetings would be supervised by the South Carolina Department of Social Services (SCDSS).

Click below to see Jerry Robinson’s order for bail.


In Friday’s hearing, the prosecution revealed several devastating details of the hours leading up to Tori’s death on January 14.

Soon after Jerry Robinson was arrested on January 19, he turned on his wife and told police that Ariel was the one who beat Tori on January 14.

According to assistant Christy Kednocker–Sustakovitch, Jerry Robinson said it all started that morning when Victoria wasn’t eating her pancakes fast enough. He told police that Tori “got it worse” than the other children, and Ariel would get angry at Tori often — particularly about her eating habits.

“He heard Ariel beat Tori with a belt from outside of the house and Tori was crying,” Kednocker–Sustakovitch said at the bond hearing Friday.

Jerry Robinson then went inside and saw his wife standing over Tori with a belt.


“You’re not done, you don’t get to tell me when you’re done,” Ariel screamed at 3-year-old Tori, according to the prosecution.

Jerry Robinson saw how badly she was beaten.

“Look at her, you’ve done too much,” Jerry Robinson told his wife Ariel, according to the prosecution. “You went too far, you went too far this time.”

Ariel Robinson then bathed Tori in epsom salts, while Jerry Robinson went to the store to get medicine for the bruising around 1 p.m. before he returned and called 911, according to his statement to authorities.

Around 2 p.m., Jerry Robinson called  911 call and said his daughter drank a lot of water and they were trying to do CPR on her.

First responders who arrived on scene immediately detected child abuse and said Tori’s body was covered in deep bruises and abrasions, according to the prosecution.

Tori was pronounced dead at the hospital on January 14. The medical examiner said she died of blunt-force trauma.

Kednocker–Sustakovitch said investigators “find the case to be horrific” and “one of the worst they’ve had to work.”

Click below to see the incident report in the case..


Jerry Robinson’s attorney Lucas Craig Marchant argued that his client has been cooperative and should be separated from the action’s of his wife.

Marchant said that Jerry Robinson is “extremely remorseful” and will testify at trial if needed. Marchant argued that he didn’t have a criminal record.

Ultimately, the judge decided Jerry Robinson wasn’t a flight risk nor a danger to society.

If Jerry Robinson violates any terms of his bond, he will go back to jail, where he will stay until the case is resolved.

In Friday’s hearing, Marchant said that there could be a potential civil case in the works against SCDSS. He said Jerry Robinson has been “helpful in shedding light” for attorneys looking into that lawsuit.

At the time of her death, Victoria Rose Smith was in the custody of SCDSS— a scandal scarred agency that has been blamed in the deaths of multiple children in recent years. Jerry and Ariel Robinson began fostering Tori and her two brothers in March 2020.

Since Victoria’s death, more than 42,000 people have signed a petition asking state lawmakers to reform the child welfare agency.

“We are shocked and saddened by this turn of events but we are NOT defeated,” Victoria’s biological aunt Michelle Urps said on Facebook this weekend following Jerry Robinson’s bond hearing. “We are still going to reform the system that put Victoria with these monsters and we will be front and center for every aspect of this criminal process. We will get justice for Victoria!”

FITSNews will continue to cover this tragic story. Stay tuned for more develops….