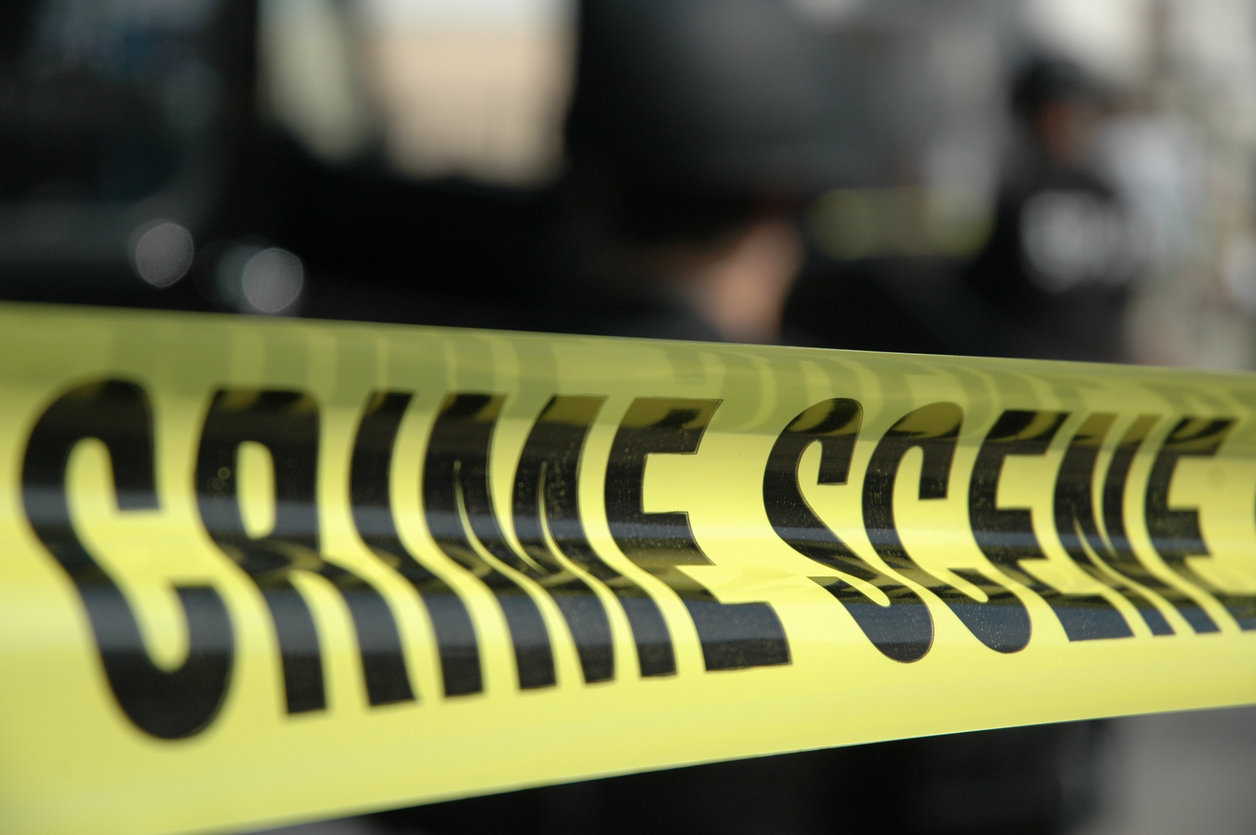 It’s been more than three years since former South Carolina Department of Social Services (SCDSS) director Lillian Koller resigned in disgrace from her job.  The liberal bureaucrat – hailed repeatedly by former governor Nikki Haley as a “rock star” – was an unmitigated disaster as SCDSS leader.  On every front imaginable.

Don’t believe us?  Read this article …

There were any number of reasons why Koller stepped down (against Haley’s wishes, it’s worth remembering), but arguably the most prominent among them was the sad and shocking tale of Robert Guinyard, Jr. – a four-year-old boy who was placed into an abusive home by SCDSS despite repeated warnings about his safety.

What happened to Guinyard?  He was brutally murdered.

One week after Guinyard’s death, this website published a story quoting unnamed sources alleging that the boy “was placed in the home by (SCDSS).”

Not only that, we were told the agency put Guinyard back into the home even though his mother explicitly said she didn’t want him – and even though a relative was attempting to gain custody of the child.

“The aunt of the child was trying to get custody, but the child was beaten to death before that could happen,” a source close to the family told us at the time.

SCDSS continues to fail both citizens and taxpayers on virtually every front – including complying with a court settlement related to its child welfare case workers.

And as much as we wish it were otherwise, it certainly appears there is more blood on SCDSS’ hands … 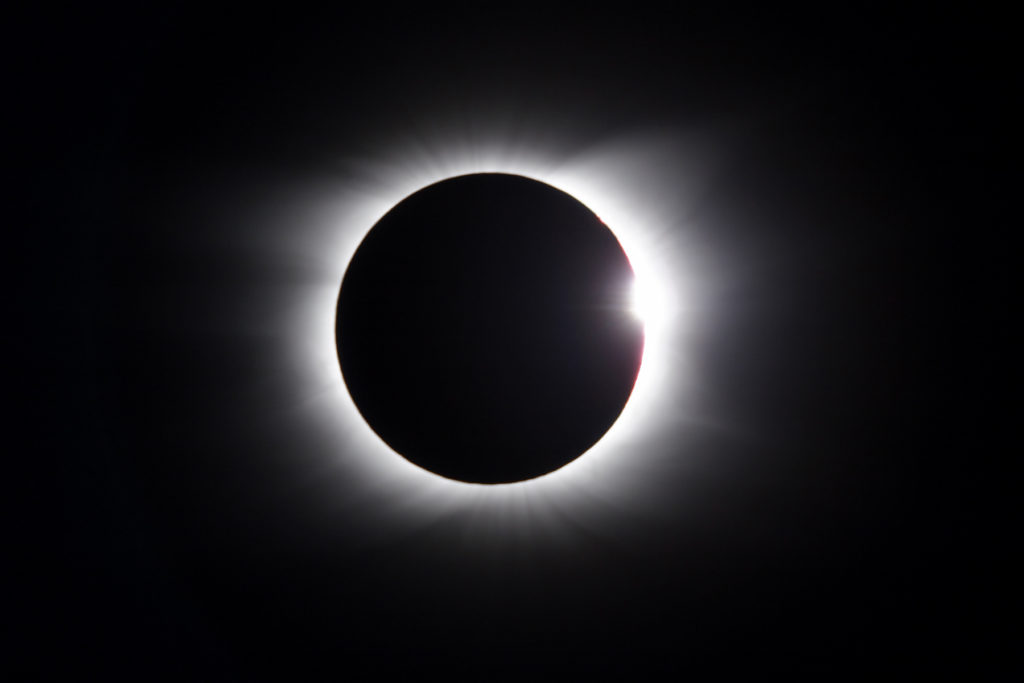 On August 21, as millions of South Carolinians were gazing up to the heavens and marveling at the Great American Eclipse – eight-month-old Camden Shaw Kidder was beginning the unspeakably horrific end to his brief and brutally violent stay on our planet.

We don’t know all of the details about his death.  Nor do we honestly want to know them.  Frankly, we’re not sure we could stomach them based on what those who know them have told us.

Suffice it to say that Baby Camden suffered a catastrophic blunt force trauma to his head on that fateful August afternoon that left him without breath in his lungs and in cardiac arrest.  At least that’s how Anderson County paramedics found him upon arriving at the Mahaffey Road residence in Williamston, S.C. where the assault against him took place.

Who made the call?  We don’t know at this point …

We do know Baby Camden was eventually rushed to Greenville Memorial Hospital, arriving there at 8:30 p.m. EDT on the evening of August 21.  Three days later – after fighting valiantly against all the evil he endured to remain a member of the human race – he was taken off of life support and pronounced dead.

Think about that for a moment … three days.

After what we are told was months of sustained abuse culminating in this deadly attack against his person, this unbelievably brave, strong, small child fought to stay alive for three days.

You would think he would have given up sooner …

“I don’t even know how they resuscitated him at all,” a source familiar with the situation told us.

This is no unsolved mystery.  Far from it.

Both are currently being held at the Anderson County, S.C. detention center … 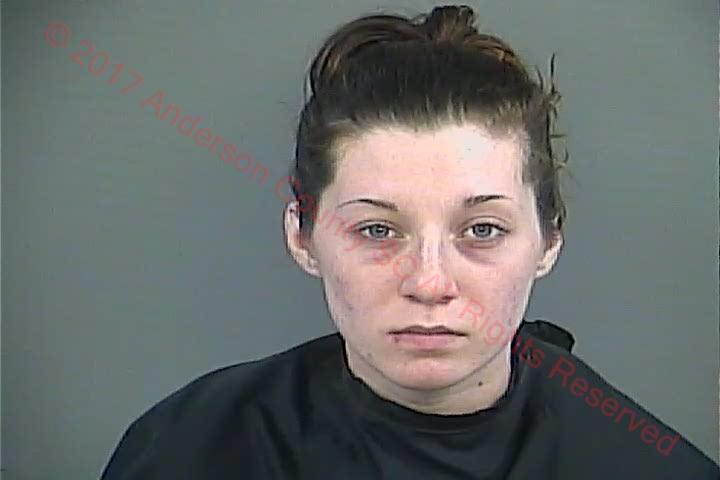 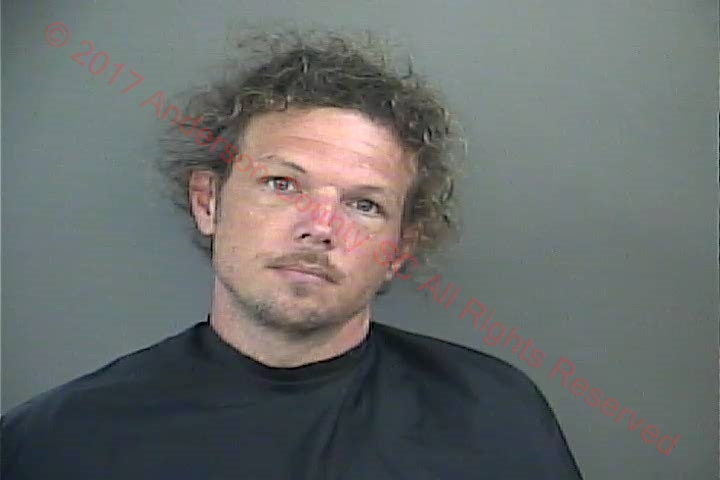 Additional charges could be filed …

In addition to Otto, Roach and Baby Camden, four other people were in the home at the time of the alleged assault: Roach’s two children from a previous relationship (ages six and eight) and two adults who were living at the residence after being displaced from their home by a fire.

Who knew what, when?  Again, at this point we don’t know … and maybe we’ll never know.

Knowing isn’t going to change what happened, either.

“We are heartbroken over this case,” Anderson County sheriff Chad McBride told Fox Carolina at the time.  “The detective working this case has said that it is one of the worst cases of child abuse he has seen in his forty years of law enforcement. The Anderson County Sheriff’s Office is committed to seeking justice for baby Camden.”

That’s an admirable sentiment … but where was Baby Camden’s help when it mattered?  Where was that “justice” when it might have actually intervened and saved his life?

More importantly, why does this keep happening in South Carolina?

And perhaps most importantly, does our state ever expect these horror stories to end so long as our government keeps perpetuating the underlying problem?

There are dozens of painful but absolutely necessary questions that must be asked in this case … and we’re not just talking about the ongoing criminal investigation being conducted by the Anderson County sheriff’s department, the S.C. State Law Enforcement Division (SLED) and the aforementioned “child welfare” agency. 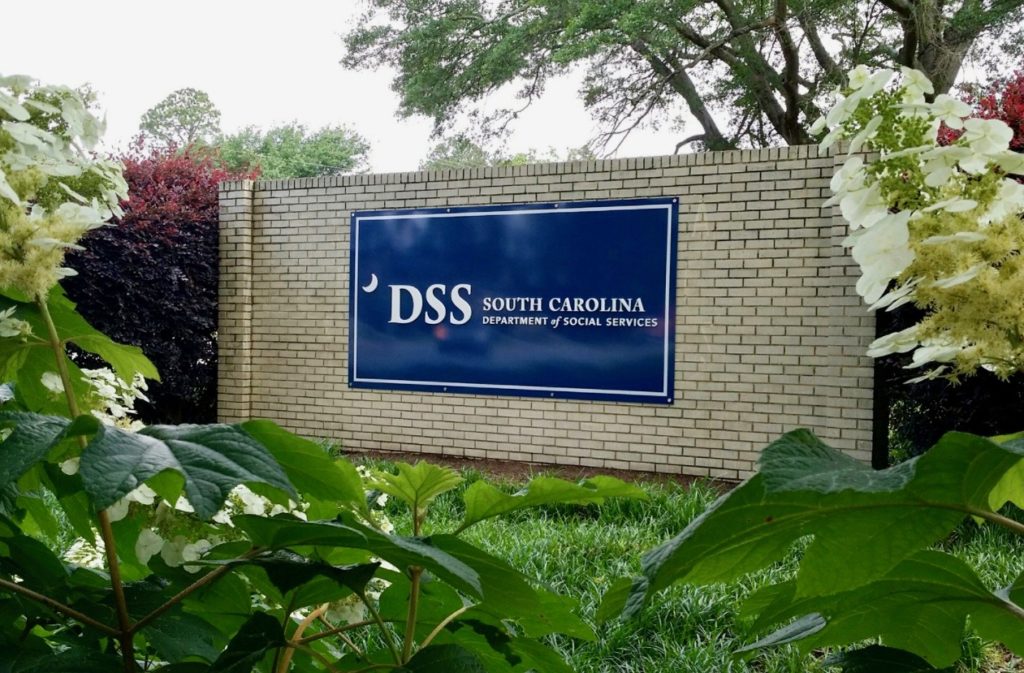 “THEY MISSED ALL THE SIGNS”

According to sources familiar with this ongoing investigation, as many as eleven separate child welfare investigations were initiated into Roach by SCDSS.  The final investigation was reportedly concluded less than a month before Baby Camden’s death.

“Eleven investigations and he still has his kids?” one Upstate children’s advocate familiar with the case told us.  “How?”

That’s a good question … unfortunately, as is the case with all of our inquiries, SCDSS refused to respond to us for this report.

A twelfth SCDSS investigation – one focused on Otto, not Roach – was also launched, ultimately determining that child abuse allegations against her were “unfounded.”

Still, we’re told numerous pieces of evidence were missed by SCDSS during the course of their various investigations of Roach and Otto.  We’re also told the agency’s many inquiries into Roach’s alleged abuse of his two biological children failed to account for the possibility that he might harm – or may have previously harmed – Baby Camden.

If SCDSS is investigating allegations involving one child, it has an obligation under the law to look after the wellbeing of any other children living under the same roof as the alleged abuser.

“They have an obligation to check all the kids in the home,” one source familiar with the investigation told us.  “If they had looked at the child, they would have found injuries.  There are numerous photos of him with bruises all over his face.

Not only that, we’re told SCDSS had those photos in its possession.

“They missed all the signs,” our source said.  “You can’t tell me that they really investigated that case.  This kid was tortured the last four to five months of his life.  He was covered in bruises for months.”

In fact, on the day of the eclipse Roach took Baby Camden to Cedar Grove elementary – a government-run school in Williamston.  Several sources at the school observed bruising on the child’s face.

At multiple stages of his life, Baby Camden’s injuries were evident – or should have been evident – to those tasked with ensuring his well-being.

Still, he died one of the most brutal deaths any adult could fathom – let alone endure.  And he endured it as an eight-month-old child.

How on earth were any of these children allowed to reman in the custody of these “parents?”

“Most SCDSS workers and attorneys are livid,” our source told us.  “They all know what happened here.” 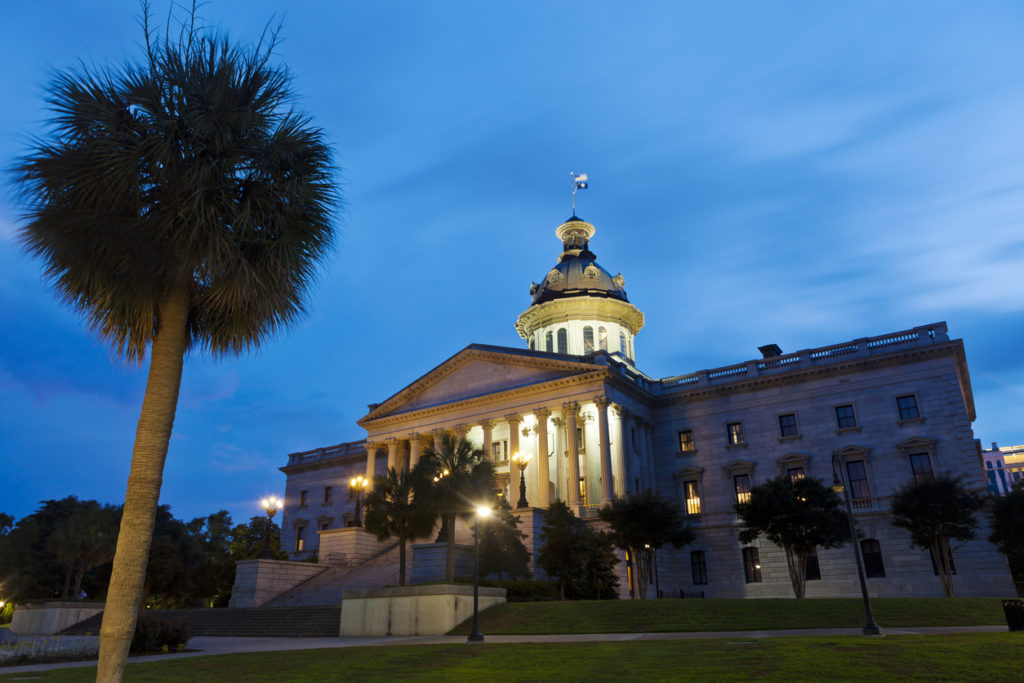 As much as this website has slammed SCDSS in the past – and deservedly so – the agency’s negligence isn’t the only issue in this case.  A big part of the problem is the broken structure into which its overworked, underpaid social workers are plunged.

“You take uneducated – I mean young, naive, untrained caseworkers – and basically make them an ‘expert’ in child services,” a source familiar with SCDSS’ process told us.  “They easily put in sixty hours a week and are paid nothing.”

And that’s just to remain in compliance with a settlement agreement from a 2015 federal court case, Michelle H. v. Haley.

Will all of this new money and manpower – assuming it materializes – make a difference?  Sadly, probably not.  It certainly hasn’t yet.

As it stands now, the Palmetto State’s code of laws is grounded in an unswerving conviction that best interests of all children are served when they are reunited with their biological parents – or their blood relatives.  This prevailing view mitigates all sorts of aggravating factors that would otherwise lead to vastly different decisions on behalf of the children.

“The code is built on that legal principle,” our source explained. “The law presumes that best interest of the child is best served by reuniting them with their family or placing them with biological relatives.  It’s just not, though.”

“The statute is one size fits all – rehabilitate the family and send the kids back,” our source said.  “They do everything possible to NOT place the child in foster care.”

That’s true … partly because SCDSS’ efforts to expand its foster care community have been a costly, unqualified failure.  Like everything else the agency touches.

“You cannot rehabilitate a pedophile,” our Upstate children’s advocate told us. “It can’t be done.  Yet, the statutes require that SCDSS give the molester a treatment program, and if they complete it, the child goes home to a smarter pedophile.”

Or a smarter abuser …

“The fundamental problem with SCDSS is the way the legislature wrote the children’s code,” our source explained.  “Their goal is to reunite families whenever possible. Every time. No matter how many times.”

Even if that means needlessly (and in some cases, recklessly) placing children like Baby Camden in harm’s way …

Until this underlying dynamic changes, nothing is going to change – no matter how much money gets dumped into the system.  No matter how many caseworkers are hired by SCDSS.  And no matter how experienced those caseworkers wind up being.  As with so many other problems in South Carolina, until the structure is fixed positive outcomes will remain elusive.  Meaning additional taxpayer investment will only prove counterproductive.

And the cycle will likely repeat again next year …

But this case is more than numbers.  Bigger than budgets.  It is deeper than dissecting departments or blasting bureaucrats and politicians for their chronic, increasingly expensive failures.  It is an unspeakable – and completely avoidable – tragedy.  A savage inhumanity that never should have been allowed to happen.

Unfortunately, it is inhumanity that will continue happening in South Carolina until our state’s leaders learn how to actually solve problems instead of just throwing more money at them.