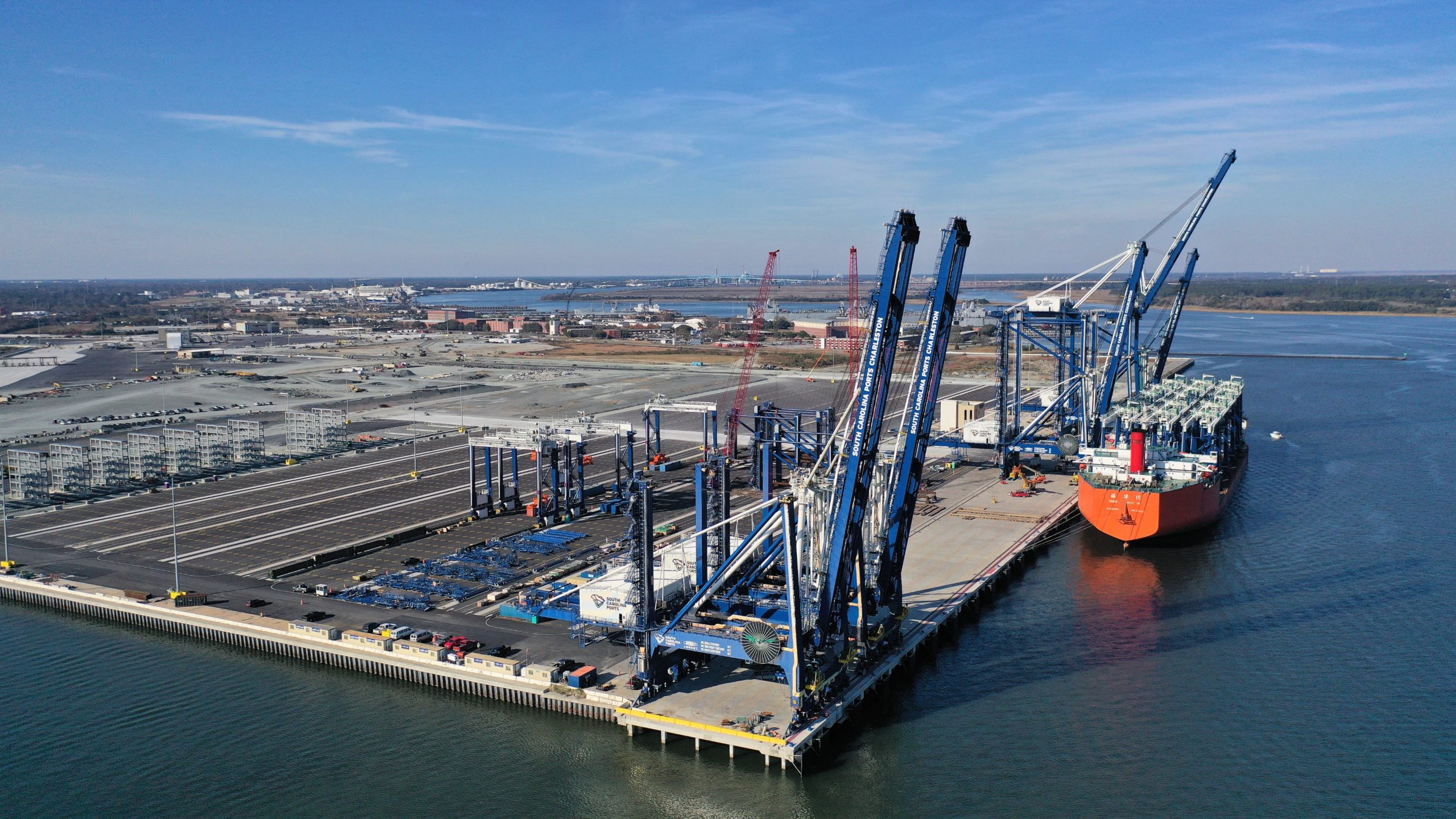 The results-challenged South Carolina Ports Authority (SCPA) has a huge problem on its hands when it comes to the new Hugh Leatherman terminal in North Charleston, S.C.

And no, we are not talking about the dubious financing for this massive facility – which port officials claim will help the Palmetto State make up some of the ground it has lost to neighboring Georgia in recent years.

No, this time we are talking about a labor problem … as in trouble with the unions who wield tremendous influence on the waterfront in Charleston harbor.

Yes, but that doesn’t mean unions aren’t active here – it just means membership in their ranks cannot be made compulsory. In fact, SCPA is one of many state agencies that uses union labor to “supplement” its own work force.


Anyway, this week the office of S.C. attorney general Alan Wilson announced it was filing an “unfair labor practice charge” against the International Longshoremen’s Association (ILA), its Local 1422, and the United States Maritime Alliance (USMX) for “attempting to implement a secondary boycott to acquire new work for the union.”

Secondary boycotts take place when two parties – in this case the ILA and USMX – conspire to work against a third party. Such practices are illegal under the National Labor Relations Act (NLRA).

“It is unlawful for a union to coerce a neutral employer to force it to cease doing business with a primary employer,” noted an explainer page hosted by the National Labor Relations Board (NLRB), which hears disputes involving labor unions and employers.

Wilson’s office is accusing ILA and USMX of “pressuring ocean carrier customers not to use the state’s new Hugh Leatherman terminal” because they object to the “hybrid” model of port employment – in which unionized labor works alongside employees of the SCPA.

“The ILA has long aspired to perform all of the waterfront work in South Atlantic ports, including the work being done by the state employees of the SCPA,” the release from Wilson’s office noted. “After the Hugh Leatherman terminal was permitted and construction was underway, the ILA added a provision to its master contract with the USMX that the ILA is now claiming applies to the (terminal). Part of that provision is that USMX members may be prohibited from using a new facility if work at that facility is not performed by master contract bargaining unit employees.”

“The union is expected to follow the rule of law like everyone else,” Wilson said. “South Carolina has long been a staunch right-to-work state and the union cannot undermine our laws guaranteeing the right to work. Those laws do not permit the union to take over jobs from state employees.”

The release went on to say that Wilson’s office was taking this action “to protect the jobs of hundreds of South Carolinians working for the SC Ports Authority and the investment that the SCPA and state taxpayers have made in a highly competitive port system.”

To be clear: We have no issue with Wilson pursuing this charge. In fact, we support the action. If unions are breaking the law in an attempt to gain an unfair competitive advantage – which it certainly seems is happening – then it is Wilson’s affirmative duty to step in and take action on behalf of the state.

So he is doing what he should be doing …

Having said that, for the attorney general to claim the Palmetto State is running a “highly competitive port system” is an utterly laughable assertion. In fact, as we have documented on numerous occasions, the exact opposite is true.

With a capable assist from former governor Nikki Haley, the current leadership at SCPA has run the port of Charleston into the ground – while also failing to develop the east coast’s last remaining deepwater port location in Jasper county. As a result, Georgia is absolutely crushing South Carolina when it comes to maritime traffic.

As we’ve said for years, one of the keys to restoring South Carolina’s competitive position on this front involves abandoning the current port management model – i.e. bickering government appointees – and adopting a landlord-tenant arrangement instead.

This would allow private sector firms to manage the state’s port infrastructure (with taxpayers retaining ownership of the assets). Such a move – championed by pro-free market lawmakers like state senator Tom Davis – would free up potentially hundreds of millions of dollars in public money for needed infrastructure enhancements (including the proposed Jasper port).