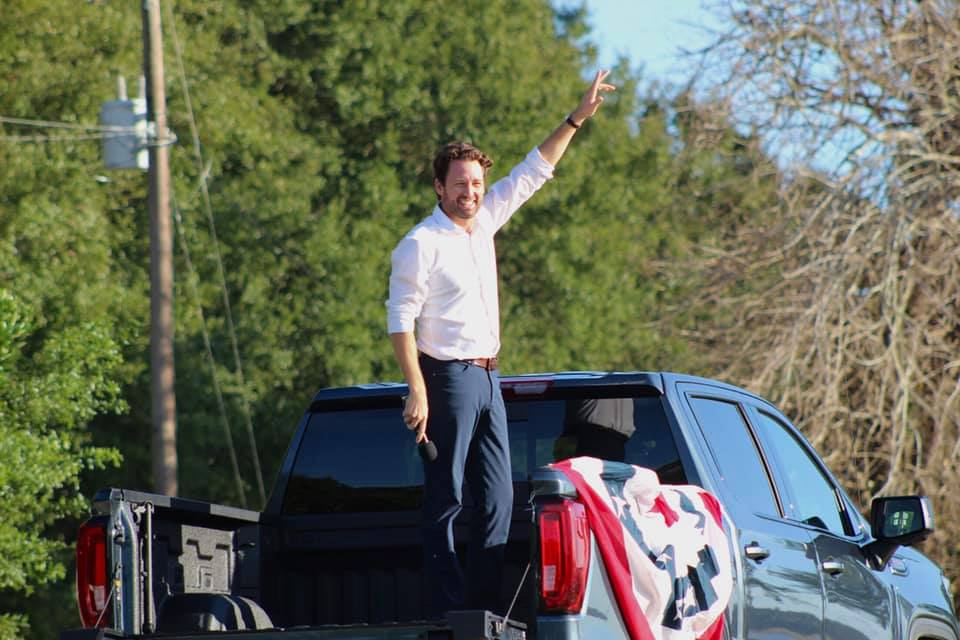 We’re not exactly sure what former U.S. congressman Joe Cunningham has in mind for his future after losing his seat to Republican Nancy Mace in last fall’s battle for the Palmetto State’s first congressional district.

Perhaps he is returning to his career as a lobbyist?

Or maybe he is giving it another go as an, um, “ocean engineer?”

From the looks of it, Cunningham is remaining very much engaged in the political arena – as evidenced by a flurry of tweets sent out during the mostly uninspiring 2021 “State of the State” speech delivered last week by governor Henry McMaster.

“We cannot address the challenges of today with the same old politicians with the same old ideas that got us here in the first place,” Cunningham tweeted. “We need new people with new ideas – better ideas – to unleash South Carolina’s full potential.”

He gets no argument from us on that score …


Cunningham went on to say South Carolina needed “strong leadership to get people vaccinated to see us through this pandemic.”

Once again, he gets no argument from us on that count … as we have repeatedly chronicled the extent to which McMaster has been an unmitigated disaster in terms of his (mis)handling of the coronavirus pandemic.

Cunningham was just getting warmed up, though, pivoting to the familiar “tax-and-spend” rhetoric geared toward the Palmetto State’s worst-in-the-nation government-run schools.

“We must deliver real and impactful pay raises for our teachers, and create new innovative revenue streams to provide solutions – not excuses – to our state’s most pressing issues,” he said.

Hmmmm … clearly Cunningham has not been paying attention to the revenue situation in South Carolina under “Republican” rule. Or to the ever-escalating piles of money that have been flowing into the schools – and subsequently hoarded by the schools.

Because last time we checked growing government is neither a “new” nor “innovative” solution to South Carolina’s problems … it is a demonstrably failed approach.

Anyway, Cunningham’s comments regarding state-level policy were accompanied by a curiously campaign-sounding pronouncement …

“It’s a new decade with new challenges and we must demand more from our state and its leaders than we have in the past,” he tweeted. “From the legislature all the way to the governor’s mansion, let’s provide the accountability we deserve. And insist on a New South that makes us all proud.”

As expected, chatter on social media and in the Palmetto political echo chamber perceived Cunningham’s tweets as the opening salvos in a prospective campaign for the 2022 Democratic gubernatorial nomination. That race would likely pit him against a host of black candidates including second-term state senator Mia McLeod – who delivered her party’s response to McMaster’s ‘State of the State’ speech last week.


McLeod is among the rumored 2022 frontrunners for the Democratic nomination, which has gone to a white Democratic male in each election cycle since 1994.

Will 2022 be the year that sees this trend broken?

“I assume our next nominee will be an African-American,” one prominent Palmetto State Democrat told us confidentially.

We assume the same … although Cunningham would certainly be a formidable contender for the Democratic gubernatorial nomination should he choose to seek it.

Which certainly appears to be what he is doing …

Beyond that? His prospects are considerably dimmer. Democrats are still reeling after the statewide curb-stomping they received in South Carolina last fall – a “red storm” that saw Republicans sweep the state. As we have often pointed out, the perpetual minority party has not won a statewide election since 2006 – and has not won a top-of-the-ticket statewide race since 1998.